It was November of 2004 in Iraq, and an RPG hit the helicopter. 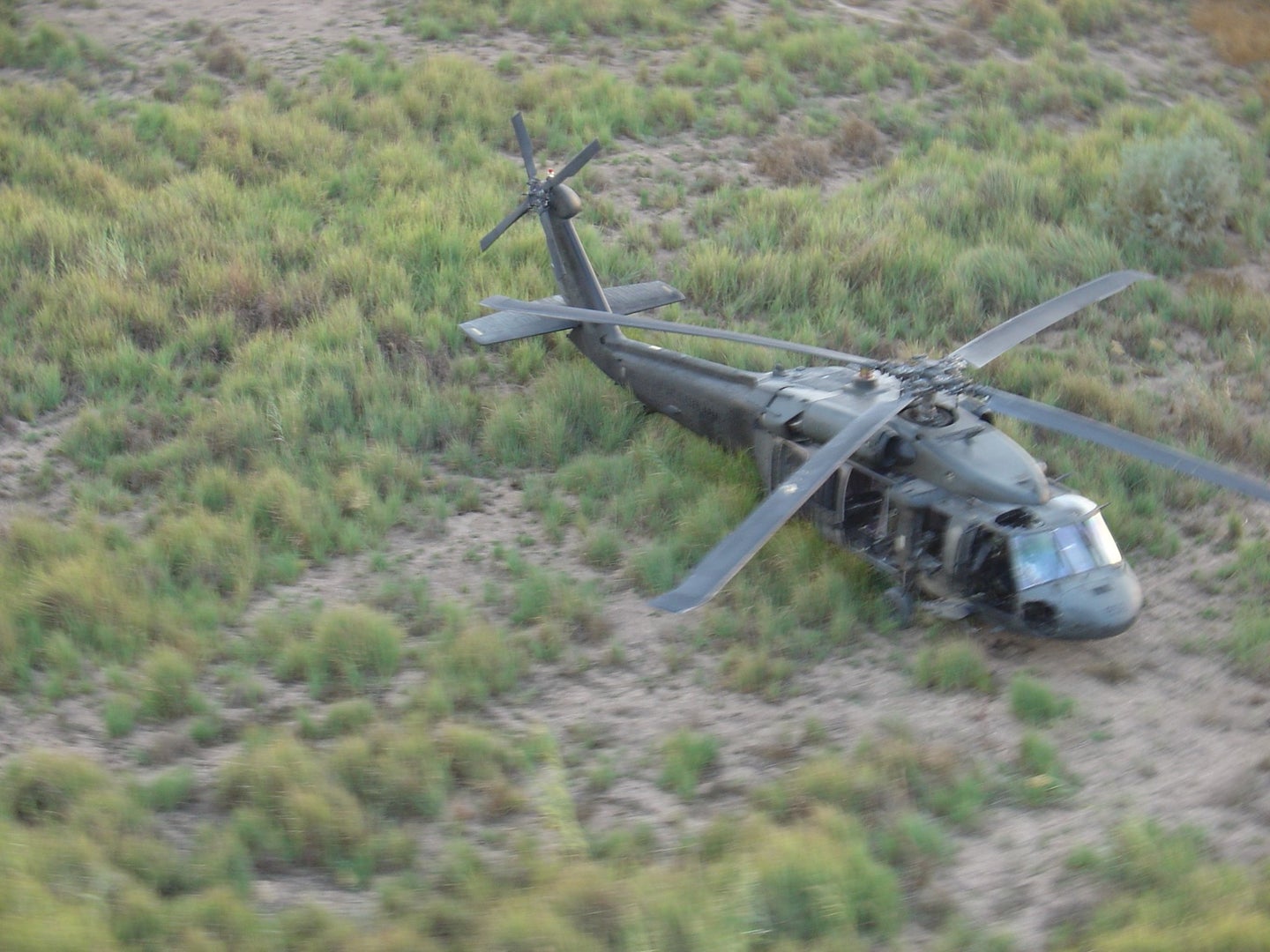 The following is an excerpt adapted from Every Day is a Gift by Tammy Duckworth.

As our Black Hawks lifted above the dusty airfield, I could see the muddy Tigris River snaking by just to the east. I maneuvered our helicopter into Chalk One, the lead position, with CWO Meunks’ aircraft flying just to our right as Chalk Two. Though it was possible to fly a straight line between Taji and Balad, the First Cavalry Division flight controllers dictated our departure flight path, after which we’d pick up a previously planned route, all designed so that the enemy couldn’t predict our movements.

We had been in the air for about 10 minutes when I heard Dan’s voice through my headset. “Hey, stick pig!” he said. “How about letting me get some flying time?” I smiled. Dan knew I would pilot the bird for as long as he’d let me, and he had let me do it all day. But this was our last 15 minutes, so he wanted to take the stick. “You have the flight controls,” I told him, initiating the standard 3-call-and-response to ensure a smooth handover.

“I have the flight controls,” Dan replied. I confirmed the transfer once more verbally, and with that, Dan was now in control of the Black Hawk.

As Dan took over, I made one last call to the flight controllers at Taji. A minute later, a grove of date palms came into view. These groves were like little oases scattered across the desert, their rows of tall palms swaying in the breeze. We were flying at about 130 MPH now, skimming along about 10 feet above treetop level, when I heard an unmistakable tap-tap-tap-tap. I knew instantly what it was: small-arms fire hitting the metal fuselage outside my right door.

“Fuck,” I said to Dan. “I think we’ve been hit.” My training kicked in, and although our GPS hadn’t been working that whole day—we’d been using old-fashioned printouts and paper maps—I instinctively reached forward to push “target store” on the GPS to record the exact location of enemy fire.

And then the world exploded.

A rocket-propelled grenade blew through the Plexiglass “chin bubble” at my feet and detonated in a violent fireball right in my lap. The explosion vaporized my right leg. It blew my left leg up into the bottom of the instrument panel, shearing off the shin below the knee and leaving my leg hanging by just a thin thread of flesh. And because I had leaned forward, reaching to activate the GPS, the explosion also tore through my right arm, violently shredding it into a bloody mess of muscle, sinew and bone. In a single, shattering instant, my body was blown apart. My skin was burned and riddled with shrapnel, and blood began pumping out of my wounds.

[Related: Senator Tammy Duckworth on why AI should never fully replace humans in the cockpit]

I didn’t know any of this. At the moment of the explosion, my brain went into overdrive trying to figure out what to do next. Dan hadn’t responded when I said we’d been hit, so I thought he must be severely wounded. I called out to Chris and Kurt, but no one answered.

In shock and acting on pure instinct, I tried to fly the helicopter. Unaware that my legs were gone, and focused on finding a landing spot, I struggled to press the pedals. At the same time, I tried to pull on the cyclic stick between my legs, which controls the rotor and almost certainly had stopped functioning. The RPG had knocked out our avionics system, so we couldn’t hear or talk to each other, and the cockpit was quickly filling with black smoke. We’re gonna get a compressor stall, I thought, knowing the number two engine must have sucked in debris from the explosion. We’re going to have a hydraulic failure. My mind was whirling, frantically trying to solve each new crisis.

The Black Hawk rattled and shook, not responding to anything I did with the flight controls. We had to land, but what little I could see through the cracked windshield was all palm trees. If we couldn’t find an open space in a matter of seconds, we’d have to ditch in the trees, where the rotor blades would beat us up once they hit the branches. God, we need a place to land! my brain screamed—and just then, by some miracle, a small opening of grassy land appeared.

It came under us so fast, we’d have to make an impossibly steep approach not to overshoot. I kept trying to steer us to the opening, pissed that my pedals wouldn’t work and completely unaware that Dan was controlling the bird. The helicopter went into a very steep, very fast descent. I pulled up on the collective, the stick just to my left that controls the pitch of the rotors, trying to slow our descent and cushion our landing. For a fleeting moment, I wondered why the flight instruments looked so much larger than normal. As Dan would later tell me, this was because I was slumped over in my seat, my face just inches away from the instrument panel.

Then, suddenly, we were on the ground. I saw the rotor blades jolt to a stop not even a quarter turn into their rotation, and despite the chaos and smoke, I noticed that one of the engine Power Control Levers (PCLs) hadn’t been pulled fully back into the off position. I tried to reach up to pull it back, but that was the last straw for my ravaged body. As I collapsed forward, I saw grass poking up through the bottom of the cockpit. Why the fuck is there grass coming through the chin bubble? I thought.

And then everything went black.

There were a lot of heroes that day. Dan Milberg saved all our lives, landing a catastrophically damaged helicopter with extraordinary skill and nerve. Kurt Hannemann courageously went to guard our perimeter, even as he was bleeding out from wounds of his own. Matt Backues used every ounce of his strength to drag my unconscious body across the Iraqi desert, unwilling to leave any comrade behind, alive or dead.

Pat Meunks saved precious minutes by calling ahead for a Medevac helicopter, and Chris Fierce alerted the Medevac team that they needed to check on me, as despite all appearances, he thought I might still be alive. Sergeant John Fischer from Chalk 2 helped carry Chris to safety. First Lieutenant Ura Asher kept his head as the co-pilot, so Pat could focus on making the medevac rescue calls. Colonel Hamm, in his first few hours in country, not only tried to help carry me, he also manned a weapon when Chalk 2 got airborne in case we saw any more of the enemy on our way to Taji.

The doctors and nurses who treated me in Baghdad kept me alive and the troops there rushed to give blood when I desperately needed more.

I didn’t land the aircraft, and I didn’t carry anyone on my back. I wasn’t a hero that day. But that moment in the CSH ER in Baghdad is still my personal proudest moment. Because in the last breath I had before the nurse put me under, which for all anyone knew might be my last breath on this earth, I was still trying to take care of my guys. In the rawest, most traumatic moment of my life, my instinct was to check on my men.

And if those had been my last words, I’d have been fine with that.

From the book EVERY DAY IS A GIFT