The Genesis X Concept electric luxury car is all about design

We don't know any of the Genesis X Concept stats like range or top speed, but it sure looks good in pictures. 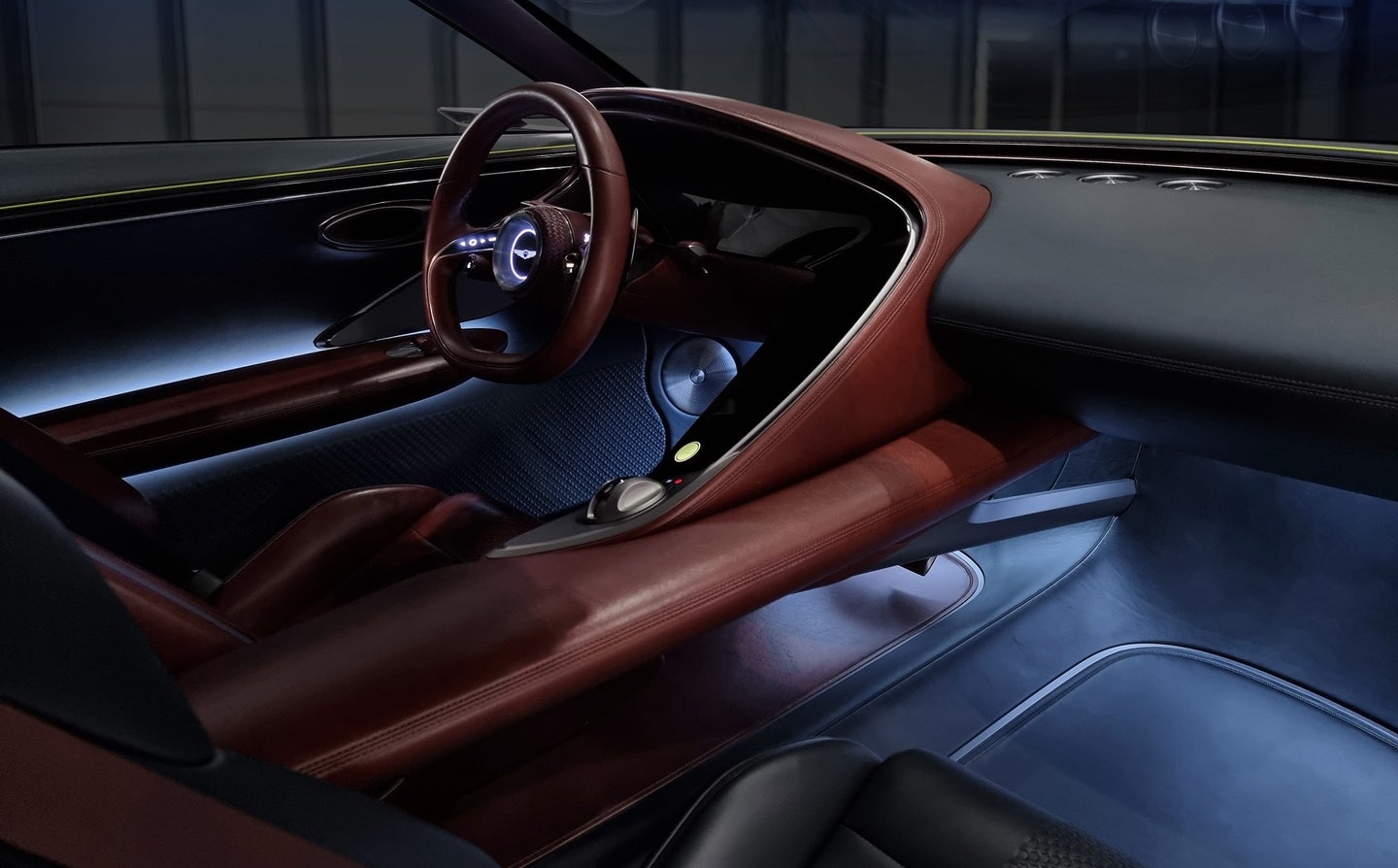 The Crystal Sphere in the console flips over when it's parked. Genesis
SHARE

Electric car company Genesis is no stranger to swanky EV concepts. Two years ago it showed off the diminutive Mint roadster, which sat two on a bench seat and scattered an array of displays around the dashboard to mimic a typical instrument cluster. This week, the company unleashed its latest ambitious idea. It’s called the Genesis X Concept, and there aren’t a ton of technical specifications available at the moment for it. So, if you have questions about the types of battery it uses, top speed, or even range, you’re out of luck.

However, the company has poured on the design details about as thick as we’ve ever seen. The design revolves around a concept it calls “two lines.” Both the headlights and tail lights take the form of a pair of parallel lines that wrap partway around the car. They’re inspired by the Genesis logo. The grill draws from a similar creative well, creating a grid that’s also meant to evoke the company’s mark.

The announcement material is chock full of the kind of wonderfully over-the-top design language we love to see in an announcement like this. The whole shape of the car–including the genuinely clever one-piece hood that integrates the fenders–was designed to evoke a sense of “Athletic elegance,” says SangYup Lee, Head of Genesis’ Global Design in a company press release.

The vehicle’s Lençóis Blue paint color was carefully mixed to match the lagoons found in the Maranhenses national park in Brazil. Look at the car from the side and you’ll find a single line running from the front to the back under the windows. Genesis calls this the Parabolic Line.

Plunk down into the seat and you’ll find the interior of the car similarly packed with fancy design elements. The center console houses a glowing sphere. It flips over when the car is in action to reveal a control dial that drivers can use to select drive modes and also tweak performance elements. It indicates whether the car is on or off, which is necessary since it’s silent when it’s running. Genesis calls this the Crystal sphere.

The cockpit wraps around the driver and the integrated vents tuck nicely into the flowing lines of the dashboard so they’re mostly invisible.

The seats rely on materials from the manufacturing process that are reclaimed to make the upholstery. Genesis claims up to 40 percent of the materials required to outfit a car’s interior get trimmed during manufacturing. It’s picking up those leftovers to make this material.

When can you buy a Genesis X Concept?

As the name suggests, this is just a concept for the moment, so don’t get all excited to get your own car with a Crystal sphere in the center console any time soon. Right now, however, you can buy the company’s G-series sedans or the GV-series SUVs. It’s unclear which worldly lake inspired the colors for those models, however, which hardly makes it seem worth it.