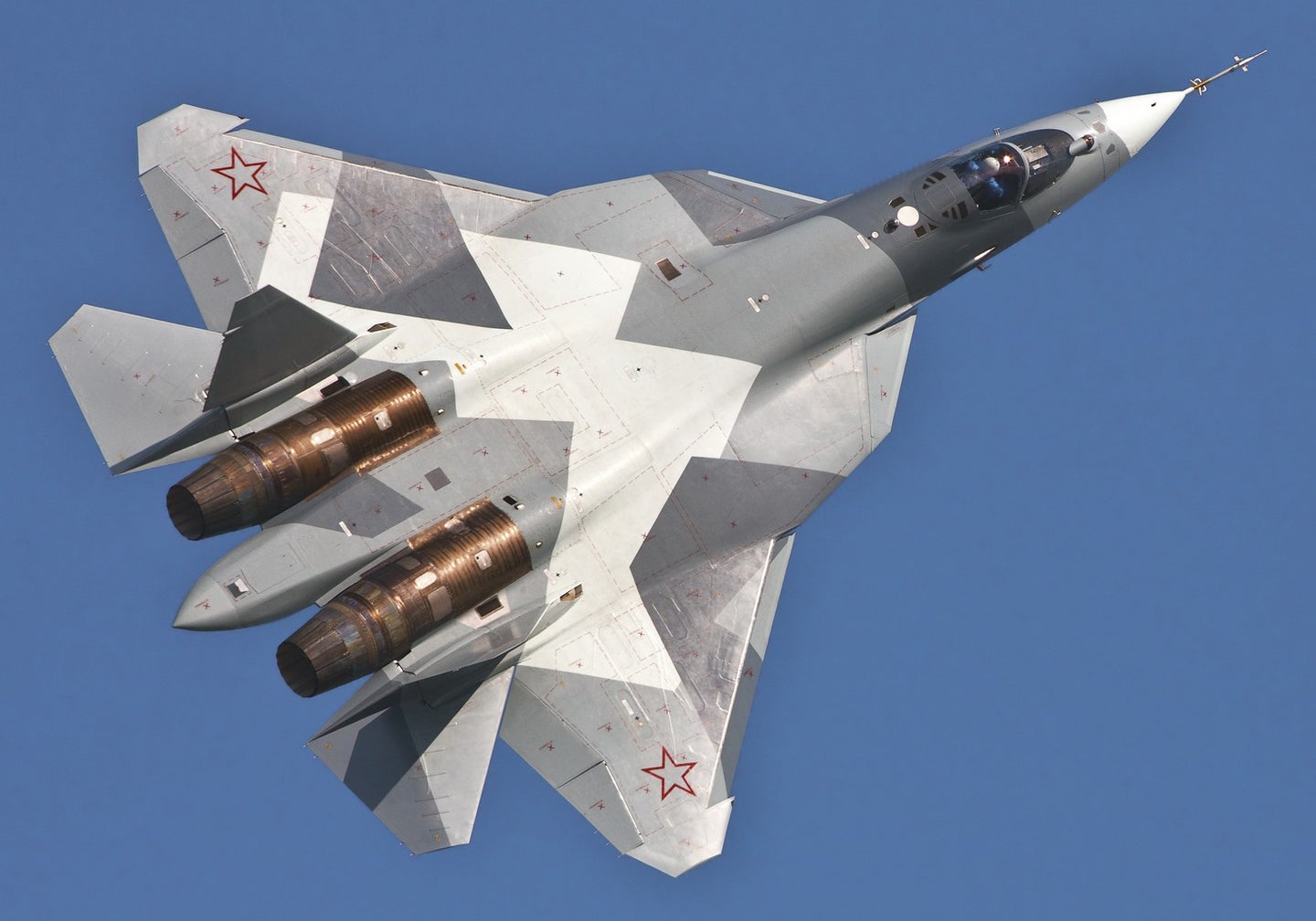 If Russia decides to send planes into combat by the end of this decade, human pilots in those aircraft will still pick targets, but it will be drone escorts that actually drop the bombs. The S-70 Okhotnik, a prototype combat drone produced by Russian defense giant Rostec, is expected to enter military service in 2024 with the promised capability of attacking both air and ground targets.

Guiding the Okhotnik and overseeing its target selection will be a human fighter pilot inside the cockpit of an Su-57, Russia’s fifth-generation fighter and an approximate counterpart to the US’s F-35. Using a combat drone to extend the power and reach of an inhabited fighter, while still keeping a human in charge of firing decisions, is an increasingly common practice among militaries. If it works as promised, it means that this concept will not be limited to the military of the United States or its allies.

The division of Rostec that produces Okhotnik is called the United Aircraft Corporation, and as Tass reported March 25, the manned-unmanned teaming will be part of Russia’s approach to network-centric war.

This will lead to a change in how Russia plans its warfighting, both at the level of campaigns and at the smaller level of battles.

To make that work, the Okhotnik and the Su-57 will share their targeting and sensor data, potentially allowing each aircraft to perceive everything captured by the other’s sensors. Each Okhotnik can carry up to 4,400 pounds of bombs, which is considerably more than what an Mq-9 Reaper in US service can deliver.

In January, an Okhotnik dropped 1,100-pound free-fall bombs on a target at a range north of the Caspian Sea. The Ministry of Defense described this test as one showing that the precision of the Okhotnik’s navigation system was close to that of a precision-guided weapon.

If accurate, this suggests that the drone can offset the cost of guidance systems on a bomb. While bombs are much cheaper than the planes that drop them, the cost difference between unguided free-fall bombs and guided munitions is steep. For example, the GBU-38, a guided bomb used by the United States, starts as a 500-pound explosive that costs $2,000 and then gets an additional $18,000 of guidance equipment attached. This guidance system includes GPS, inertial guidance, and tail fin controls that steer the bomb towards its target, all of which gets destroyed in the blast.

Whether or not the Okhotnik can deliver the accuracy promised is likely less important than the military deciding that close drone placement plus free-fall bombs is good enough for its bombing needs.

And all that targeting will still be routed through the human pilot steering the Su-57 jet, guiding the Okhotnik into place.

“Right now, the Russian military establishment is saying that a human pilot onboard the Su-57 will have a final say [regarding] what targets Okhotnik will strike,” says Bendett. “The S-70 will also have an on-board AI, according to the Ministry of Defense, for faster and more resilient command, control, and scouting.”

The United States, too, is developing armed combat escorts for its fights. Under the Skyborg program, the Air Force hopes to field drones, cheaper than inhabited fighters, to augment the numbers and attack strength of fighter wings.

It will still be years before the Okhotnik enters service. It will do so as part of a greater push from the Russian military to meet and match the strengths of drones used by other nations. This means precision strikes on insurgent and irregular groups, as well as machines useful in potential conflicts with other advanced militaries.

And the Russian military is paying particular attention to the role drones played in the Nagorno-Karabakh war, fought between Armenia and Azerbaijan, from September to November 2020. “Rostec, Russia’s largest defense company, claimed this year that two of its loitering munitions—Kub and Lancet—were tested in Syria to favorable results,” says Bendett. “So given how much Russia is concerned with an outcome of the Nagorno-Karabakh war, we can expect for the Ministry of Defense to start acquiring these kamikaze drones relatively soon.”

Developments in advanced sensors, drone autonomy, and ease of remote control will all shape the robots of future war. Russia, like the United States and other nations, is actively planning for a future where robot sensors, airframes, and delivered weapons are all part of how battle is decided. Fighter pilots, in addition to all the work of flying, will now also oversee these robots at war.

Within that environment, by the late 2020s, we might have squads of robots flying in concert with human overseers, automatically scanning for targets below and checking in with their supervisory humans, before releasing free-falling munitions onto anyone unfortunate enough below.