We caught up with the pilot and vet to talk about the future of military aviation, ugly aircraft, and more. 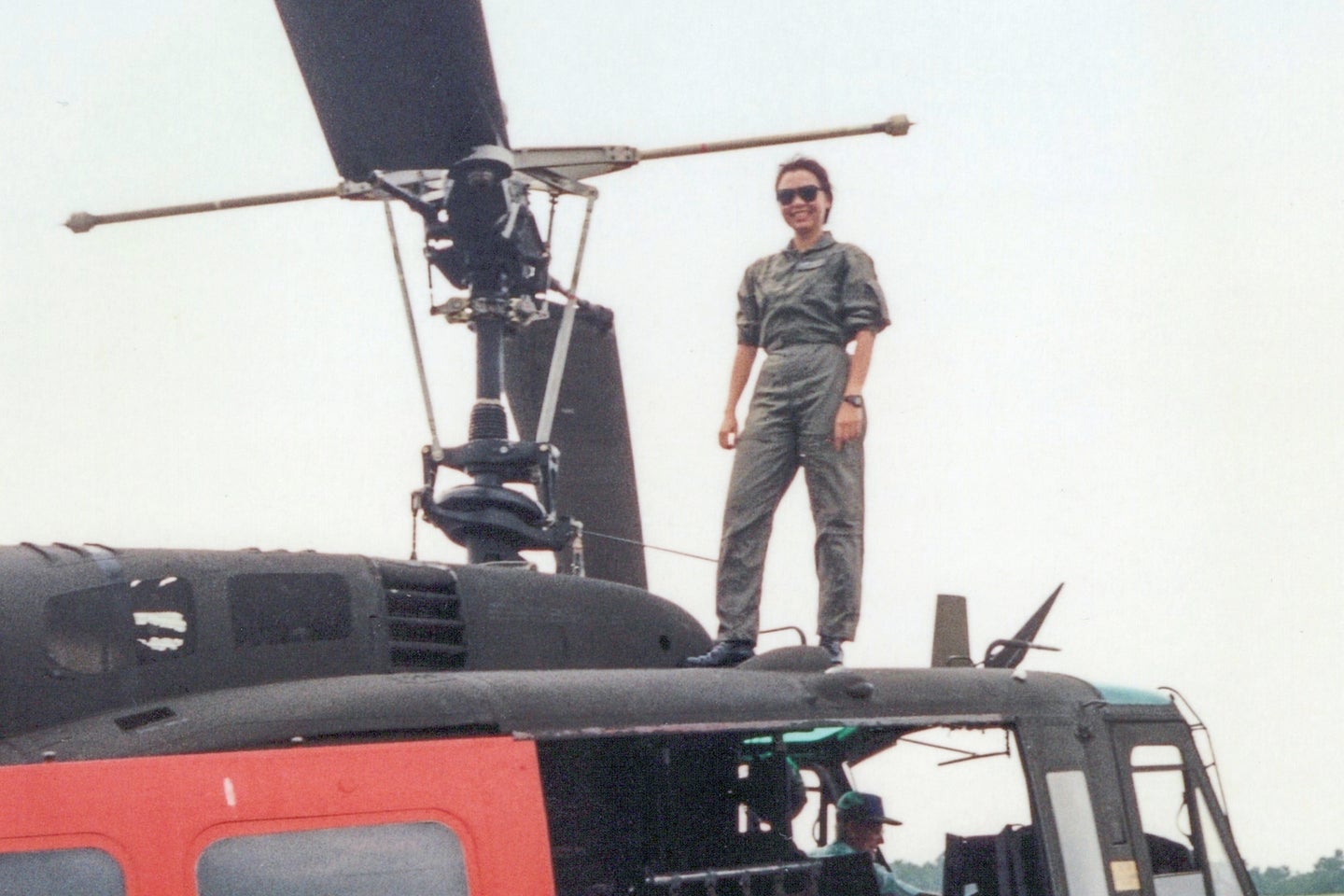 Senator Tammy Duckworth’s memoir, Every Day is a Gift, is one of the best kinds of autobiographies: It’s the story of an extraordinary life, told in a straightforward manner. At times, it’s blunt, even crude. Duckworth, an Illinois senator, narrates her peripatetic childhood in Southeast Asia—she lived in Thailand, Cambodia, Indonesia, and Singapore—and then the desperate poverty that she and her family endured in Hawaii.

Later, she joined the Army via ROTC, and eventually got into flight school, and fought her way into a spot flying Black Hawks. (Her doggedness and nonstop hard work are important, impressive themes of the book.) The memoir’s most dramatic moment is the retelling of the November day in 2004 while she was serving in Iraq. A rocket-propelled grenade hit her Black Hawk helicopter, and the shoot-down resulted in gruesomely critical injuries that almost killed her. She lost her entire right leg, some of her left, and suffered severe wounds to her right arm.

Before that day, Duckworth had accumulated over a decade’s worth of experience as a military helicopter pilot. Popular Science caught up with her over Zoom to chat about what she loved about flying, the future of military helicopters, autonomy and drones, and even how a new prosthetics approach is helping veterans.

On flying, a connection with the machine, and ugly aircraft

Aviation may sometimes seem like the stuff of poetry, but for Duckworth, it was a job more grounded in prose—or maybe music. “I love the head-banging heavy metal of it,” she writes in the memoir. Like many pilots, she developed a strong connection with the machine.

“When you get to a certain point, we used to say that ‘you strap the bird on your back,’” she tells PopSci. “It does feel like the aircraft is part of your body.” She especially felt that synergy with the helicopter when flying in formation next to other aircraft; she reflects that she’d notice that her bird would make an adjustment in altitude to match another’s, for example, without realizing that she’d commanded it on the controls.

“I loved that,” she says. “I loved that I got to control this machine—this fierce machine.”

Those fierce machines are more lovable when they’re not pretty. She’s fond of the A-10, whose nickname is the Warthog. “I’ve always loved the brutal-looking aircraft,” she says.

On the next-gen Black Hawk

Duckworth flew UH-60 Black Hawk helicopters, a workhorse of the military aviation world. But the Army is already exploring two different next-generation aircraft with which it could replace the venerable Black Hawk. The candidates are Bell, with its V-280 Valor tiltrotor aircraft, and Sikorsky, with the Defiant X, which has two counterrotating top rotors. That competition is part of an initiative called Army Future Vertical Lift; Duckworth sits on the Senate Armed Services Committee and says she works “very closely with that program.”

But more interesting than factors like speed and capacity are communications ability with other aircraft—perhaps drones, something that an aircraft commander could coordinate.

“The more senior person is usually not the person actually flying the aircraft,” she says. “As they taught me in flight school, they could teach a monkey to wiggle a stick—that’s the easiest part—the mission is the hardest part.”

What that means is that if the senior pilot isn’t actually flying, they could be freed up to manage other aspects of the mission. “I would love to see an aircraft where the pilot in command could actually launch autonomous aircraft,” she says. The unmanned vehicle ventures ahead, as a scout.

“Data from the drone is transmitted to the Black Hawk—whatever the new variant will be—so that you can actually see ahead, looking further out in front of you,” she says. She’s looking for “more integrated operations with other elements that are out there.”

But even as the aviation world moves more towards autonomy, she doesn’t advocate for completely robotic helicopters that need zero pilots. “There should always be at least one pilot in the aircraft,” she says, especially to handle those very rare, Miracle-on-the-Hudson-type events. “You need that human being there,” she argues. An artificial intelligence algorithm “would have told you to turn that miracle flight back to the airport, and not land on the Hudson, but landing on the Hudson was the right decision, and only a human being could have made that decision.”

On better gear for female troops

One issue on her radar right now is the need for better body armor for women who are serving in different branches of the military, and for a more cohesive approach to the issue across the Department of Defense. “Every branch of the service was working on its own body armor,” she says. “There’s no uniformity.”

Similar projects being carried out in parallel across the services is a problem that she has also seen happen with camouflage uniform development. “It’s crazy that each branch does its own thing—it’s unfair to the taxpayers,” she says. “I want the troops to have the best stuff, but come on.”

Duckworth uses a wheelchair the vast majority of the time, but also has titanium prosthetics she can utilize to walk with.

[Related: All veterans and their spouses can get vaccinated at the VA. Here’s how]

She’s been tracking a prosthetic technology that creates a direct connection between an amputee’s bone and a piece of metal. The technique is called osseointegration. While the procedure initially did not work because of infection issues, it does now, she says, and Dr. Benjamin Potter is spearheading it, carrying it out for patients at Walter Reed National Military Medical Center. The metal attaches to the bone on the inside of the limb, and then protrudes outside of the body, providing a direct attachment point for a prosthesis. “You just snap on the artificial leg,” she says. “It’s got a way to quick disconnect,” she adds. That way, a fall doesn’t result in a broken bone.

With the new approach, “guys are actually getting up out of wheelchairs and walking,” she notes. And multiple different types of prosthetics can attach to the permanent connector: “You can snap on your water legs; you can go swimming.”