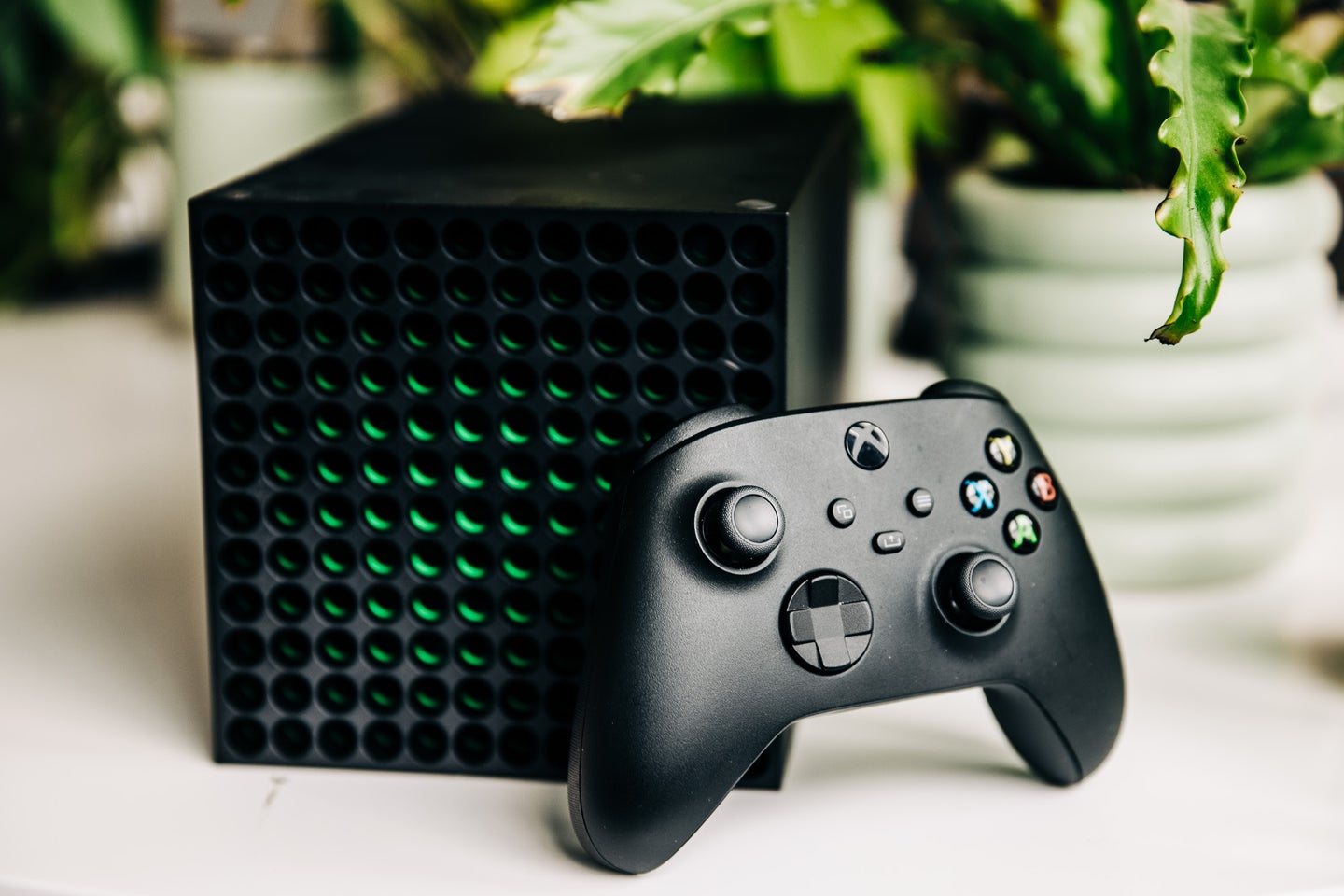 The best Xbox Series X games show off what the console can do.

Microsoft spent more than a year teasing out the tech and specs associated with its Xbox Series X and Series S consoles. Now that the machines have been on shelves for a while, the games have finally had a chance to catch up to all that hardware firepower these next-gen consoles offer. But, only some games can take full advantage of all that power. These games offer the best sound, graphics, and gameplay features to show off what that new console can really handle.

It takes a lot more than slick graphics and bleeding-edge hardware to create a fun gaming experience. The massive success enjoyed by the wonderfully whimsical Nintendo Switch emphatically proves that. But, the Xbox Series X and Series S consoles can achieve some truly impressive technical tricks. It’s not a sure thing, though. Buy the wrong games, set up your TV incorrectly, or ignore some crucial menu settings and you may miss out on your console’s full capabilities.

Is your TV ready for this fancy new content?

Plugging an Xbox Series X into that 15-year-old TV you bought on Black Friday is a lot like eating a perfectly cooked wagyu steak slathered in ketchup. The quality is there, but you’re ruining it right before the last step.

Not every TV supports the fanciest Xbox Series X features. Luckily, the console can actually check to see what your TV can handle. Go to: Settings -> General -> TV & Display Options -> 4K TV details and you’ll find a series of specs listed with checkboxes next to them. This will tell you what resolutions and framerates you can get from your TV and the cable you’re currently using.

How HD is too HD?

You don’t need an 8K display to take advantage. In fact, right now, there are no real native 8K games to really show off what the Xbox Series X can do. That may change in the coming years, but right now, you should have at least a 4K UHD TV to get the top-end graphics.

In addition to resolution, the Xbox Series X also offers improved performance when it comes to frames-per-second. High fps TVs offer smoother motion, which looks weird when you’re trying to watch a movie but makes gameplay look much better. The Xbox Series X can output up to 120 Hz (the screen refreshes 120 times each second). Some also support variable refresh rate (often referred to as VRR), which allows the video to adapt to the feed for fewer weird stuttering issues.

You’ll want to note what your TV can handle and keep your settings in line with what your hardware can actually handle.

There was a time when expensive HDMI cables were a scam. Now, however, the speed of your cable actually matters. In order to take full advantage of the Xbox Series X’s most advanced features, you’ll need to plug it into an HDMI 2.1 port using a high-speed HDMI cable. Both the Series X and the Series S come with the right cable, but if you swap it out for some old one you have hanging around, you may be kneecapping the machine’s performance. If you want a longer cable, make sure you order one that’s high-speed rated so you can take advantage of things like 120 Hz gaming.

Don’t forget to set up your audio

In addition to its fancy visuals, the Xbox Series X can pump out impressively advanced audio tracks as well. If you’re playing through a home theater, the current-gen Xboxes support both the Dolby Atmos and DTS:X methods for getting surround sound audio. To select one of these, go into your audio settings and select the “Bitstream Out” option. That will let you pick the right type of output to match your system.

If you have a headset with spatial audio enabled, you can get a full surround sound experience out of them. You can enable that feature in the audio section of the settings menu, too.

If your TV doesn’t have HDR, you’re going to miss out on some of the vivid colors and impressive contrast the tech can offer. In the early days of HDR, there was some quibbling over which format would be the winner, but you’re mostly fine buying a TV labeled “HDR” at this point without having to worry much about compatibility issues. Microsoft actually makes HDR rather simple on the Xbox Series X. The Auto HDR feature (which only works on some titles at the moment) can even add some pop to older games if you have it enabled.

Now that your TV is set up for optimal gaming, it’s time to pick some high-end content to feed it. Here in the early days of the console, game makers are still figuring out exactly what settings and options give players the best possible experience. Some opt for maximum resolution to draw out every meticulously crafted detail. Others focus on maximizing framerate for gameplay so smooth you’ll think you’re in the midst of the action. Here’s a selection of games that are great on their own, but also draw out some specific strengths your fancy new box of components offers.

Ray tracing only came to PC games a few years ago. Before that, movie studios used it to make extremely realistic 3D graphics for big-budget pictures. Now, the Xbox Series X supports ray tracing and this crime-happy open-world game does a great job showing it off. It’s particularly noticeable in elements like puddles. Shiny surfaces show authentic reflections as opposed to blurry blobs of color. This was one of the first games to support ray tracing on the Xbox Series X and it’s still a great way to get a feel for how big of a difference the technology makes.

You’ll notice the smooth motion associated with high-frame rates the most during fast gameplay. Dirt 5 places colorful cars in mud-laden race tracks that whiz by at an absurd pace. Because the on-screen images refresh faster, there’s less room between each frame, which makes the entire experience feel more smooth. To get 120 Hz support, you’ll need to use an HDMI 2.1 port and high-speed cable, though, so make sure your TV is compatible before you try to notice the difference.

Bright lights and vivid colors set against dark backgrounds make the most out of high-dynamic-range (HDR) tech. Cyberpunk 2077 has that by the sackful. This futuristic steampunk action RPG had some issues at launch with bugs (especially on older PS4 and Xbox One consoles), but the developers have released some updates that make the gameplay much more reliable. Even from the start, the graphics have been incredible. Signs pop in the grimy city settings and all that contrast allows the game to really set a convincing mood for your in-game hacking sessions.

The Halo: Master Chief Collection goes back through the history of the franchise and revamps classic missions and maps that you may have memorized the first time around. In addition to the revamp, this title supports both 120 Hz refresh rates and 4K resolution at the same time, something not every game offers. So, whether you’re throwing your first plasma grenade or your five-millionth, that glowing purple blob of exploding goop will look great and fly through the air with the smoothest possible motion.

Horror games are scary in the dark and the latest Resident Evil is no exception. If you’re playing with your crummy TV speakers, however, you’re missing out on some truly horrifying sound design. Resident Evil supports Dolby Atmos surround sound, so when that ghoul sneaks up behind you, you’ll hear it breathing down your neck. You’ll be surprised how much that kind of location-oriented audio ups the immersion factor on just about every type of game.

Best Xbox Series X game for kids: Ori and the Will of the Wisps

This is one of the most beautiful video games of all time. You play as an adorable, glowing, magical creature that has to maneuver through a series of detailed cartoony landscapes with a series of simple moves. It’s challenging at times, so it’s better for slightly older kids, but it’s so nice to look at and free from realistic violence that younger kids may just want to watch along as you play. Seriously, this game is great and you should play it.

Q: When will Xbox Series X be back in stock?

Right now, we don’t know when the shortage will let up, so your best bet for getting a console is to regularly check back at popular stores until you can score one. Whatever you do, you shouldn’t pay a super-inflated price on the secondary market. They will be back in stock eventually.

There are a couple of key differences between Microsoft’s consoles. The $500 Series X has an optical disc drive while the $300 Series S doesn’t. The Series X is also more powerful. It has extra ram and more powerful graphics processing, which allows it to play games at higher resolutions and faster frame rates. If you have a cutting-edge TV or you want to buy something that’s relatively futureproofed, the Series X is the machine to get.

Q: How much does the Xbox Series X cost?

If you can find one at a retail store, expect to pay $500 for a Series X. Extra controllers will cost you $60 and you should also factor in the price of a $15 Game Pass Ultimate subscription, which gets you access to a ton of free games (many of which are actually good) and online gaming.

The final word on the best Xbox Series X games

Ultimately, the best Xbox Series X games are those you’ll have fun playing. If you want to fire up your Game Pass subscription and play Zuma 2 like it’s 1999 and you’re trying to entertain yourself on your parents’ giant PC, then have at it. If you truly want to take advantage of everything your next-gen Xbox Series X or Series S console offers, however, these games will help flex those specs.