The power of all-in-one solutions While VR headsets get all the glory, the PC’s behind them do all the heavy lifting. Even solutions like Samsung’s Gear VR and Google Cardboard that don’t need to be attached to a powerful computer require that you insert your smartphone. While the current situation works, Google is looking to change what we’ve come to know about VR helmets.

According to a report from the Wall Street Journal (which followed on the heels of a Finacial Times report suggesting an upgraded Google Cardboard), Google plans on releasing a virtual reality headset that would contain all the required components within the unit.

There’s no word on when we’ll see a release date or what the device could look like, but device would reportedly “aim for the middle ground: a quality experience not tethered to an expensive PC or game console.” Some type of Android-integration could also be expected with the upcoming Google VR. But with the company strongly supporting platforms they don’t own, like iOS for example, we could see any of these features trickle out to non-Google users.

A device like this would compete directly with items like Samsung’s Gear VR, as well as higher end sets like the HTC Vive. But also set Google’s virtual reality offering apart as a device that didn’t require your head to be tethered to a box. Which could lead to some interesting uses…

Not pictured: the computer your head will have to be attached to in order to use this

One of the coolest features of the HTC Vive is the ability to track which direction you’re walking in as you’re wearing the headset. This alone leads to some pretty immersive gameplay. While you can’t expect to run through endless landscapes like in many of today’s sprawling titles, simple experiences like exploring a sunken ship or walking around a level of Portal become that much more realistic. Unfortunately for HTC’s Vive, having the headset physically attached to a PC affects the experience.

If Google’s VR unit packs in the PC on its own, it could offer a better experience when moving around virtual worlds–if the search company chooses to pack in movement support. Though the device’s inclusion of an outward-facing camera (a Vive inclusion) hints at the headset wanting to make sure you don’t bump into any furniture. Assuming the device has its own built-in battery, the only cable required could be used for charging. Ready yourself for VR games that require you to do cartwheels.

Those who attach their VR headsets to a PC are probably used to the various configurations and results one can see from different hardware combinations. A higher-end PC means amazing results and a weaker setup means not exactly an optimal experience. For better or worse a PC attached to devices like the Oculus Rift can lead to some interesting gameplay.

But there is something to be said for the one-setup-to-rule-them-all approach. As we’ll see sometime in “the first-half of 2016” with the Playstation VR, limiting selection can increase simplicity and still offer good performance. In the Playstation’s case, anyone who owns Sony’s latest consoles can go out and buy their VR solution and attach it to their console. For Google’s rumored headset, not even the first step is required: simply buy the visor. 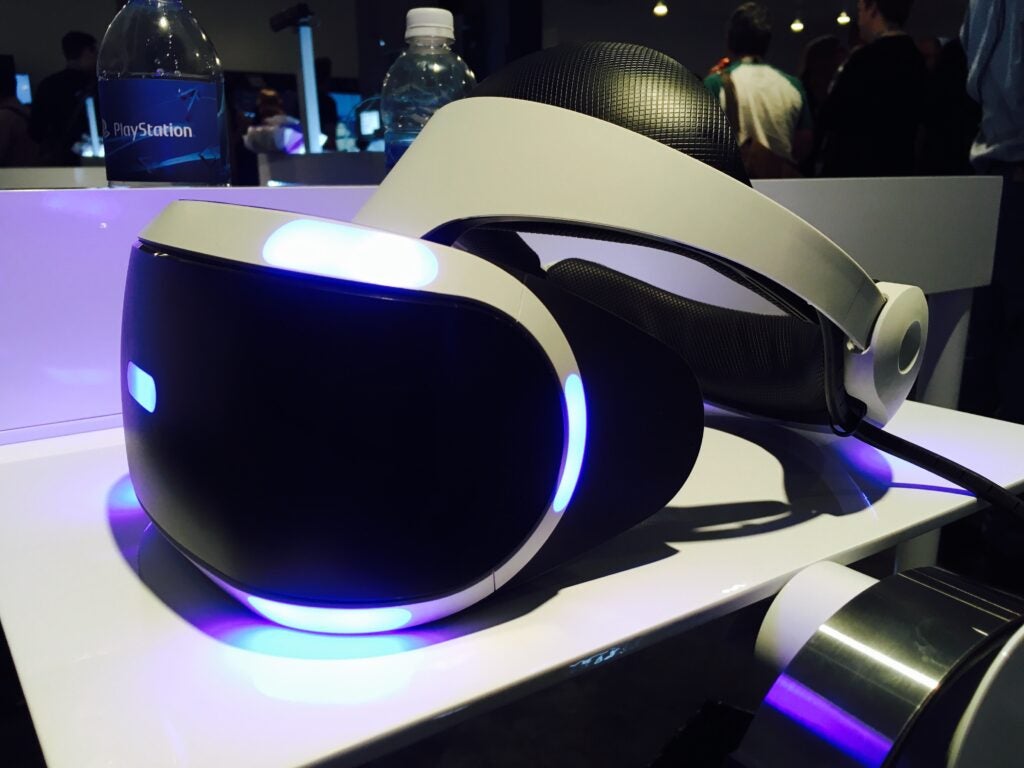 The Playstation VR simply requires you buy a PS4. Google VR’s configuration could be even simpler if it’s all tucked inside the headset.

Limiting one’s VR setup may not offer gamers the most cutting-edge graphical experience but it could limit cost for Google’s preferred “middle ground users” and reduce headache for developers. Instead of, hypothetically, some being able to play a game for Oculus and others not able to, an app for Google VR will work across all of the company’s headsets. Presumably, that is — few have seen the darned thing.

A future where I can walk into a room and start using the VR headset on the table, no wires attached, is a future I want to live in.

We’ve seen time and time again that an all-in-one design is among the sleekest. Packing everything needed for a VR experience into one headset could drive mass adoption — at least for those who are too intimidated by PC gaming or don’t happen to have a Playstation 4. Though it would be able to offer an easy way to get started with VR for those who simply wanted to put on the headset and press go. Which would only be bolstered developers having one configuration to develop for. The biggest drawback of packing a PC into a VR headset, however, is price.

Smaller and simpler tends to be the natural design progression of consumer-facing technology. With many of the virtual reality headsets we’ve come to know having not even been released to the public yet, we’re still in the early days of virtualized worlds. If Google is able to make their all in one VR helmet affordable and still attractive, we could offer the competition a virtual kick in the pants for their products. Though we’ll have to wait and see to know for sure if Google VR will go the way of Google Glass.