Everyone Will Be A Gamer In The Future 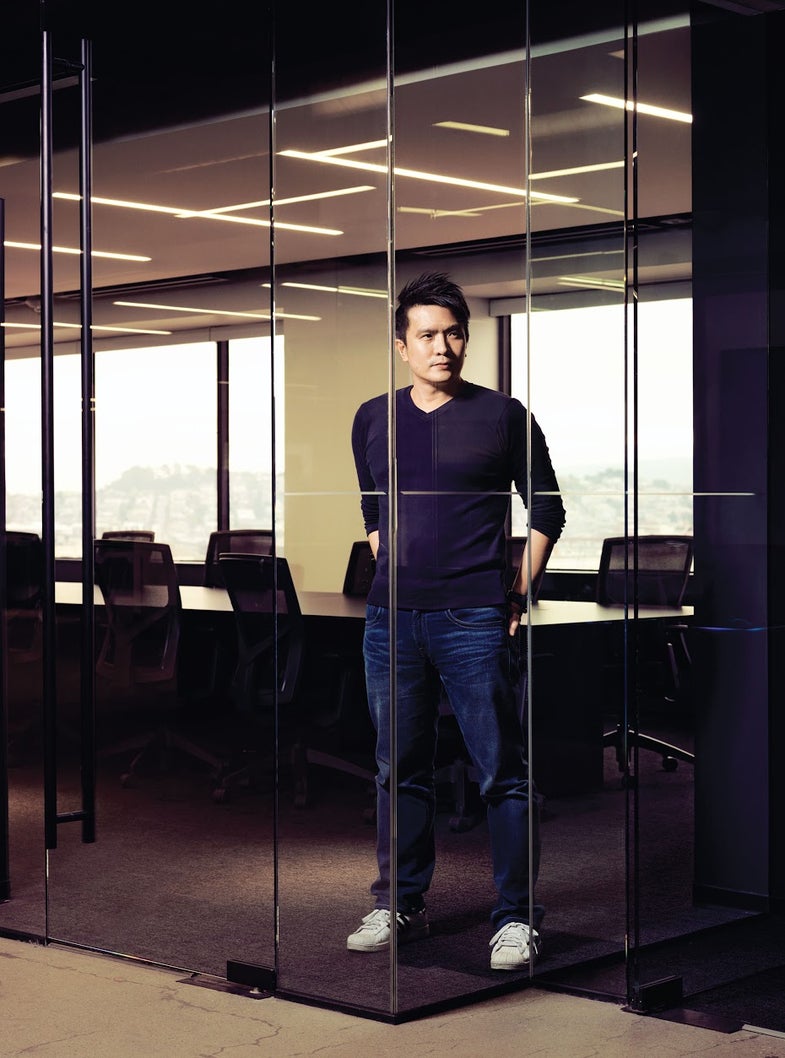 If you haven’t heard of Razer, you’re not spending enough quality time with your video games. The 10-year-old, $1 billion company practically invented the gaming-peripherals market. It doesn’t sell the games; it sells millions of high-tech computer mouses, headphones, and keyboards to the gamerati. Sort of like the folks who sold pickaxes during the gold rush. Now, Razer CEO Min-Liang Tan—a self-proclaimed game geek and a former video-game pirate—is looking to expand his empire with the release of a laptop, a streaming device, and a virtual-reality headset. Tan recently spoke to Popular Science about his obsession with gaming and the future of playing.

I used to play video games competitively back when e-sports was still called “Pro Gaming.” I was living in Korea, and my friends and I were always looking for a competitive advantage during sessions of Quake 3, Unreal Tournament, and other first-person shooter games. We were willing to try anything. We were always talking about how to hack our computer rigs to make everything a little faster. Keep in mind, all the mouses and keyboards back then were slow. So we got together with some IT guys and engineers and, in 1999, designed a better, more responsive mouse.

Were you always into shooters?

Yeah, but I also liked role-playing games. Wasteland is another game that had a big impact on me. I remember pirating it a long time ago. Then one day I met the game director, Brian Fargo. I said, “Dude, I’m really sorry for pirating it.” He loved my story so much, he made me a character in Wasteland 2. It still blows my mind. I was a total fanboy over his work, and it was such a cool moment to find out he’s really excited about the work we do.

What’s the greatest challenge to growing a gaming-hardware company?

To stay focused on the gamers. When we talk to other people about using our technology—whether they’re focused on military or healthcare or space technology—we always say, “We’re happy for you to modify and use our products, but we really just want to make products for gamers.”

Where is gaming headed?

What do you mean?

Content is going to be served up in so many different places: mobile to PC, PC to console, PC to wearables. There could be a game that sends you text messages, or there could be Xbox characters who share social-media interactions with you. The lines are going to be incredibly blurred when it comes to how people interact with games.

So are we still at the tip of the iceberg?

Absolutely. The future is incredibly bright for gaming. Our biggest bet as a company is that gaming is going to be the biggest form of entertainment—bigger than movies, bigger than music. We believe there are anywhere from 2 billion to 3 billion gamers out there. And it’s more accepted than ever. Gaming appeals to a basic tenant of human nature: It’s all about having fun.