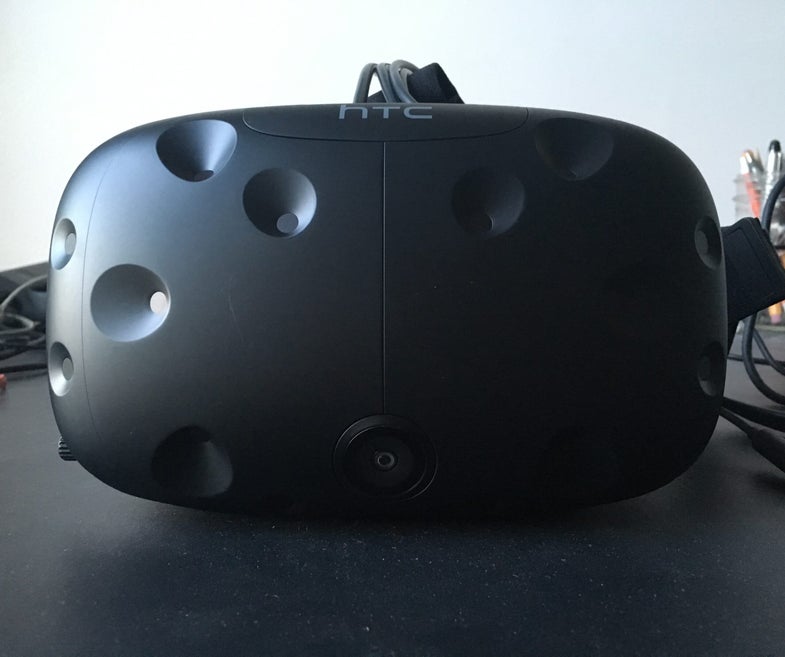 While the HTC Vive and Oculus Rift lets PC gamers enter the virtual world, Playstation’s PS VR is set to do the same for console gamers. Sony announced last month that we can expect the PS4 headset to go on sale in October 2016 for $399, equipped with support for not just upcoming Playstation VR games, but current titles as well. With the PS VR’s cinematic mode, gamers can enter to play their games or watch TV shows and movies on the big screen. But with the latest addition to the PS4 offering, Windows users can get an early look.

The PS VR’s cinematic mode gives you a simple black space where you can watch or play any content your Playstation 4 can. But using the recent PS4 Remote Play feature for Mac and PC, gamers can stream their PS4 content to any computer near them. Using this, Youtube user shadshack has cleverly loaded up his PS4 in the HTC Vive’s desktop viewing mode to play Rocket League in virtual space. Combined, it’s one of the coolest and most expensive VR experiences to date.

While many will buy a VR headset to play games actually made for virtual reality, there are obvious benefits to playing games in VR cinematic mode. For one, you can instantly have a giant screen to play games and watch video. In Playstation’s version of VR, cinematic mode doesn’t sit you in any virtual rooms on a virtual couch (as other VR cinema apps are known to do). But it does allow you to increase or decrease the size of the screen in front of you, alternating between three different preset sizes.

While the PS VR has cinematic mode, the HTC Vive simply has a view of your desktop PC. In addition to playing PS4 via Remote Play, gamers can do anything they normally would on their computer on a big screen in VR. While there’s no Google Chrome or Hulu app, for example, both can be used via your computer.

The HTC Vive, PS VR and Oculus Rift offer some compelling uses for virtual reality in the fields of gaming and more. Despite being only the early days of good virtual reality, those who have tried one of the three headsets instantly see its value in changing how we consume entertainment. Gaming fans using the Vive and Rift can tell you that games developed for virtual reality are the best experiences on any VR platform.