These newly discovered iridescent bees are already at risk of extinction 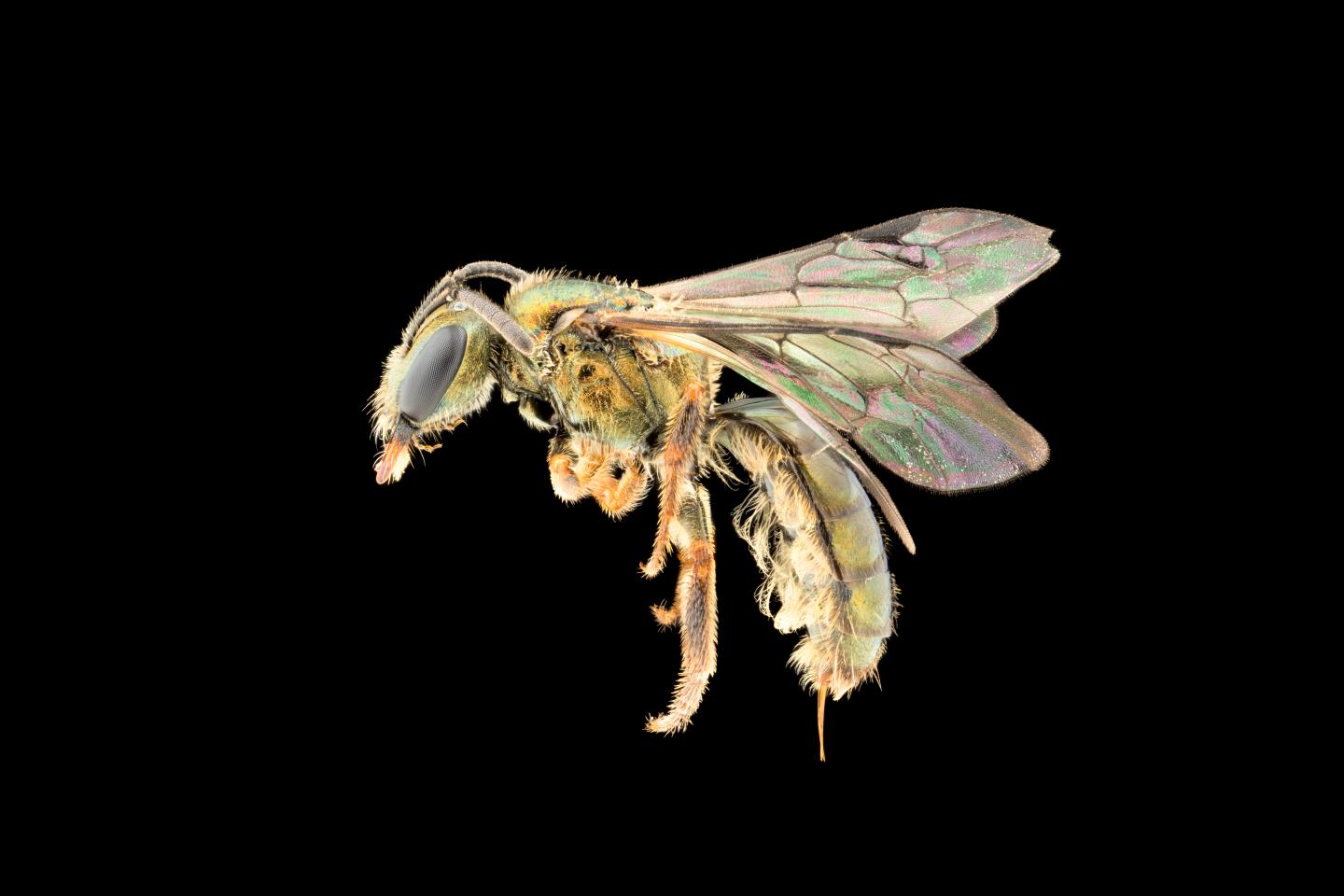 The native bees of Fiji don’t bear much resemblance to their black-and-yellow cousins in the West. Instead, these southwest Pacific insects are colorful and metallic, adorned in brassy tones of green, blue, black, and bronze. They’re also much more biodiverse than scientists originally thought.

Researchers recently identified nine previously unknown species of these opalescent bugs, showcased in detailed macrophotography by biologist James Dorey (the photographs and their findings were described this week in the journal Zootaxa). In addition to the nine new species, Dorey and his colleagues also redescribed four known species of native bees, locating new specimens and updating their descriptions with a more current sense of their geographic diversity.

All of these new and recently updated bees belong to the same genus, Homalictus. Altogether, this brings the total number of Homalictus on the Fijian archipelago up to 13, still a relatively small genus.

As is the case with most scientific discoveries, there’s good news as well as bad. The good news is that for many years, the Fijian archipelago was thought to be lacking in bee diversity. Prior to this current research, scientists hadn’t checked in on the taxonomic status of this genus in Fiji in over 40 years.

Currently, researchers are undertaking a more purposeful investigation of native insect populations, catching and cataloguing species throughout the islands. This new finding only serves to deepen their understanding of the underappreciated biodiversity common in these topographically diverse islands.

Now for the bad stuff: Almost as quickly as they were discovered, these tiny, brassy bees are now facing possible extinction. Of the 13 native Homalictus species, 11 of them live at least 800 meters above sea level. This elevation, which comprises only 2 percent of the land area of Fiji, is often restricted to the tops of mountains and heavily affected by climate change.

This situation, study co-author Mark Stevens states in a press release, “highlights the vulnerability of highland-restricted species to a warming climate.”

Other unique geographic factors further compound this risk. Fiji’s highland habitat is becoming more crowded as animals move to higher elevations to escape rising tides and changing temperatures. The bees also have to contend with noxious weeds and human impacts (mountain peaks are very popular tourist destinations). To drive this point home, researchers bestowed an intentionally portentous name on one of the newly discovered species: Homalictus terminalis. The name is meant to highlight the precarious position of this species, and the genus as a whole.

“Homalictus terminalis…like many Fijian bees, it is nearing its limit and is at risk of climate-related extinction,” says Dorey. So far, H. terminalis, along with several other Homalitus species, have only been found to live on a single mountain top. Loss of these pollinators could pose a significant threat to Fiji’s isolated island ecosystem.

“This raises real concerns about the extinction of many highland species in Fiji,” says co-author Mark Schwartz, “and across all of the tropics.”