What’s big, lives underwater, and fights climate change with its body and booty? Whale give you one guess.

Scientists’ have known about the mammals’ carbon-storing powers for years. Now international authorities are getting on message. 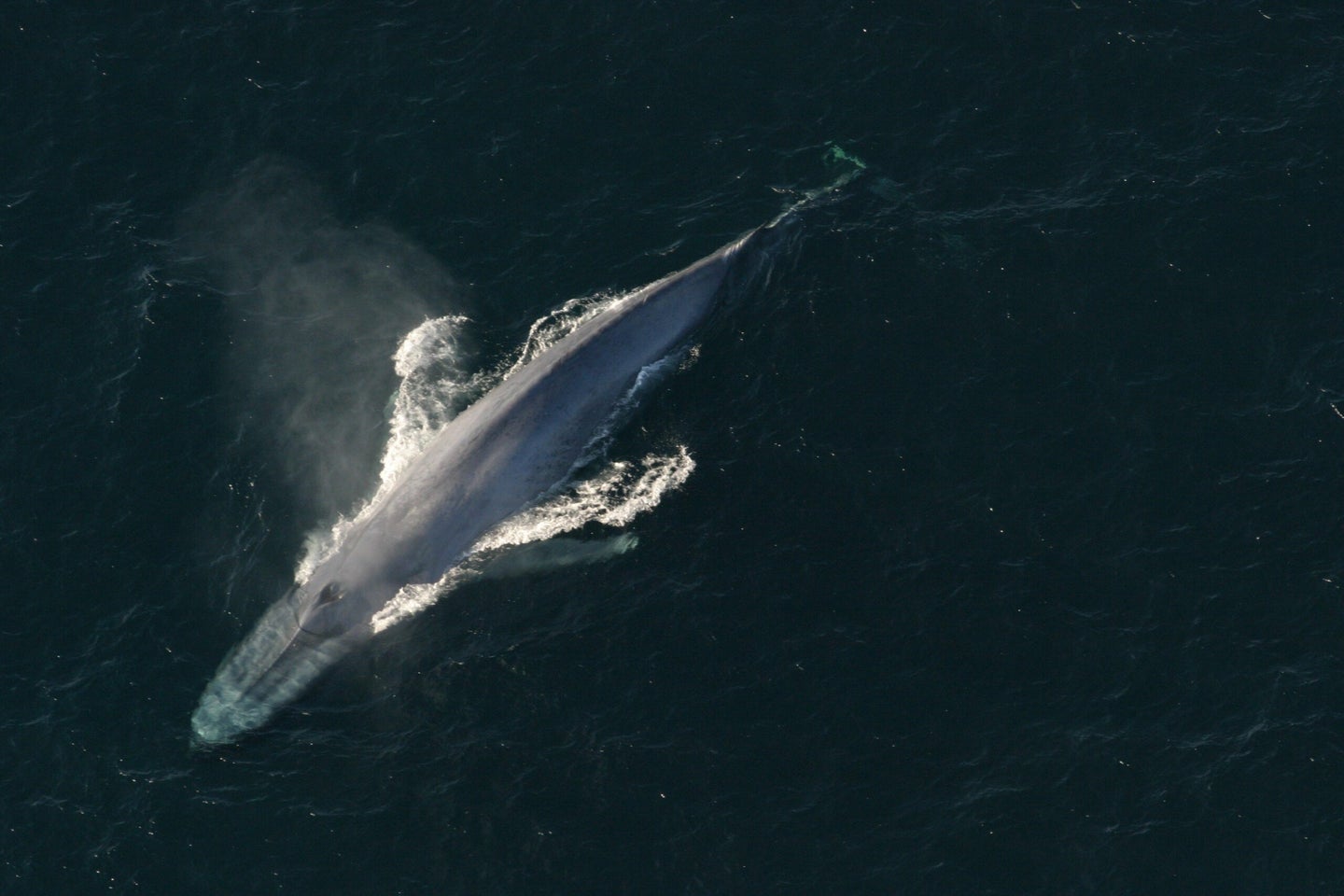 When Ralph Chami was 14, he wanted to be an oceanographer. Instead, he got a PhD in economics, and is now the assistant director at the International Monetary Fund (IMF), which works with 189 countries to promote financial stability.

But childhood dreams die hard, and nearly 40 years later, when the opportunity arose to travel to Baja California with the Great Whale Conservancy, Chami jumped at the chance to get closer to the massive creatures that caught his imagination as a kid. His job was to time blue whales breathing and humpbacks breaching—a major departure from his usual day job.

In the end, though, he came away with a project that bridges his past and present focus. At dinner with the scientists one night, he learned that whales have an intriguing quality that few people know: They can store up to 33 tons of carbon, even for hundreds or thousands of years after death. What’s more, their feeding cycle lends to the growth of phytoplankton, which helps pull carbon out of the atmosphere.

Knowing how powerful this information could be, both for counteracting climate change and conserving marine life, Chami decided to use his expertise in finance and policy to put a dollar value on the whales’ carbon capture skills. He took the per-ton price of carbon and multiplied it by the quantity that a single great whale (a total of 13 species) could store in its body. All told, he found that each whale weighed out to an average of $2 million, and that the global stock of whales rang out to more than $1 trillion. His results were published in a recent report for the IMF.

“The moment I saw the number, I had a God moment,” Chami says. “I thought I made a mistake; I thought I’d divided by 0.01. So I deleted it and redid the calculations, and the number stood.”

The article is “groundbreaking,” says Heidi Pearson, a marine biologist at the University of Alaska Southeast, who’s working with Chami on this new carbon-sequestration concept. The way it breaks down a whale’s life process and ties it to cycles in the oceans and atmosphere shows just how big of a service nature can provide in balancing greenhouse gases. For whales, the benefits come in two steps.

The upshot of deadfall

All living things tote around carbon in their cells, from the tiniest plants that drift on the sea waves to the hulking creatures that lurk below. So in a way, whales sequester carbon just by existing.

They also top the charts in how much they can sequester. Nick Record, an oceanographer with the Bigelow Laboratory for Ocean Scientists, says that the bigger an animal is, the more efficient it is at storing carbon. That extends to the afterlife, too: When whales die in the ocean, they sink thousands of feet down, bringing a lifetime of carbon with them.

“That carbon is not going to make it back into the atmosphere for a very, very long period of time,” Pearson says.

This mechanism is pretty cut and dry, she adds, given that we have a rough idea of how much carbon comprises a whale’s body, how many whales are out there, and how much organic material a whale body can lock up over time.

The other cycle—the whale pump—is not as well known, though.

From poop to carbon vacuums

Even wonder how whales clear our their majestic, massive bowels? When they come back up for air after long foraging dive, they release a “fecal plume” of buoyant, nutrient-rich excrement.

This excrement, Pearson says, acts as fertilizer for itty-bitty phytoplankton, transporting nutrients between different layers of the ocean. The plants then take in CO2 and release O2; some sink to the bottom of the ocean like the whales, burying carbon in the detritus.

But there are still a few unanswered questions in the process, Pearson notes, from how much poop gets converted to plant life to how much phytoplankton gets gobbled up at the surface.

And while some of Chami’s measurements have been worked out on paper, they still need to be tested in the field. Currently, Pearson’s lab is investigating how much nutrient content there is in whale fecal plumes and how the carbon math works out with phytoplankton.

A cause to champion

For Chami, the goal of putting the science he gleaned from Mexico into dollars and cents is to push forward conservation. Since the 1700s, the global whale population has dropped from upwards of 4 million to 1.3 million whales. A large part of that can be pinned on human activities like fishing and pollution.

There are plenty of practices that governments can use to better protect whales—changing shipping routes and reducing fishing gear entanglement are just two examples. Even so, Chami predicts it would take another 30 years for the great whale population to double in size. Upping the motivation by showing off the mammals’ carbon capture feats may help speed up the process.

The accounting system doesn’t just have to be limited to whales, either. Chami says he’s in contact with other groups to put a “price” on salt marshes, coral reefs, and elephants to shore up conservation campaigns and give scientists a stronger voice in policy making.

In his IMF report, Chami argues that the survival of whales and their climate-resistance abilities should be mentioned in the priorities of the Paris Agreement. He plans to release a more academic study detailing how to put a carbon price on whales by the end of the year.

Until then, he’ll take pride in the message he’s spread, both to international leaders and his loved ones. A month ago, he heard his son talking about the whale conservation efforts on the phone. “I got tears in my eyes,” Chami said. “If I’ve done nothing else, I’ve gotten the respect of a 20 year old.”