Reef sharks around the world are in trouble

Sharks were absent from nearly 20 percent of coral reefs in a global survey. 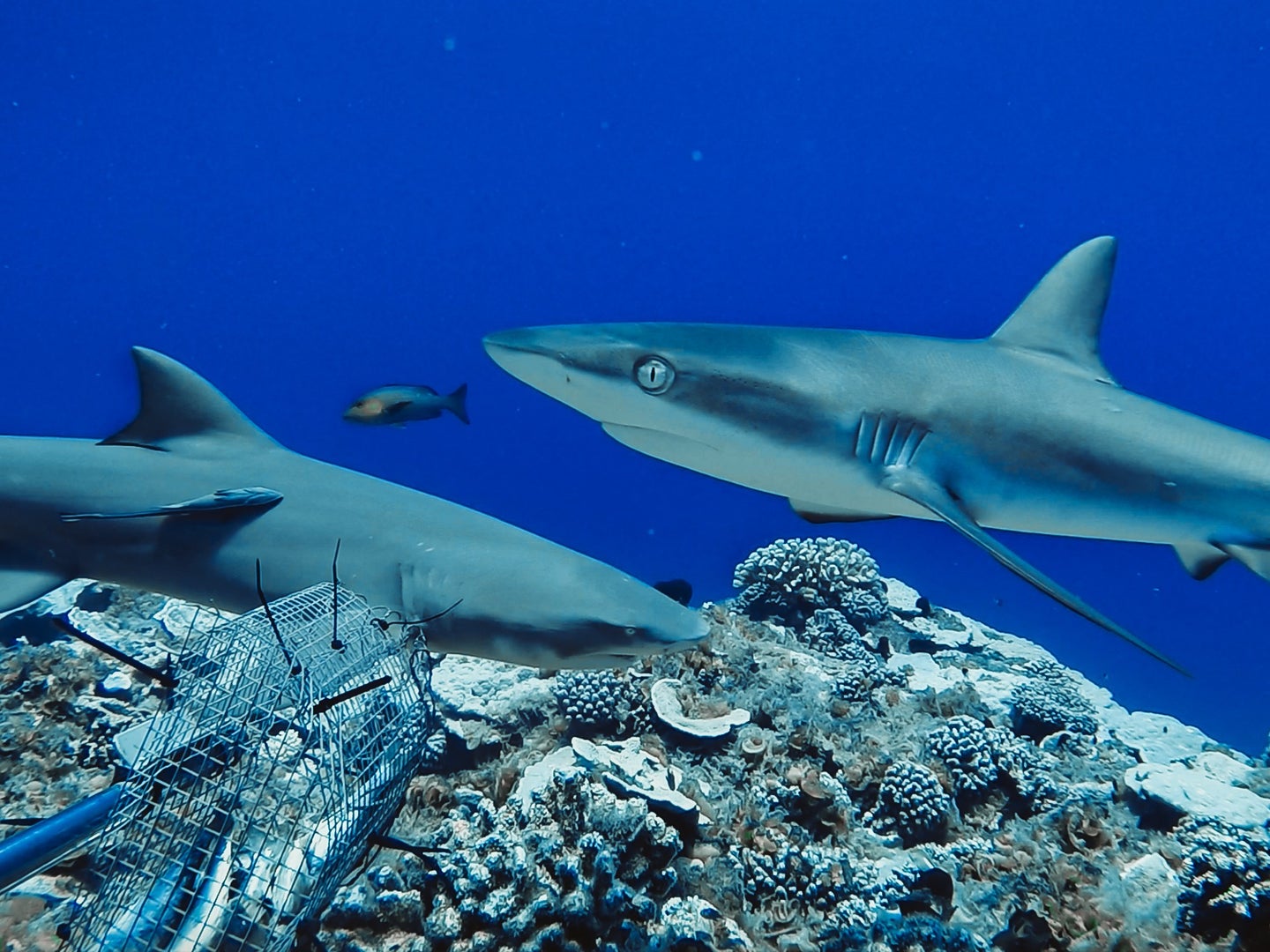 A massive survey of hundreds of coral reefs along the coasts of nearly 60 nations found that overfishing has significantly diminished the numbers of sharks that live within these tropical habitats. Scientists did not see any sharks on nearly 20 percent of the reefs they examined, and saw only half as many sharks as they predicted in 35 nations.

However, the biologists found that sharks were thriving in a few countries. Those nations used sanctuaries and other conservation strategies, which the researchers think may be playing a significant role in restoring shark populations elsewhere that have taken a hit, the researchers reported on July 22 in the journal Nature.

“There are certain places where the shark population seems to be in reasonably good shape but…that’s probably not an accident,” says Michael Berumen, a professor of marine science at the King Abdullah University of Science and Technology in Saudi Arabia and coauthor of the new findings. “Almost all of them are places that have made the investment—the time and energy and resources—to have effective protections in those coral reef systems.”

“We really didn’t know a lot about how they were doing at a global scale,” says Mike Heithaus, a marine ecologist and dean of the college of arts, sciences, and education at Florida International University in Miami. To find out, Heithaus, Berumen, and their colleagues—a team of more than 100 scientists from around the world—placed cameras baited with ground-up fish in 371 coral reefs from 58 nations between 2015 and 2018.

The researchers, along with hundreds of volunteers, then combed through more than 15,000 hours of video footage. They counted very few sharks from reefs in a number of nations, including the Dominican Republic, Qatar, and Vietnam. On the other hand, sharks were generally plentiful in Australia, the Bahamas, French Polynesia, and several other countries.

Countries where sharks were abundant tended to employ a number of tactics like creating shark sanctuaries, areas where commercial shark fishing and trade in shark products is banned, setting limits on the number of sharks that can be caught, or restricting the use of gillnets and longlines. “They catch fairly indiscriminately,” Heithaus says. “Getting rid of those [fishing] gears is one of the biggest things that can be done to help rebuild coastal shark populations.”

Key to protecting sharks is figuring out which approach will work best in a particular region. In French Polynesia, where shark fishing has never been a huge part of the economy, the establishment of a sanctuary has led to an “incredible” abundance of sharks, Heithaus says.

In other places, people rely on shark fishing for their livelihood. Banning particularly destructive tools like gillnets may make more sense in these regions. Transitioning from fishing to ecotourism may also be effective in areas with particularly clear water. “You have to make sure that the benefits go to the people who would be losing out from not fishing anymore,” Heithaus says.

In Saudi Arabia, longlines aren’t often used to catch sharks so banning them would not have a very large impact, Berumen says. Establishing catch limits or a shark sanctuary in the Red Sea may be more effective.

Overall, the researchers observed 59 shark species in reefs around the world, from nurse sharks in Florida to grey reef and lemon sharks in French Polynesia. The roles that sharks play in these ecosystems are still somewhat mysterious. One possibility, though, is that sharks keep smaller predators in check that would otherwise gobble up fish further down the food chain that graze on algae.

Without these herbivorous fish, algae may be able to run rampant, especially after hurricanes, bleaching events, or other disturbances destroy coral populations. “When corals die the first thing that starts to take over the empty space left over by the corals are algae, and that algae can grow fast and they can prevent new corals from becoming established,” Berumen says. “If you don’t have sharks, the rest of the reef population might at first look to be okay, but if a disturbance comes that reef ecosystem may be poorly prepared to bounce back.”

Coral reefs help buffer coastlines from storms, shelter fish and other animals that people depend on for sustenance and income from fishing or tourism. “When you are talking about the immense value of coral reefs that are already under stress from changing temperatures, ocean acidification, and other human effects, you don’t want to be picking out other pieces that could be important to the health of the ecosystem,” Heithaus says.

However, he and his team are optimistic that shark populations can be rebuilt on many reefs where they are currently struggling.

At the same time, he warns, we cannot become complacent in areas where sharks appear to be plentiful.