The carbon dioxide in our atmosphere is changing the seas, but we could turn things around. 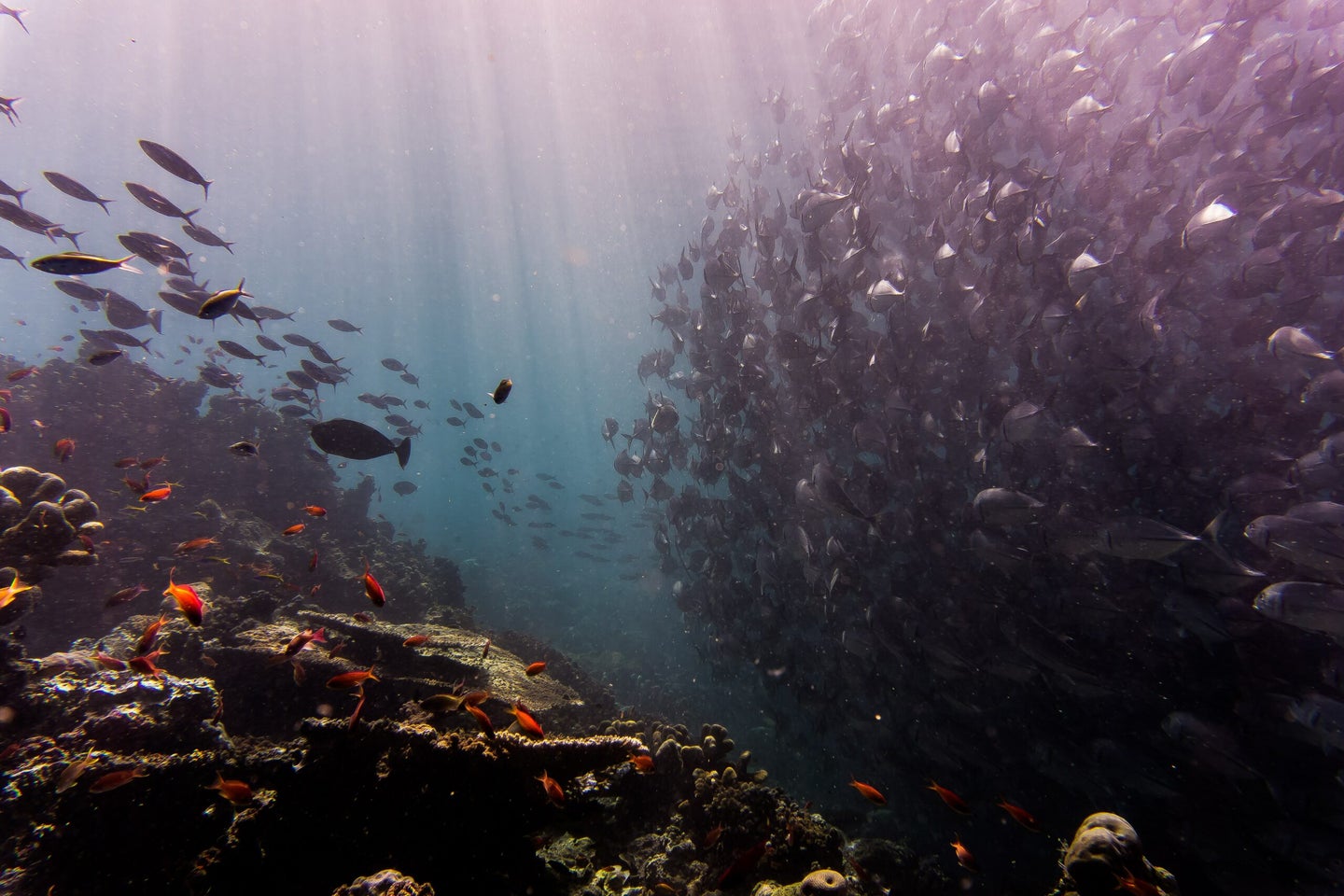 We’re altering the most prominent feature of our planet’s surface—the vast oceans—in unprecedented ways, as the latest report by the Intergovernmental Panel on Climate Change describes.

Compiled by more than 100 authors who reviewed about 7,000 publications, the report raises a number of alarming points, but the bottom line is: the watery parts of the Earth are changing at an accelerating rate, putting many ecosystems and people at risk. “The open sea, the Arctic, the Antarctic and the high mountains may seem far away to many people,” said Hoesung Lee, chair of the IPCC, in a press release. “But we depend on them and are influenced by them directly and indirectly in many ways—for weather and climate, for food and water, for energy, trade, transport, recreation and tourism, for health and wellbeing, for culture and identity.”

Here are some of the key ways we’re damaging our seas:

The ocean is doing its best to buffer our impacts on the climate. Its waters are a carbon sink, storing about a quarter of human-caused carbon emissions. All that H2O can also hold a lot of heat—90 percent of the extra heat humans have generated has been stored in the ocean. “For decades, the ocean has been acting like a sponge, absorbing carbon dioxide and heat to regulate the global temperature,” said Ko Barrett, vice chair of the IPCC, in a press conference. “But it can’t keep up.”

Not only are half of our carbon emissions still winding up in the atmosphere, despite the ocean’s best efforts, these carbon-capturing abilities come at a cost. When CO2 dissolves in water, it forms carbonic acid. That’s why the pH of the ocean is dropping, a process called ocean acidification. If fossil fuel burning is left unchecked, the IPCC report estimates the pH could decline by another 0.3 between 2081 and 2100. This acidity harms the ability of numerous marine species—including corals, oysters, and some plankton—to build their calcium carbonate shells and skeletons.

Although the ocean’s waters can store a lot of heat before increasing in temperature as a whole, pockets of energy can still cause major problems. The IPCC report highlighted an increase in marine heat waves, in which the sea surface is much warmer than normal for days to months. These heat waves can decimate marine ecosystems, and are responsible for large-scale coral bleaching events, kelp die-offs, and mass deaths of sea-dwelling invertebrates. They’re now twice as frequent as they were in 1982, longer lasting, and covering greater areas. “Something that’s very new in the research literature is this growing incidence of marine heatwaves,” said Nathan Bindoff, an author of the IPCC report and climate scientist at the University of Tasmania, in a press conference. “There’s four or five [marine heat waves] per year in a normal baseline year, but that’s actually doubled in frequency.”

The ocean has also become more stratified as result of heating, meaning the the horizontal layers don’t mix as much. As the surface warms, the water becomes less dense relative to colder water below. That reduces the amount of cold, nutrient-rich deep ocean water that wells up to the surface and forms the base of a productive marine ecosystem. Fisheries often rely on these upwelling areas, too, and the IPCC reports warns that—especially if emissions remain high—the globe’s total fish catch will go down.

The Greenland and Antarctic ice sheets are melting at an accelerating rate. The Antarctic sheet is melting three times as fast as it was in 1997, and Greenland’s has been melting twice as fast as it was before. Though these sheets constitute the bulk of melting ice, smaller blocks are important, too. “Many small glaciers, for instance, in Washington state in the Western U.S., will disappear within the next decades or within, at the latest, in a century,” said Regine Hock, an author of the report and glaciologist at the University of Alaska, Fairbanks, in a press briefing. “These changes have many implications. They affect water resources, runoff … potential irrigation water, hydro-power.”

And then there’s the omnipresent sea level rise. With emissions unabated, water levels could rise 61 to 110 centimeters (24 to 43 inches) by the end of the century, the IPCC report states. But even that could be a conservative estimate, because things could get worse if the Antarctic ice sheet collapses. “That [estimate] does not include the potential collapse of the Antarctic ice sheet,” said Hock. “There is indication that this instability is going on at the moment … if this is true, then there is a chance of a multimeter sea level rise within the next two or three centuries.” With 680 million people living in low lying coastal areas, this could be disastrous.

But the ocean can also be a climate change solution

The good news is, taking care of the ocean can help us weather the impacts of climate change. In a paper published Wednesday in Science, the authors discuss how the ocean mitigate climate impacts. The main ways are:

Increasing renewable energy with technologies like offshore floating wind farms, which can create carbon-free energy with fewer impacts to wildlife than terrestrial wind farms Reducing carbon emissions from ships used in ocean shipping and transport Preventing the loss of and restoring “blue carbon ecosystems,” which include salt marshes, mangroves, and seagrasses, and are important carbon sinks Shifting from land-based to ocean-based animals proteins. Seafood is a relatively low-carbon source of protein, and—provided we manage fisheries in an ecologically-sound manner—could be a good alternative to beef.

“For far too long, the ocean has been mostly absent from policy discussions about reducing carbon emissions and meeting the challenges of climate change,” write the authors. “Ocean-based actions provide increased hope that reaching the 1.5°C target might be possible, along with addressing other societal challenges including economic development, food security, and coastal community resilience.”