Did a high sex drive really save the giant tortoise from extinction?

The great Diego fathered more than 800 offspring. That doesn’t mean he’s any hornier than other tortoises. 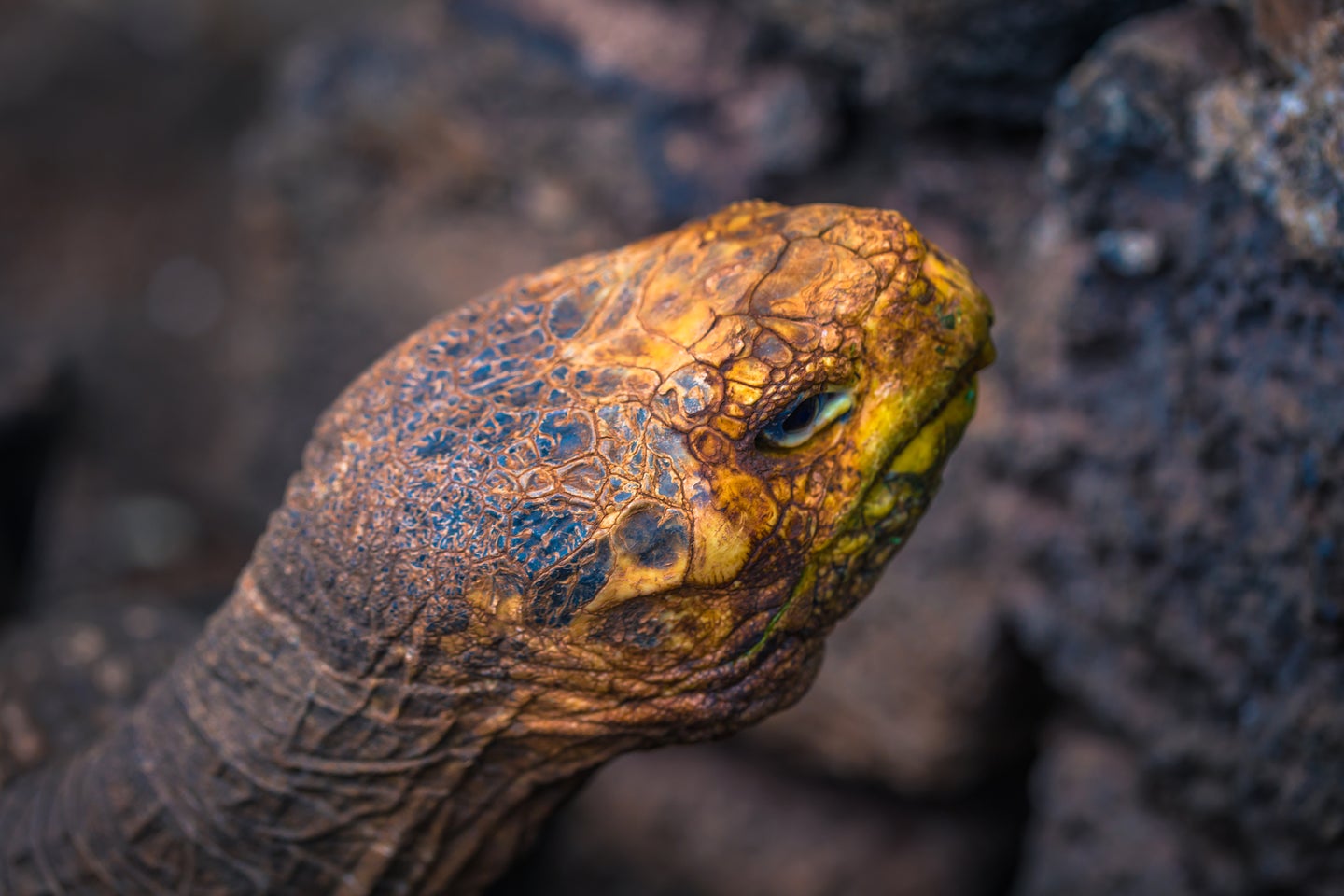 Diego, the giant tortoise, photographed at the Darwin Research Center in the Galápagos Islands, Ecuador, in 2017. RPBDeposit Photos
SHARE

Diego has put in a lot of hard work these past few years. The centenarian made headlines in January after his “raging sex drive” aided the survival of his species: He’s fathered close to 40 percent of the giant tortoises bred at a research station in the Galápagos. Now, researchers will return Diego and his relatives home to their native island of Española.

When the program began in 1965, the giant tortoise had just 14 individuals remaining, down from 2,400 adults before humans started hunting them. The species lives longer than most other vertebrates, often exceeding 100-year lifetimes. They can weigh over 500 pounds and measure up to 6 feet.

Diego joined the captive breeding efforts in 1976—and has been a star ever since. But claims about his libido are somewhat inflated, given that his sex life was orchestrated by humans.

Tortoise social behavior is still largely a mystery, so it’s hard to tell why one individual would fornicate more than others. Diego’s purported high sex drive is an “urban legend,” Tapia says: He’s certainly charismatic, but his vibrant personality doesn’t necessarily correlate with the anthropomorphic concepts of lust and desire.

What’s more, Diego wasn’t even the biggest playboy in the program. Another captive male, known simply as E5, fathered about 60 percent of the 2,000 offspring at the center. The third male, E3, apparently made no significant contributions.

In the wild, males compete aggressively for females. Diego’s species frequently squabble over shady cactus trees, which they like to share with their ladies. Longer-necked males have an easier time munching on the branches, so they often win more partners.

Unlike frisky tortoises in the wild, researchers at the Fausto Llerena Tortoise Center ensured that the males contributed to future populations as equally as possible. Such programs aim to avoid genetic skew, which could pass down harmful mutations to offspring.

The staff at Galápagos National Park also brought on conservation geneticist Joshua Miller to act as a tortoise “matchmaker,” advising them on the safest mating combinations. Miller studied a similar restoration effort with another species of giant tortoise from Floreana island. His team used genetic markers to identify which male and female tortoises were most closely related and ultimately paired individuals with the most distant relatives possible. The process was harder on Santa Cruz, he says, given the species’ modest population. He admits that Diego and E5′s dominance in the program isn’t ideal for tortoise conservation efforts: “We’re trying to avoid that skew going forward,” he says.

Still, the program is considered a win for captive breeding efforts. Stephen Blake, an assistant professor in biology at Saint Louis University, has tracked tortoise migration in the Galápagos. He emphasizes the major population boost since the center’s inception.

“We have so much doom and gloom in the world now, in terms of conservation and the environment,” Blake says. “I think it would be important to highlight the spectacular success, at least in the short term, of this Española tortoise program.”

As Diego and his extremely large family return to their native island, they’ll have to grapple with a few changes to the landscape. In the 18th and 19th centuries, humans brought invasive goats and pigs to the Galápagos, which ate tortoise eggs and damaged soils for native cacti. Park officials have recently worked to eradicate the non-native species. The newly reintroduced tortoises will also face the hazards of climate change. Like several other vertebrates, outside temperatures determine a giant tortoise’s sex as it develops in the egg. Higher temperatures could increase the ratio of female individuals and threaten a species’ ability to repopulate.

Despite these uncertainties, the staff at the center is banking on Diego, E5, and their accomplishments. Scientists have determined that it’s best to breed island tortoises in small groups and slowly transition them from captivity to the wild, where the animals can freely fight over cacti and have sex only when they want it.