How to stay safe around moose

Don't end up on a wild moose chase. 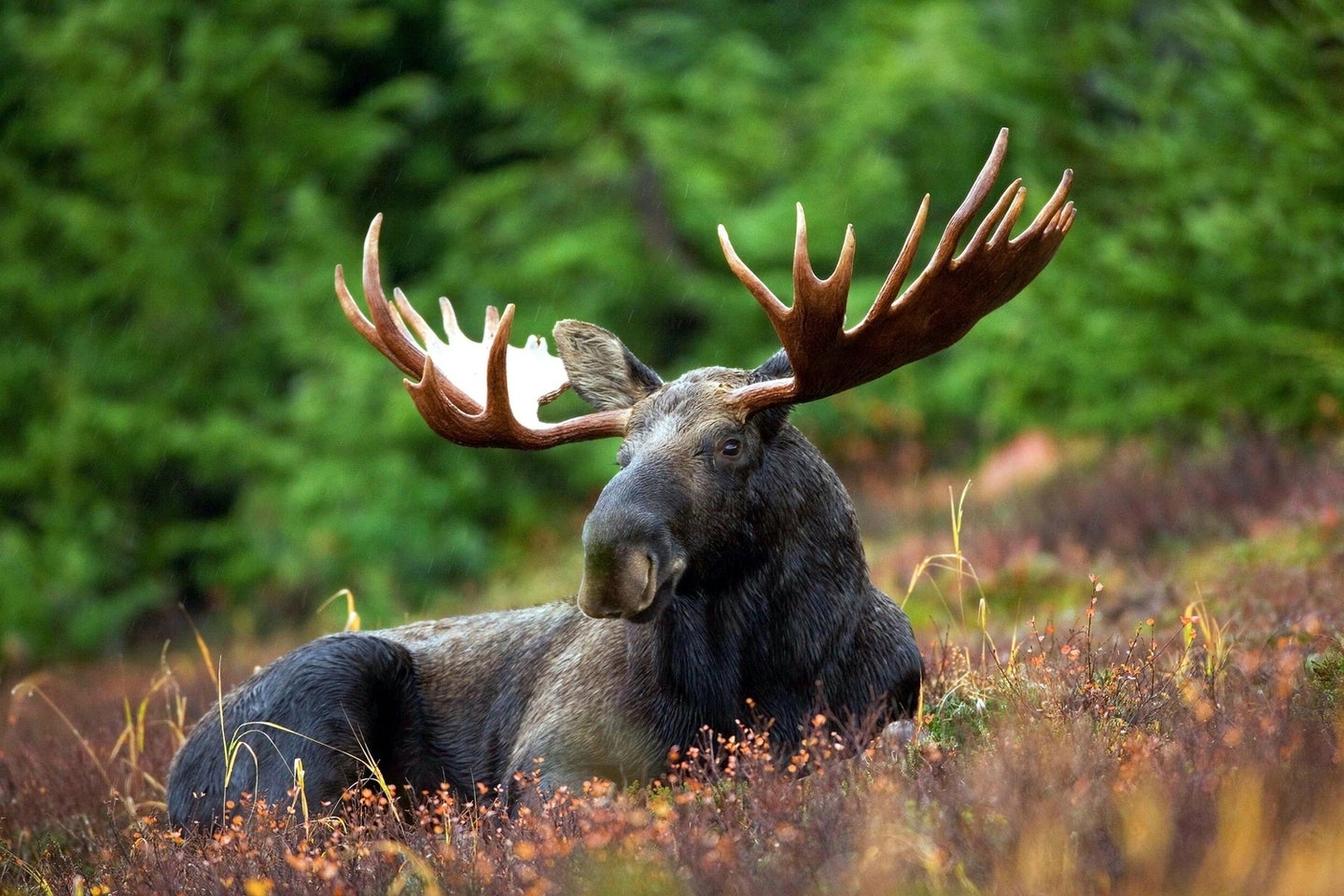 Moose: They’re easily among the top three of nearly every hiker’s must-see list in places like Canada and Alaska. They are massive (weighing up to 1,600 pounds and standing over six-and-a-half feet tall), hairy animals that appear to be so awkward and friendly that many assume they couldn’t possibly be aggressive. But that’s not always the case. In fact, there are more moose attacks in Alaska than black bear and grizzly attacks combined. There’s good news though: It’s usually not hard to avoid a violent encounter with the largest member of the deer family.

Moose aren’t as docile as they may seem

The long, spindly legs, droopy nose, and furry bell (that’s the dangly bit that hangs from the underside of the animal’s chin), give moose the appearance of something not only entirely harmless, but a little goofy, too. Throw in pop culture references like Rocky and Bullwinkle, and the general perception is that moose are just big, lumbering herbivores that wouldn’t hurt a fly. And while that holds true most of the time, moose, if provoked, can be just as dangerous as the clawed and fanged omnivores that people usually worry about in the wild.

For starters, moose can run up to 35 mph, which is at least two times faster than the average person. Plus, they outnumber bears nearly 3 to 1 in Alaska—where the largest North American moose subspecies resides—and they wound 5 to 10 people annually. Compare that to an average of two bear attacks per year in North America across the continent.

How to avoid encountering a moose

Although moose are everywhere in Canada, Alaska, and in some parts of the northeastern U.S. and Colorado Rockies—you may even spot one in someone’s garden or on the golf course—these animals are relatively easy to avoid.

Pat Lampi, who lives in Anchorage, Alaska, and is the executive director at the Alaska Zoo, regularly comes across moose both on his commute to work and during activities like hiking, biking, and cross-country skiing. He’s never been charged by one, likely because he knows a few things to keep in mind to keep himself and the animals safe.

For starters, moose may feel threatened, protective, or surprised if you get too close, so make your presence known. Much like bears, mountain lions, and many other wild animals, the mere sound of human voices is often enough to warn them of your approach and send them into hiding. While in moose country, make sure to stay noisy: talking loudly, singing or clapping from time to time are always good ideas. It might make you feel silly, but you won’t surprise a moose when you round a corner.

It’s especially important to keep your distance during the late spring and summer, when female moose (known as cows) are with their calves and are more likely to protect them against predators by any means necessary. “They see anything as a threat to their babies,” Lampi says.

Male moose, or bulls, on the other hand, are more aggressive in the fall, near September and October, when they begin to shed the velvet on their antlers and the annual rut, or mating season, begins. “That’s when they lose their minds,” Lampi says. “They’ll fight with anything that crosses their path: another moose, a swingset, Christmas lights, anything.” Get between him and a female and all bets regarding safety are off.

Watch out for red flags

Fortunately, for innocent passersby, there are often signs that a moose is perturbed and likely to charge. First, take a look at the ears. Most of the time, a moose’s ears will flick this way and that, but if they are pinned backwards, the animal is agitated and it’s time to walk away quickly. Next, to further warn you that the animal wants its space, the hair on its shoulders will stand up on end like a growling dog or a hissing cat. Finally, if the moose licks its lips, it means it’s about to charge and, “you should be finding some other place to be,” Lampi says.

If a moose does charge, get moving. The first thing is to try to get something solid between you and the moose—a building, tree, fence, any barrier will do. Once they feel that you’re not a threat, they’ll move away. Neglect to do so, and you might be too close for comfort when the animal kicks out with its front legs or turns their antlers—which can span up to six feet across—into a plow.

Stay safe (for your sake and the moose’s)

Though there are countless examples in the media of individuals who could’ve used some reminding, it goes without saying that you should never feed or provoke a moose. Lampi has heard of people throwing snowballs at a moose, which made the animal angry and resulted in an innocent bystander getting trampled. Dogs, too, can incite violent behavior, especially if they are off-leash and barking at moose, so keep control of pets when you’re outdoors.

Lastly, Lampi beseeches outdoor enthusiasts to leave their headphones at home. Sound is often one of the first signals that something large is looming around the corner or behind the bushes, and if music is flowing from your earbuds, you likely won’t hear it. Lampi tried to warn a fellow cross-country skier one winter that an injured and irritated bull moose was ahead, but because of headphones, the skier didn’t hear the warning and the only thing that saved him from an attack was the fact that the moose’s injured leg buckled under its weight when it reared to stomp and instead fell to the ground.

Like with most creatures in the wild, avoiding unwanted encounters has more to do with our behavior than theirs. “It comes down to respecting wildlife,” Lampi says. Keep your distance, don’t provoke the animals, and react responsibly to keep both yourself and the moose safe.