Greta Thunberg crossed the ocean on a carbon-free sailboat. Can we do it too? 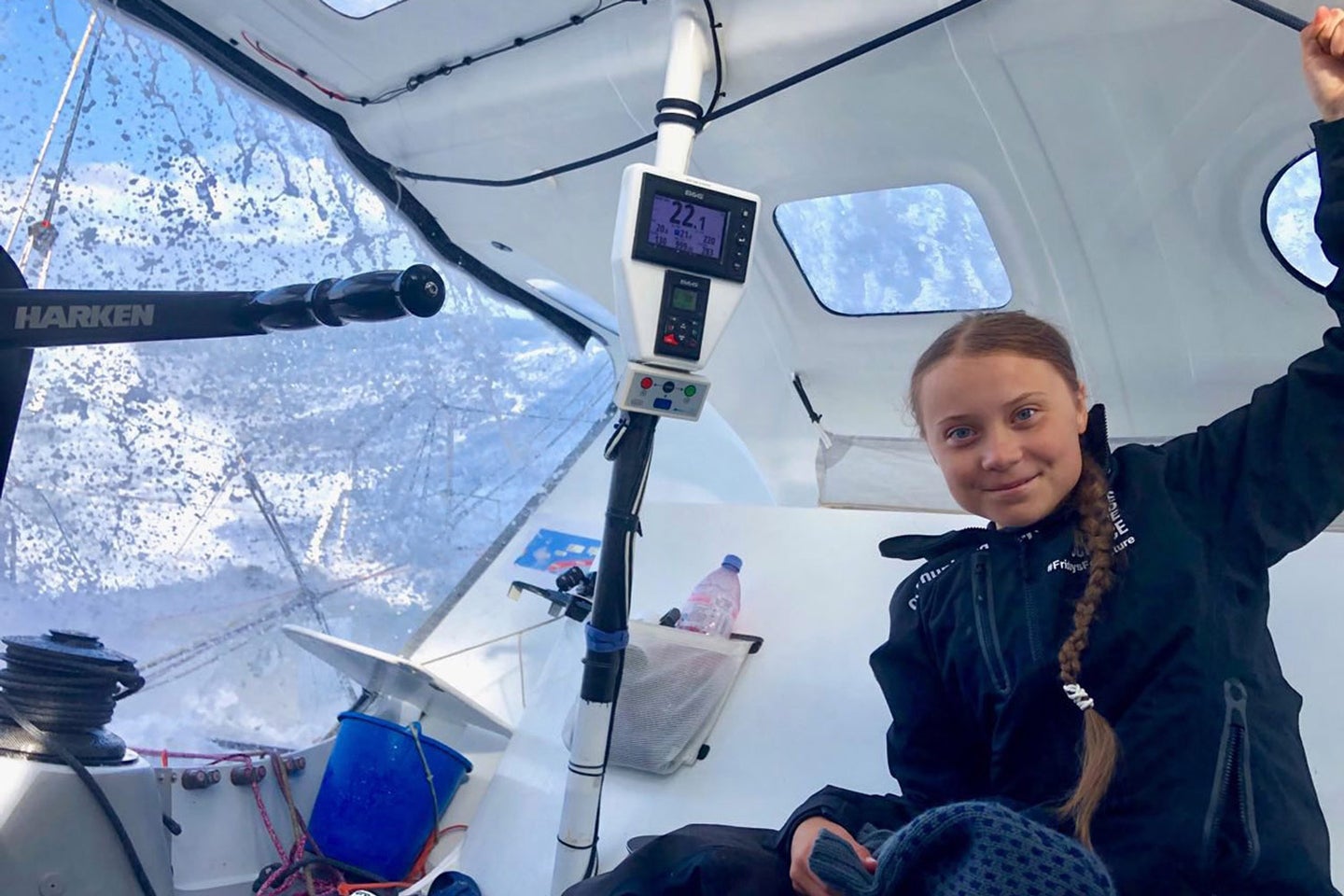 I have travelled from Plymouth, England, to the UN headquarters in New York many times, often to discuss how to protect the oceans from climate change. The deeply uncomfortable irony was that the carbon emitted on my fossil fuel-powered journey directly contributed to the problem I was there to solve.

Greta Thunberg’s decision to travel the exact same journey to the UN Climate Action Summit on state-of-the-art sailing boat Malizia II shows that there are principled alternatives. But is there a way for the rest of us to cross the Atlantic without taking to the skies?

Thunberg’s 14-day voyage was significantly faster than the typical sail time of three to four weeks, but that’s still not for anyone in a rush. Speed comes at the cost of comfort, too. Pictures from inside Malizia II show a pared-down interior, even lacking a functional toilet on board. Such extreme measures are unlikely to interest most travelers and, at any rate, hopping on one of the world’s fastest wind-powered yachts isn’t an option for most of us.

But sailing is a more feasible option than you might think. Private boats cross the ocean constantly. New online services that match boat owners with travelers mean that hitching a ride is more plausible than ever. For those with the right skills, this could be as a member of the boat’s crew, and for those without, as a passenger. Some boats require payment; others don’t.

Malizia 2 is fitted with solar panels and hydro generators making it one of the very few ships in the world allowing trips like this to be emission free.
Malizia 2 also has an onboard lab to measure ocean surface CO2 and water temperature in cooperation with Max Planck institute. pic.twitter.com/XKCDgaRYZt

The market is changing, too. Companies such as UK-based VoyageVert are actively exploring opportunities to develop sail-powered oceanic travel for groups of up to 200 people and envisage a fleet of transoceanic sail-powered passenger vessels. Traveling in such a way would drastically cut the carbon cost of crossing the Atlantic—though it’s not likely to be cheap. For climate-conscious travelers with time—and probably money—to spare, sailing is the only way to travel.

But what about travel for the masses? A potentially quicker and more cost-effective alternative would be to take a ferry. Many countries are connected by ferries, but a transatlantic ferry service does not yet exist—largely because of plentiful, faster, and cheaper flights. The closest alternative is to take a seven-day voyage in a cruise ship, which would set you back around $2,070 for a basic cabin and a return ticket.

This isn’t exactly cheap, nor will it save much on your carbon footprint. Cruise vessels are one of the most energy-intensive of all tourism activities, emitting significant quantities of greenhouse gases and health-damaging pollutants including nitrous oxide, sulphur dioxide, and particulate matter. In fact, the carbon dioxide generated per passenger in a standard-class cabin on a seven-day cruise aboard a large modern vessel is approximately 1.5 times that of a single economy flight between London and New York.

Admittedly, some of these emissions will be from the many activities on the ship rather than fuel and basic power consumption. An alternative ferry service with many of the luxuries of the cruise ship experience stripped away would be more climate-friendly, though by how much is difficult to say as ferry companies don’t routinely disclose carbon emissions. And the isolation of a seven-day oceanic journey with few activities may not appeal to many travelers.

But the carbon cost of these journeys should come down significantly in the next 20 years. The traditional reliance of vessels on heavy fuel oil, which creates air pollution and contributes to climate heating, is reducing. Thanks to new International Maritime Organization (IMO) regulations to substantially reduce air pollutant and greenhouse gas emissions from ships in the next decade, greener fuels are slowly coming into use.

Like cars, hybrid vessels combining conventional engines with batteries are also becoming increasingly common. Cruise companies are considering even greater use of battery power in response to the new 2020 regulations, as well as to minimize pollution in the sensitive environments many of their boats disturb, such as coral reefs and fjords.

Other technologies such as solar collectors, conventional sails, and keel-mounted turbines are increasingly contributing to the propulsion, electricity, and heating of ships. My estimate is that collectively, these technologies could reduce carbon emissions by as much as 50 percent over the next 20 years.

But while these innovations will reduce both carbon emissions and damaging air pollution from vessels, if anything they’re likely to increase travel time. As such, transatlantic surface travel is likely to remain of limited appeal, even if prices become more affordable.

Hydrofoil technology that lifts a vessel’s hull out of water—thereby reducing drag and increasing speed—does have the potential to significantly reduce journey times. But for this to affect transatlantic crossings, the size and weight of ocean-going vessels would need to tumble, which means using much lighter materials that either don’t yet exist or are cost prohibitive.

Until then, journey time will remain the primary barrier to low-carbon ocean travel. For now, the only answer for most of us wanting to minimize our impact on the planet is to minimize how much we travel across it—especially when it comes to crossing vast expanses of water.

Steve Fletcher is a Professor of Ocean Policy and Economy, University of Portsmouth. This article was originally featured on The Conversation.