European Scientists Want To Shoot A Giant Bullet At Europa

Could shed light on whether the icy moon could support life 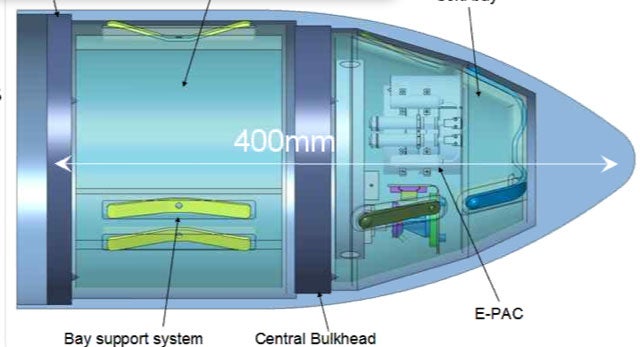 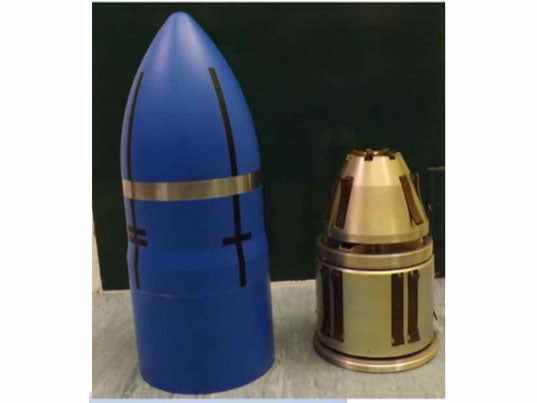 The bullet-shaped probe is 40 centimeters (or about 16 inches) long.

According to Greek mythology, when Zeus fell in love with the Phoenician princess Europa, he gave her three gifts–one of them was a javelin that would always hit its target. That’s why a team of 80 scientists has named their proposal to throw a projectile at the Jupiter’s moon Europa “Akon”, the ancient Greek word for javelin. (No relation to the rapper Akon.)

Europa has been calling to astrobiologists for years. Although its surface is frigid and bombarded with radiation, inside it contains a vast liquid ocean that might be capable of supporting life. NASA is planning to launch an orbiter and lander to Europa in 2022, and during today’s meeting of NASA’s Outer Planets Assessment Group, scientists expressed interest in getting the European Space Agency (ESA) involved in the mission.

Michel Blanc from the International Space Science Institute (he’s not affiliated with ESA) listed several ways that ESA could get involved, including building a lander or a mini-satellite.

But perhaps the most exciting proposal is for ESA to build a projectile that could penetrate a few meters below the surface of the icy Jovian moon, to learn about its geophysics and search for hints about the moon’s ability to support life.

Presenting at the conference, Geraint Jones, a planetary scientist at the University College London described what such a mission could look like.

A look inside Akon

Akon is a 40-centimeter-long, bullet-shaped probe. After separating from NASA’s orbiter, Akon would be carried closer to Europa by a little spacecraft with thrusters. This will help aim the probe, which needs to strike Europa’s surface at a 90-degree angle. This ferrying system could include an imager and a mass spectrometer to analyze Europa’s thin exosphere.

The probe itself, ejected from the space ferry at a height of 35 kilometers (or about 22 miles), could include a variety of instruments, including an imager, equipment to test for conditions that might be conducive to life, and a seismometer to look for moonquakes and to probe the depth of Europa’s icy crust. 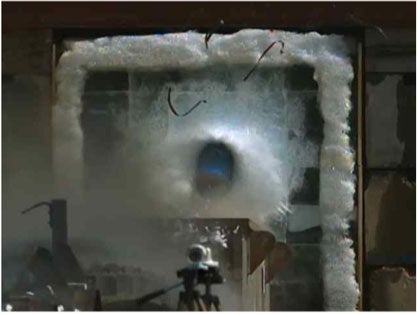 To test Akon, scientists shot the probe at a 16-foot ice cube

Akon has two parts: the tip contains the vital science instruments, which will have to act fast to gather all the information they need before Europa’s extreme cold kills them. The rear part of the bullet is heated so that the communications equipment there can stay alive for a week or more–long enough to relay the data to an orbiter.

Based on laboratory tests using a 5 by 5 meter ice cube, traveling at 340 meters-per-second, would drive the Akon a few meters into Europa’s ice. The tests originally showed some damage to the internal equipment, but the team thinks they’ve solved those problems.

Akon could target a spot near Europa’s equator named Castalia Macula. It’s an “anomalous” area, a depression that’s covered in some kind of dark, reddish material. The area seems to be relatively young, so scientists suspect it contains material that was recently erupted from Europa’s inner ocean. 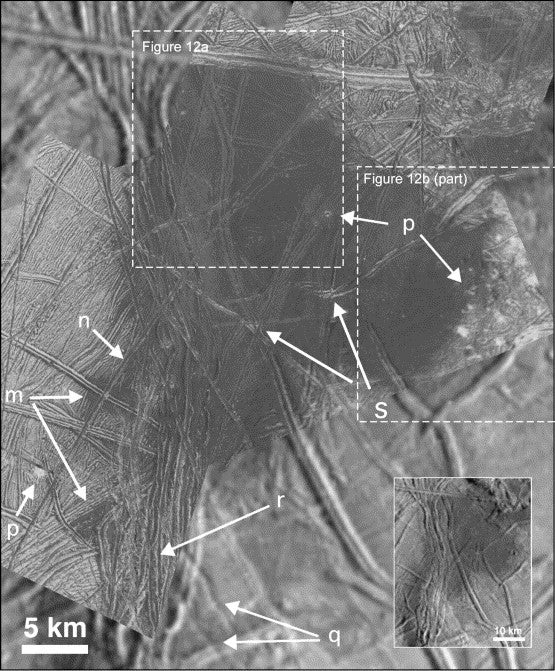 Working Akon into the Europa Mission would require “significant adjustments” to NASA’s plan, said Jones, particularly when it comes to routing the probe toward its equatorial target. Many details about the mission (including an official name) don’t seem to have solidified yet, so perhaps that won’t be a big deal.

The team would also need to make sure the probe will survive and work in Europa’s high radiation environment, and it needs to be low weight to save on launch costs, with low power demands since it will likely rely on battery power.

In addition, Akon will need to meet Planetary Protection guidelines. That would include stringent and expensive decontamination procedures–since Europa is one of the top spots to search for alien life, scientists want to make sure we don’t contaminate it with our own microbes.

Akon is just one of several potential European contributions that will be discussed at a meeting later this month. If a European addition to the mission is selected, it shouldn’t come at an extra cost to NASA — ESA is prepared to spend up to €500 million to piggyback on the Europa mission.