We Made It To Pluto! What’s Next For New Horizons? 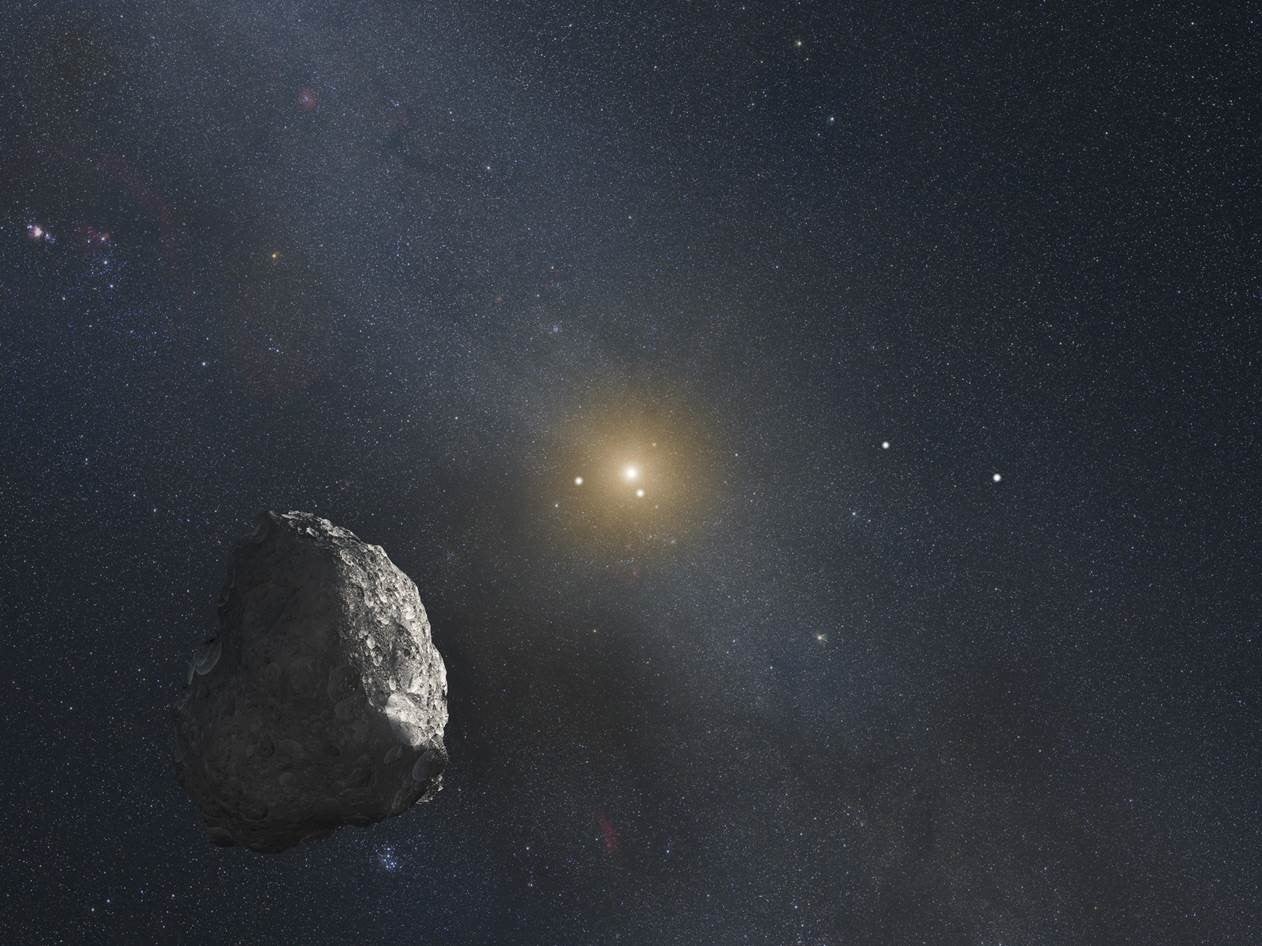 Nine years ago, a piano-sized spacecraft left the cradle of Earth to visit a strange world on the edge of the solar system. It traveled past the orbits of the familiar rocky planets and swooped through the region of the gas giants. After getting a speed boost from Jupiter, it didn’t encounter another object for years. It persevered through the cold, dark space until reaching the twilight world of Pluto. There it made history on July 14th, becoming the first spacecraft to meet Pluto and encounter an ice dwarf. It took pictures and measurements that will serve mankind for years to come… And its mission may not be over yet.

What’s next for New Horizons? In the near term, it’s going to take about 16 months for the spacecraft to beam back all the data it has collected around Pluto and its moons over the past few days. It takes that long because the spacecraft can only send information at about 2,000 bits per second, which makes dial-up AOL seem zippy by comparison. Scientists expect the mission’s major discoveries to occur in late 2015 and early 2016.

Meanwhile, the plucky spacecraft will continue on its trajectory, traveling faster than 30,000 miles per hour based on sheer momentum—no fuel required. “Nothing that we can do is going to stop New Horizons from cruising out further into the outer solar system,” said John Grunsfeld, associate administrator for NASA Science Mission Directorate, during a press conference this afternoon. And the New Horizons team thinks they can put that momentum to good use. Since this is mankind’s first foray into the Kuiper Belt—a rocky, debris-strewn ring around the solar system—why not spend a little more time looking around? 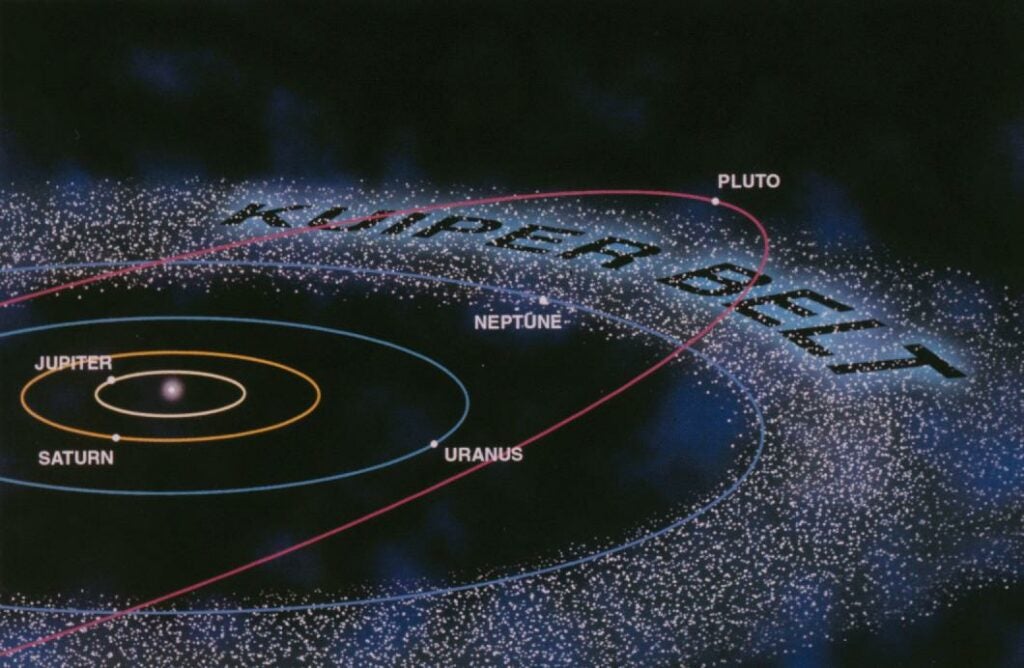 With the help of the Hubble Space Telescope, the New Horizons team has already identified three potential targets. These Kuiper Belt Objects, or KBOs, range in size from 12 to 34 miles wide. The spacecraft is healthy and it has plenty of power and fuel (hydrazine, which is used to reorient the spacecraft), says Alan Stern.

By next year the team will submit a proposal to get their mission (and its funding) extended. If it gets approved, we could lay eyes on another KBO by 2019.

Why do KBOs matter? Well for one, these icy rocks provide a sort of fossil record for the solar system. Untouched and heavily refrigerated, they may contain clues about what happened during the birth of our solar system.

And speaking of births, KBOs can also tell us about how baby planets grow into adult planets like our own Earth. At one point, Earth, Mars, and all the other planets in the solar system were Pluto’s size. And before that, they were the size of KBOs.

“Think of a comet as a planetary embryo, a small KBO as a baby, Pluto is an adolescent, and Earth is the adult… and Jupiter as an NBA player,” says Stern, half-joking. “We want to visit examples of all the size stages in order to understand the planet formation process.”

“New Horizons is opening up a new realm of exploration, not only for Pluto and Pluto’s moons, but where it goes afterwards.”–John Grunsfeld

NASA may never have another opportunity like this again, so the odds are pretty good for getting the mission extended. Grunsfeld says he is “pretty confident” the mission will be extended.

After it presumably visits a KBO, the New Horizons team may try for a second extended mission towards interstellar space. Regardless of NASA funding, the spacecraft’s trajectory will carry it in the flight paths of Pioneer and Voyager, escaping the Sun’s gravity to enter the space between the stars, though we’ll likely lose communication with it before then, when the spacecraft’s radioisotope thermoelectric generator runs out of power.

Still, scientists think the spacecraft has enough power to communicate for a few decades still, and there’s a lot we can learn before it runs out of juice. New Horizons space physicist Matt Hill says the spacecraft is heading in a similar direction to Voyager 2. He says he’d like to see what New Horizons can measure at the termination shock–the mysterious boundary where the sun’s charged particles bump into interstellar space. “It would be really nice if, 20 years from now, we can make another measurement of the termination shock with another instrument … and also in a different place.”