Who Were The First Organisms To Live On Land?

Most scientists give the credit to a group of mossy swamp-dwellers that originated underwater, but new evidence points to a mysterious life-form that lived--and died--millions of years earlier. 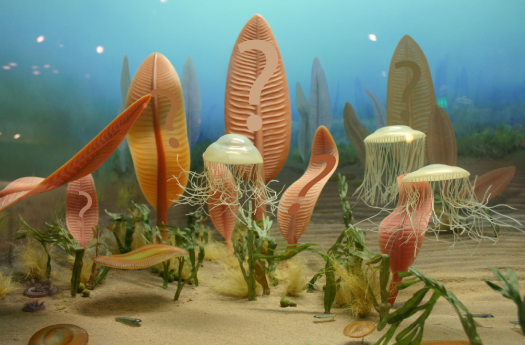 A new paper out in the journal Nature this week has stirred up an old debate among geologists about when, exactly, life on Earth first colonized dry land.

The conventional viewpoint is that the first terrestrial life migrated out of the water about 430 million years ago, in the midst of a period known as the “Cambrian Explosion of Life”–an evolutionary heyday when favorable conditions allowed life to swell and branch into most of the major forms in existence today. During this time, the theory goes, a group of freshwater plants inched their way onto muddy shores and into swamps and watery lowlands, and true land plants evolved from there. Before that, there was nothing living on the land.

But that’s not what Gregory Retallack, a geologist at the University of Oregon, thinks. Instead, Retallack argues that that the very first landlubbers belonged to an extinct group of organisms called Ediacara, which last lived on Earth some hundred million years before the rise of amphibious plants.

The Ediacara’s lack of living ancestors makes it a hard group of organisms to learn about. The clues that do exist come from the physical traces the Ediacara left behind. Those fossils suggest that they were small tubular or frond-shaped creatures, and that they first evolved some 630 million years ago at the end of an extraordinarily cold ice age, and that they disappeared about 90 million years later, right as the Cambrian period and its explosion were getting started. 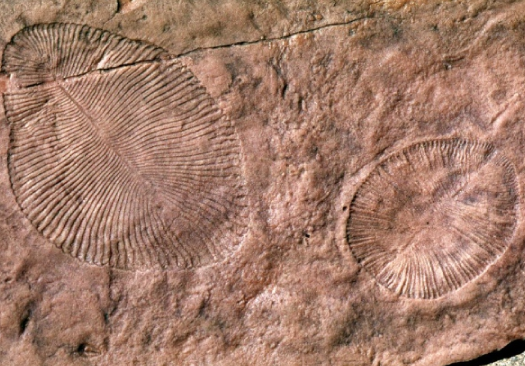 But Ediacara’s faint remains also leave a lot of room for interpretation, as evidenced by the current controversy. When Retallack’s colleagues examine the fossils and their surrounding sediment, they see the outlines of marine animals articulated in hardened mud from the ocean floor. But when Retallack looks at Ediacara fossils, he sees traces of lichens, surrounded by the kind of rock that forms, not in the ocean, but on dry land.

Retallack’s Ediacara-first hypothesis is definitely the minority viewpoint, but–to quote EO Wilson paraphrasing Schopenhauer, “All truths–if that’s what you’re dealing with–are met first with ridicule, then with outrage, and finally with acceptance, saying ‘Well, it’s essentially what we knew all along.'”