These Are The Best Photos Of Ceres We’ve Ever Seen 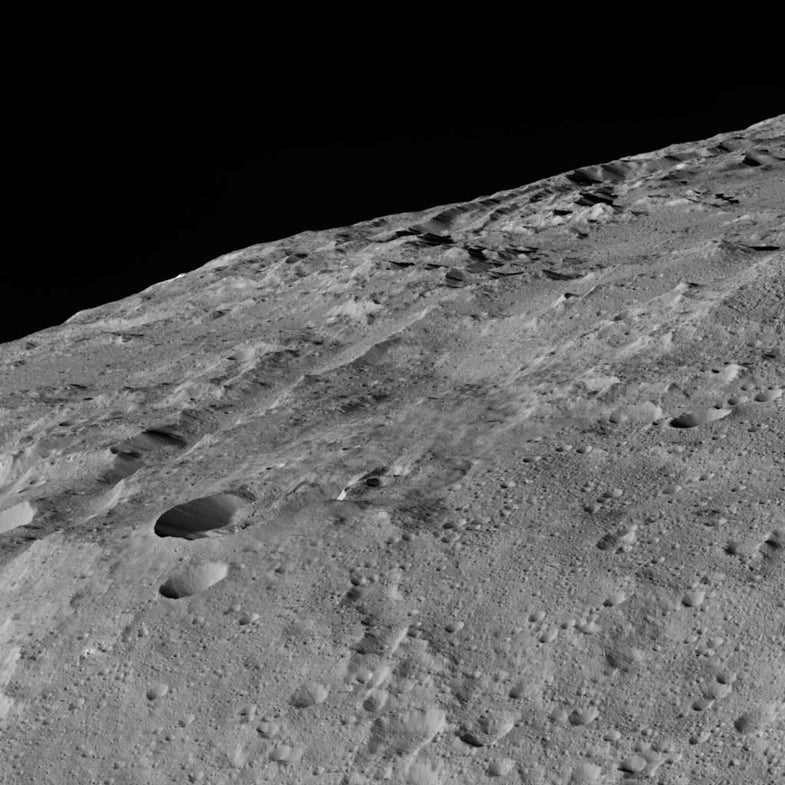 Ceres' troughs and ridges were caused by impacts, but some are suspected to be the result of tectonic activity long ago. NASA/JPL-Caltech/UCLA/MPS/DLR/IDA
SHARE

NASA’s Dawn spacecraft has finally reached its closest orbit to Ceres. Now, from a distance of just 240 miles, we can see the dwarf planet in greater detail than ever.

The Dawn mission was the first to visit a dwarf planet (sorry, Pluto). After arriving in March, the spacecraft has been orbiting and studying Ceres, which is also classified as an asteroid–the largest in the asteroid belt between Mars and Jupiter.

From a distance of 240 miles, Dawn’s view of Ceres is similar to holding a basketball 7 inches from your eyes, chief engineer Marc Rayman told Popular Science in January. The resolution of the new images shows about 140 feet per pixel.

Dawn will spend the remainder of its lifetime in this orbit, so we’ll likely be seeing more pictures like this in the near future. The spacecraft is mapping the surface and searching for information about the elements in Ceres’ crust–including what makes up those weird bright spots that look like eyes.

The mission is currently funded until June 2016. 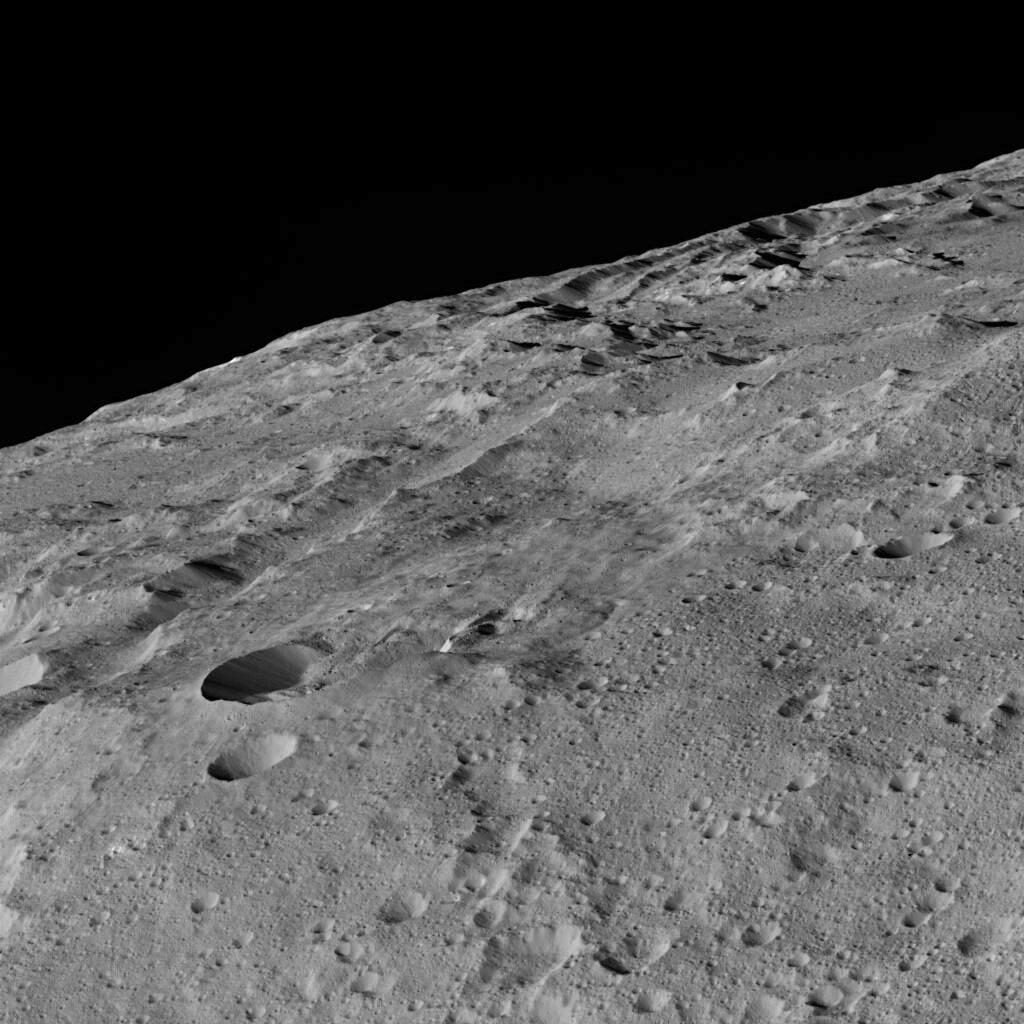 Ceres’ troughs and ridges were caused by impacts, but some are suspected to be the result of tectonic activity long ago. 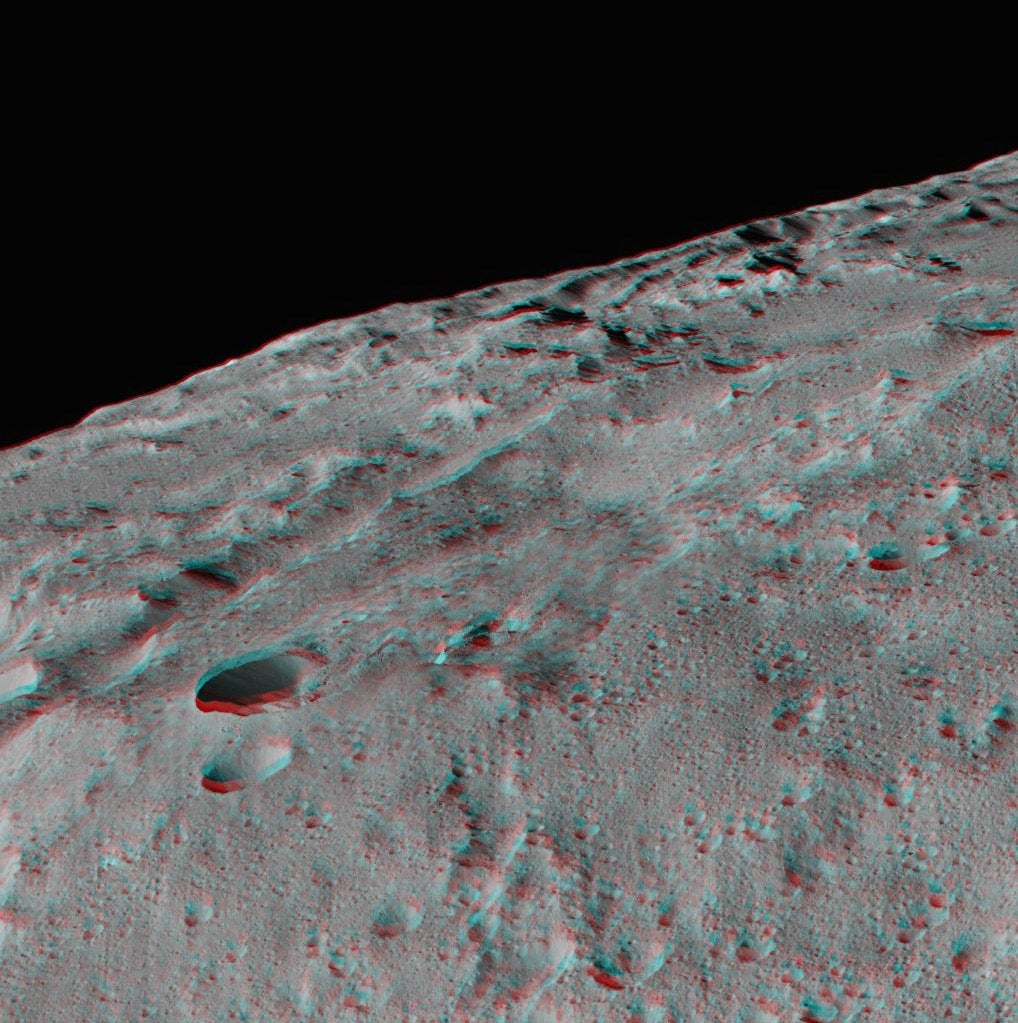 Get your 3D glasses out

Several of the images in this gallery are available in 3D. 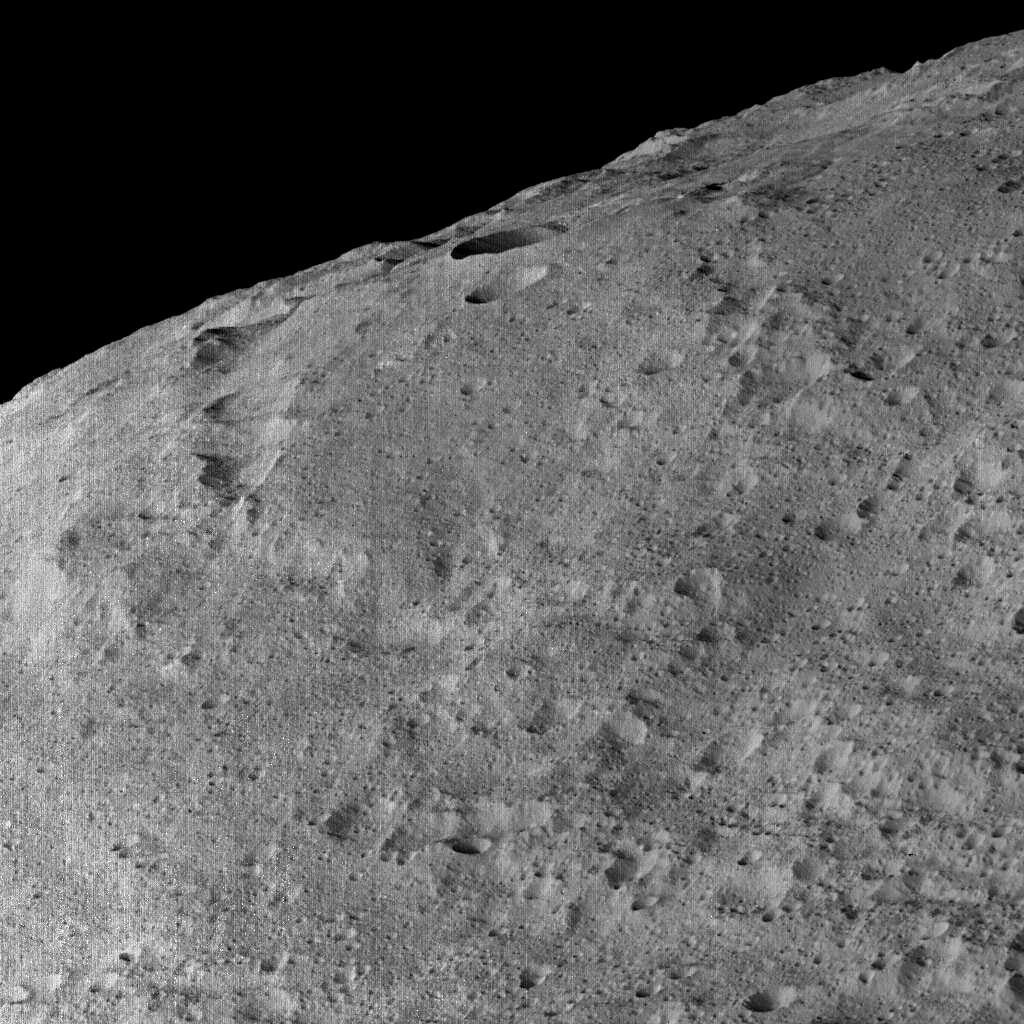 An area in the southern mid-latitudes of Ceres 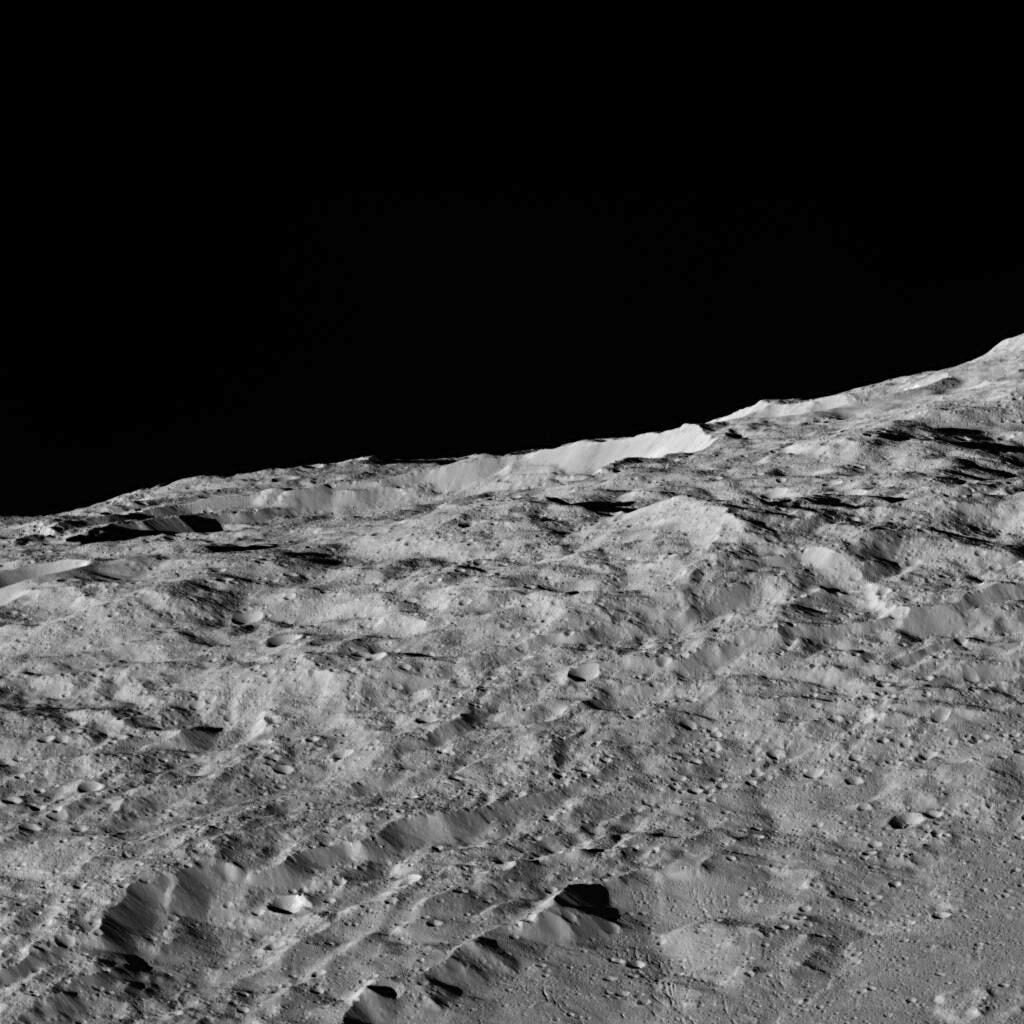 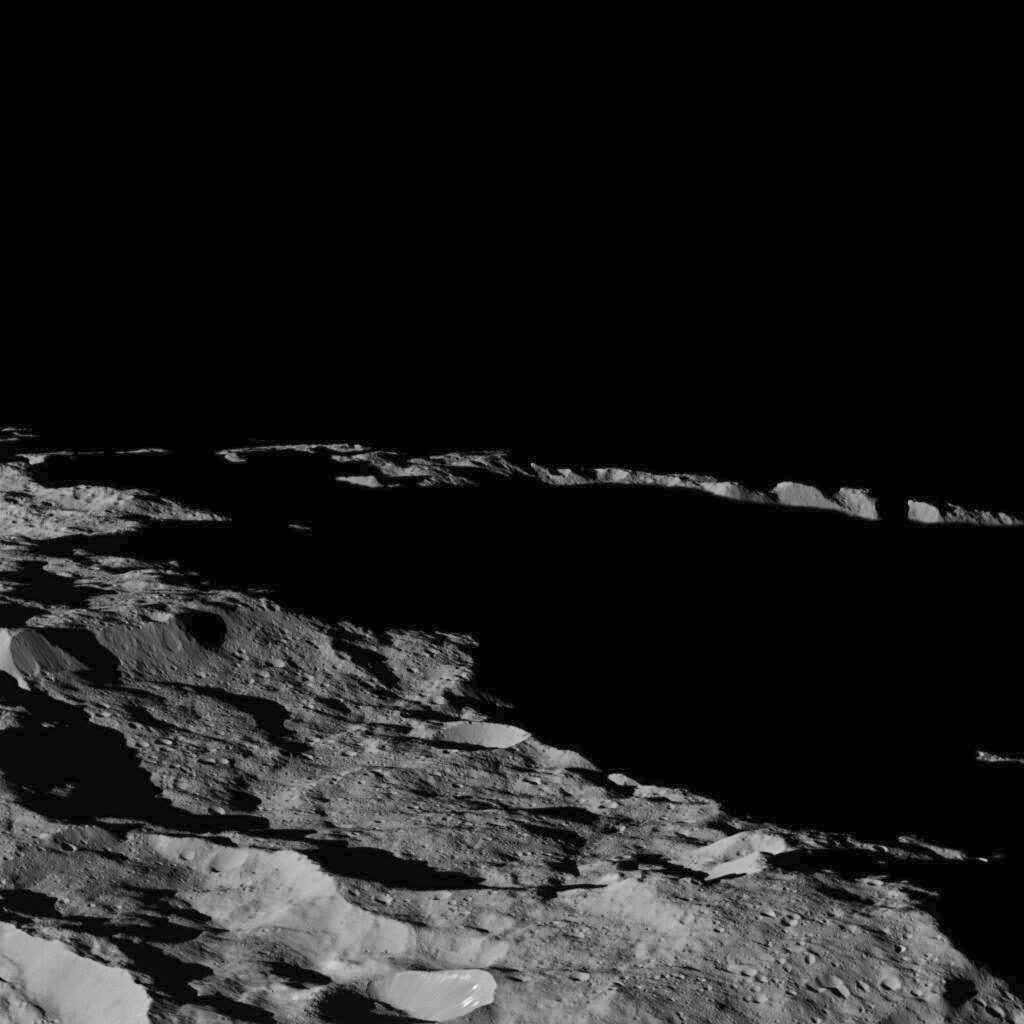