Video: Inside NASA’s Spectacular Undersea Mission to Save Earth from a Deadly Collision

With Neil deGrasse Tyson, visiting a simulated asteroid under the sea 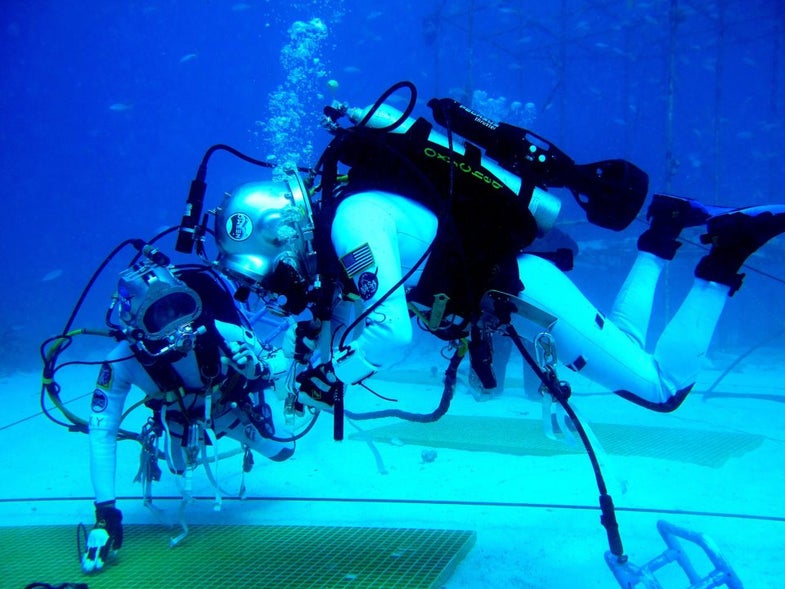 PopSci is pleased to present videos created by Motherboard, Vice Media’s guide to future culture. Motherboard’s original videos that run the gamut from in-depth, investigative reports to profiles of the offbeat forward-thinking characters who are sculpting our bizarre present.

The possibility that Earth will be hit by an asteroid in our lifetime isn’t huge. But here’s the thing: the threat is so potentially catastrophic that even a small chance of impact – and the utterly apocalyptic waves that could subsequently erase entire coastlines – makes an asteroid one of those things that someone should probably be thinking about.

For years, that’s precisely what a little-known NASA project has been doing, 20 meters beneath the ocean surface, some four kilometers off the coast of the Florida Keys. Each summer, groups of aquanauts descend to Aquarius Reef Base, the world’s last true sea lab, run by the US National Oceanic and Atmospheric Administration, to live underwater for two weeks at a time, as part of a project called NEEMO, or NASA’s Extreme Environment Mission Operations.

And watch an exclusive interview with the asteroid aquanauts: