Humans are infecting wild lands with our noises

It’s getting loud out there 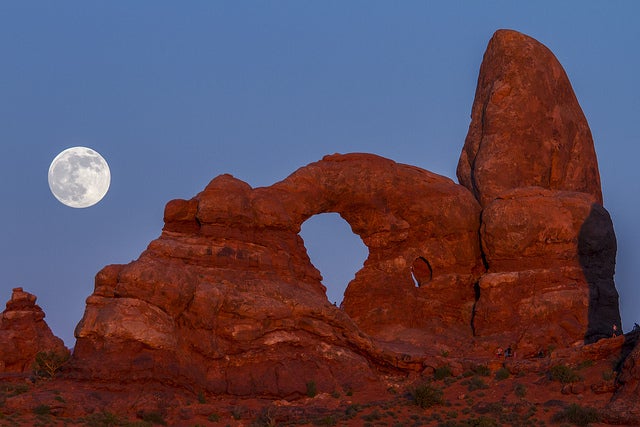 “Do you know that the ears of the whale are sacred? Because the ears are the entrance to its soul,” said the whaling captain.

It was 1979 and Christopher Clark, a young researcher doing field work near Barrow, Alaska (now Utqiaġvik, Alaska) —located up in the northern reaches of the American arctic—had been allowed to enter the tent of a whaling captain. The captain still practiced the traditional Iñupiat method of whale hunting from a umiak or open skin boat, and had landed himself a very large whale.

“I wanted to ask him if I could extract the ears out of the whale to preserve them and take them back to a colleague who studies auditory capabilities in marine mammals,” said Clark, now a senior scientist of Neurobiology and Behavior in the College of Agriculture and Life Sciences at Cornell University.

When the captain said that the ears were sacred, “I was like—what? He knows,” said Clark.

You see, it’s the bowhead whale’s amazing auditory capabilities that allow it to navigate in complete darkness, under multi-year sea ice that stretched thirty, forty, fifty inches thick. But as they lose that silence, it’s harder for whales to function. A new study released today in the journal Science suggests that humans are making the natural world louder.

It’s hard to wrap our head around what that means in practical terms, because we’re used to thinking of sound in pure decibels. We say that 10db, the sound of a human breathing, is quiet, while a gunshot at around 145db is loud. But instead of thinking in absolute terms, the authors use a relative measurement called noise exceedance—that is, how much louder a sound is than normal. If you’ve ever been in a very quiet room and had the air conditioner suddenly kick in, you know what exceedance is. The air conditioner seems jarringly loud, even though it’s typically quieter than the sound of a person talking. But still, if you were to try talking to someone you’d have to speak up a bit, and if you were trying to listen to something you’d have to increase the volume. Even though the air conditioner is “quiet”, it’s still loud enough in that context to change your behavior.

“One of the things that is true whether you’re in the ocean or on land or in the air,” said Clark, who was not involved in the new study, “is that the vast majority of animals depend on a naturally quiet world for all of the basic things they do: for finding food, finding mates, navigating, maintaining social networks. Sound is really, really important. When we make a lot of noise, what science is telling us is that animals find it more difficult to survive.”

How noisy is it? Really noisy

Twenty percent of those unusually noisy areas (and 14 percent of critical habitats of endangered species) are now 10 times louder than normal. They’re so loud as to tip the scale beyond what even humans can happily tolerate.

To get these results, Buxton and her colleagues used acoustic measurements from 492 sites around the United States featuring over one million hours of acoustic values.

“We used those values to create a sound model that incorporates a whole suite of geospacial features that affect sound,” said Buxton. “That’s everything from anthropogenic sources, like vehicles and aircrafts, and also natural sources like distance to a river.”

The model allowed them to predict other scenarios—including what the sounds would be like if you minimized or took away all anthropogenic sources.

“Within the model, you minimize all the anthropogenic geospacial sources,” said Buxton. “You pretend there are no more cars, you pretend there’s no aircraft going over, and that is what we call natural level.”

The difference between the two—the natural model and the world we inhabit—is what gives them the exceedance. It gives you a sense of how much anthropogenic noises raises the levels above natural.

Animals (and plants) that live in these areas and experience a full-time sound ramp-up obviously suffer the most. But humans suffer too. We head to national parks and wilderness areas to decompress, and studies show that loud spaces aren’t just rough on our hearing but also our broader health. Children who live in neighborhoods with constant low-level noises, like from train or car traffic, have higher levels of stress hormones than kids who live in quieter climes. Similarly, studies show that office workers exposed to the highest levels of office noise (conversations, typing) also have the highest levels of stress. What does it mean if even the places we turn to for respite stress us out?

“Americans are really proud of their natural parks and the scenic beauty,” said Buxton. “But part of that scenic beauty is its natural sounds.”

There are some silver linings. Although wildlife protected areas are noisy, they are less noisy than human dominated environments, and there are steps that we can take to make them even quieter.

“There’s something called quiet pavement technology that they’ve been innovating,” said Buxton. “It’s where you repave a road with highly porous pavement and that actually absorbs the noise from your vehicles engine.”

Similarly, if a park is home to a noisy road and also on an airplane route, you can try and make sure that the planes fly over or near the road, essentially concentrating the noise in one area while leaving surrounding areas to the sweet sounds of silence.

Whatever we do, it’s increasingly important that we do something. While this study focused on the continental United States, in 2014, the bioacoustician Bernie Krause told The BBC that there’s nowhere left on earth wholly devoid of human made sounds.

Shortly after Christopher Clark made his plea for the whale’s ears, he toted out his audio recorder—ancient tech by 2017 standards, but in 1979 the device cost several thousand dollars and weighed 35 pounds. Clark had used it to make whale recordings, which he played for the captain.

“A little crinkle came into his face and he was nodding, and then one by one he identified every voice in that chorus. He knew every one of their sounds,” said Clark.

The two made to part ways; Clark towards his snowmobile, the captain towards his umiak. The captain grabbed his paddle and placed the broad end into the water and the other against the back of his jaw. He motioned to Clark to come over to him.

“I came over and he handled me the paddle,” said Clark, “And I did what he did. I put the broad end of the paddle into the water, and I put the back end of the paddle up against the back of my jaw, and I was listening to the voices of the animals singing in the ocean. I’m going—wait a minute, no batteries, no tape recorder, no cable, no hydrophone, none of this sh*t I had to carry around with me everywhere. It was such a magical, humbling experience.”

Clark still goes to the arctic, though the thick multiyear ice no longer exists, a victim of a rapid warming due to climate change. He still records, but the sounds he hears aren’t quite the same.