A Building That Eats Smog 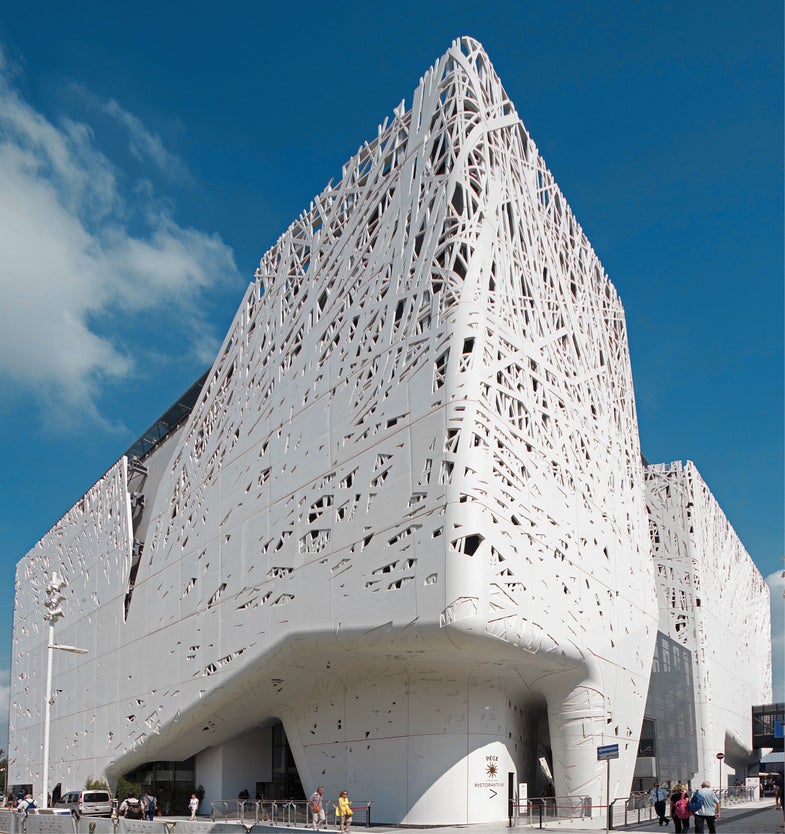 A new construction material could make the concrete jungle function a bit more like a natural one. Palazzo Italia, which debuted at the 2015 World’s Fair in Milan, is the first building made of concrete that’s designed to clear the air.

The facade, a mixture of cement and titanium dioxide, captures nitrogen-oxide pollution and converts it into a harmless salt that easily rinses off the walls when it rains.

“We wanted the building to be an osmotic organism,” says lead architect Michele Molè—like a tree that breathes in carbon dioxide and exhales oxygen.