Don’t Blame The Solomon Islands Sinking All On Climate Change

There are other factors at work, the study's author says 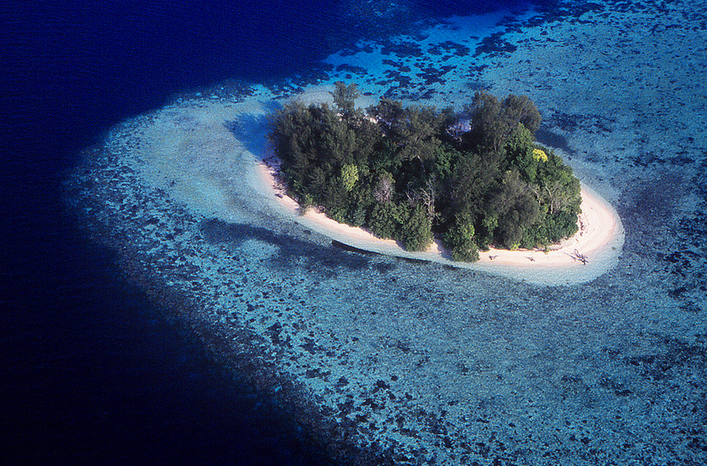 Like many eco-friendly readers, you probably panicked over the news of five islands in the Pacific Ocean swallowed up by the rising sea levels associated with climate change. Now, Dr. Simon Albert, the author of the widely-trumpeted report documenting the shapeshift of 33 reef islands in the Solomon Islands between 1947 and 2014, claims the “climate change” aspect has been overblown. According to an interview with Albert in The Guardian, several media outlets, “exaggerated” the connection between the sinking of the five Solomon islands and climate change in his new study. In fact, climate change was not even a considered factor in Albert’s report.

Albert stated: “All these headlines are certainly pushing things a bit towards the ‘climate change has made islands vanish’ angle. I would prefer slightly more moderate titles that focus on sea level rise being the driver rather than simply ‘climate change’,” Albert told The Guardian. (The original Popular Science article on Albert’s paper also was headlined with “Sea Level Rise,” not climate change.)

Albert’s study attributes the land loss on both sea-level rise and high wave energy. Yet in popular culture, sea-level rise has become almost synonymous with the warming of the planet.

While Albert’s findings may have been misunderstood by the media, we’re not out of the hot water yet. By the second half of this century the sea-level rise across the Pacific will be close to the rate observed in the Solomon Islands in recent decades. Albert’s team also observed a disturbing trend of wave energy increasing along with local sea-level rise. Translation: islands exposed to high seas were obliterated. In this regard, Albert’s report still provides a rather gloomy window into the future; it’s become clear that the amount of sea-level rise we expect from climate change will indeed drown out entire landscapes.