Australia’s SwagBot is A Robot Shepherd 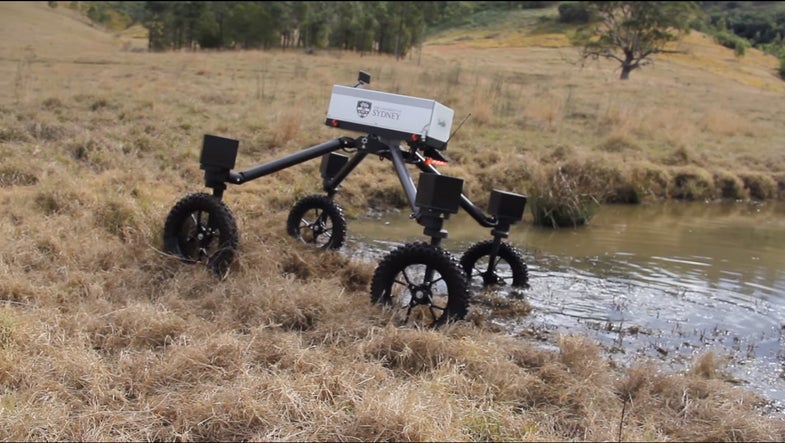 Ever since humans first domesticated animals, they’ve tried to figure out how best to control them. Horses, cattle, and sheep are all grazing animals, used to wandering free in open space. Building a fence is one option, but it either confines them to a too-small area that they’ll over-graze, or a vast field where the flock can still wander, far from shepherds and easy pickings for wolves. Dogs, specially bred and trained for the purpose, have helped humans track flocks for centuries, but what about the shepherd who wants something a bit more modern, something with more technological swagger?

Meet Swagbot, an autonomous Australian machine for herding and ranching.

Swagbot can drive over rough terrain, fallen logs, through shallow water, and down surprisingly sharp hills. It carries a camera in its face, and can launch a drone from its back, working together in a two-bot team to corral cattle.

So why use a robot for a job dogs can already do? Well, the robot can do more. Made by the Australian Centre for Field Robotics and the University of Sydney, Swagbot doesn’t just herd animals, it monitors them. (And maybe, just maybe, freaks out the animals, too.)

Watch SwagBot ramble around below: