Harmful Bacteria May Hitch A Sea Cruise On Microplastic Particles

A possible intercontinental vector for disease 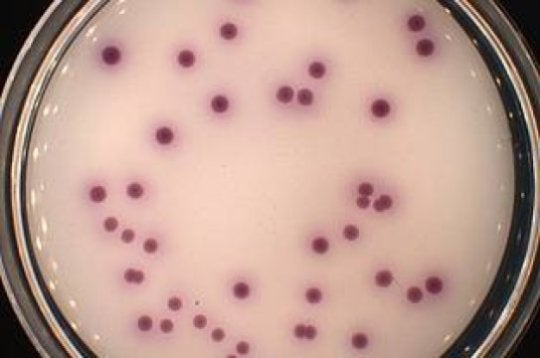 In all our oceans, particles of broken-up plastic — microplastic smaller than 5 millimeters in size — float throughout, where they’re known as a problem for animals that eat them.

Now a new study published in the journal Marine Environmental Research has found that some microplastics may also be a home for hitchhikers of a hurtful variety.

The team, from the Alfred Wegener Institut, found that a variety of bacterial species live on microplastic, even in colder waters.

In their study, the team found many bacteria in the genus Vibrio, which include some that can cause severe diarrhea and inflammation if ingested by humans.

While the more dangerous bacteria are often found around the tropics in warmer water, the researchers found their bacterial cousins clinging to the microplastic in the North and Baltic Seas.

This study brings weight to the notion that microplastics in our oceans may act as a vector for bacterial diseases.

Microplastics are persistent in waterways, as many plastic varieties do not fully decompose in water, but instead break down into tiny pieces. If they are persistent, it could allow more time to bacteria to accumulate and spread throughout our oceans.

And as climate change continues to warm our planet, and our seas, the researchers hypothesize that microplastics could play a role in transporting nasty bacteria to oceans that used to be too inhospitable for those specific bacterial colonies.

The researchers say that more research needs to be conducted to track and follow the bacterial distribution and varieties of species that cling to microplastics in traditionally cold seas and oceans. They note that coastal countries in the North and Baltic Sea regions already monitor their shores for potentially harmful bacteria.