India’s Weather Is So Hot Its Roads Are Melting 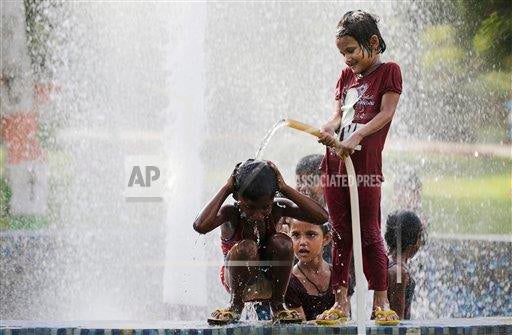 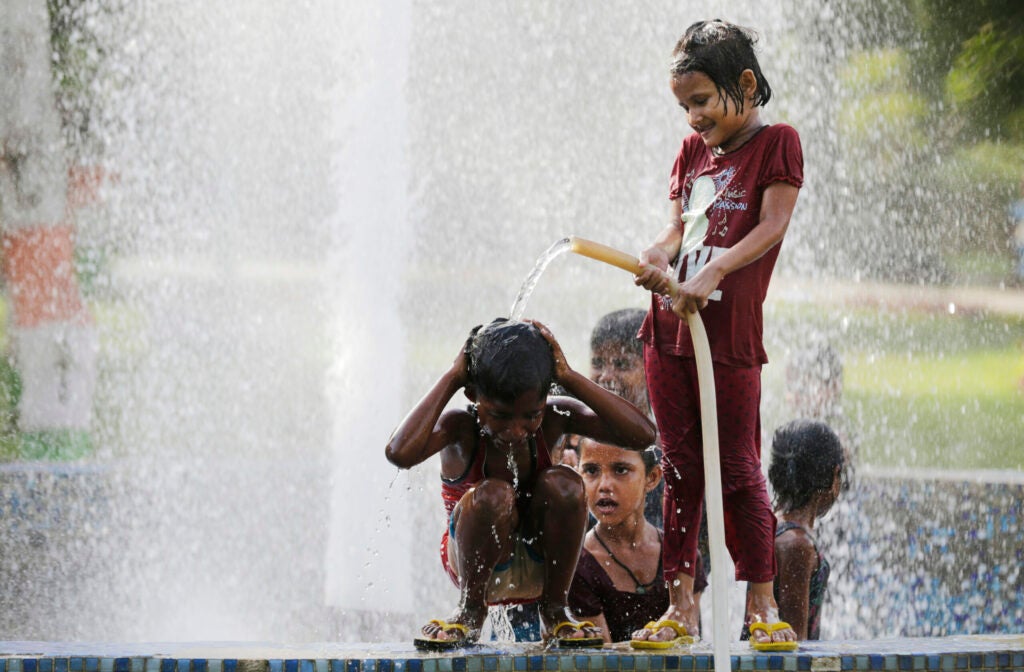 Children in India try to cool off in a public fountain earlier this month. India is currently in the middle of a heat wave.

It sounds almost like something out of a cartoon. Someone crosses the road on a hot day and gets stuck in the melting asphalt, leaving behind shoes like some kind of Family Circus trail .

But this isn’t from the funny pages.

Temperatures in India reached 123.8 degrees last Thursday surpassing a record set in 1956, and more days of extreme heat are expected this week. This isn’t even the first heat wave of the year for India. A heat wave last month killed 100 people. The Wall Street Journal estimates that 330 million people in India live in areas affected by extreme heat.

Complicating matters, India is currently struggling through a serious drought, with few cooling rains falling to break the heat.

Here in the United States the majority of states are bracing for an extremely warm summer this year. But in some parts of the world, it seems that extreme heat, like the kind seen in India, is becoming the new normal. Last summer, temperatures in Iran reached 115 degrees Fahrenheit, but felt like 165 degrees Fahrenheit thanks to the high humidity in the region. And it’s not likely to get better. Multiple studies have predicted an increase in both the frequency and intensity of heat waves within the next century, both on a regional and worldwide basis.