Snow Algae Is Melting Glaciers In the Arctic 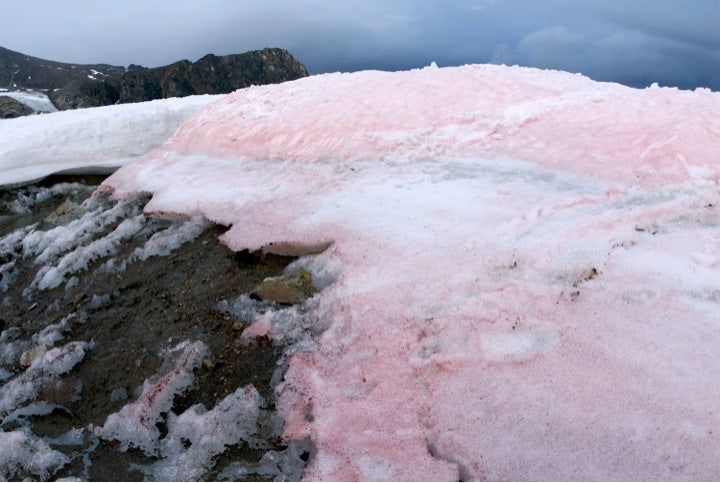 No, that isn’t a slushie spread out across the mountain. It’s ‘watermelon snow’ and contrary to its nickname it’s not as delicious as a slushie either. Instead, It’s snow that has been tinted red or pink by algae growing on its melting surface (don’t eat it–its likely bad for your digestion).

In a study published today in Nature Communications researchers found that these algae might be giving glaciers in the Arctic a hard time, as if their existence wasn’t hard enough already.

After observing melting on a glacier over the course of the ‘melting season’, researchers found that the presence of the algae reduced the albedo or reflectivity of the snow by as much as 13 percent. That’s important, because sunlight that doesn’t bounce off the reflective white surface of the snow is instead absorbed, heating up the snow and ice and causing it to melt even faster.

“Our results point out that the “bio-albedo” effect is important and has to be considered in future climate models”, lead author Stefanie Lutz said in a statement.

Glaciers, snow, and sea ice in the Arctic are all dwindling thanks to climate change. This past May just broke a record for sea ice loss in the Arctic. And while the algae growth on snow and glaciers might not be as big of a problem as other factors like climate change, it certainly isn’t helping.

Lutz and her fellow researchers plan to return to the Greenland Ice Sheet this summer to study the relationship between the algae and glaciers more closely. 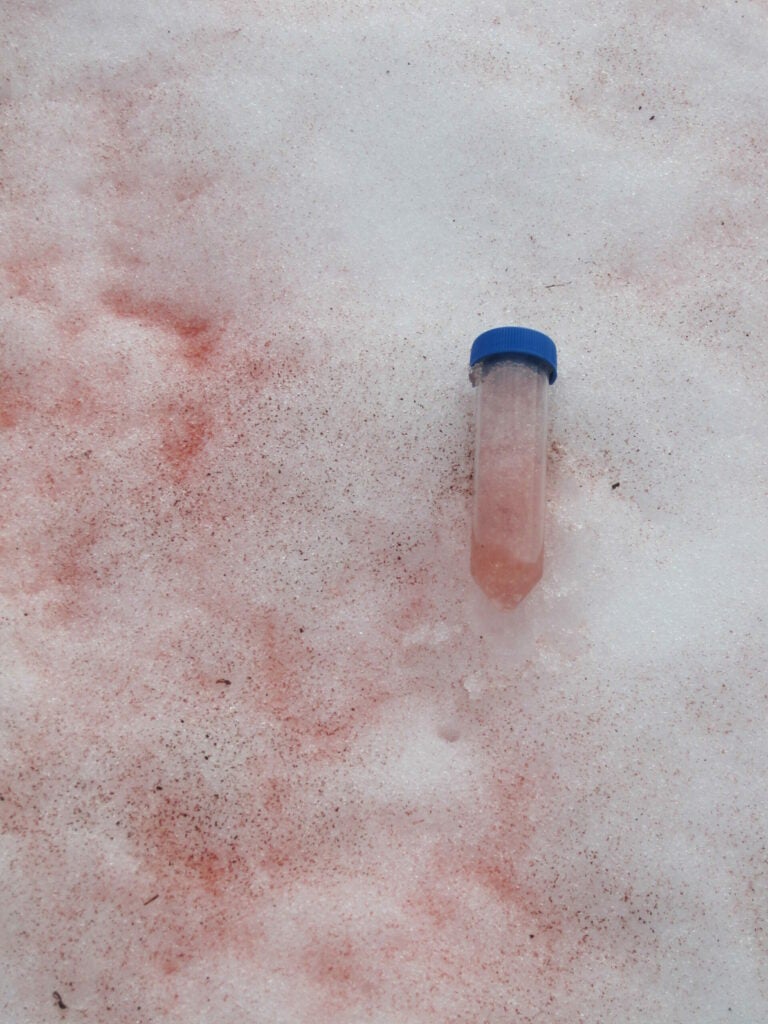 Researchers collected samples of red snow across the Arctic. 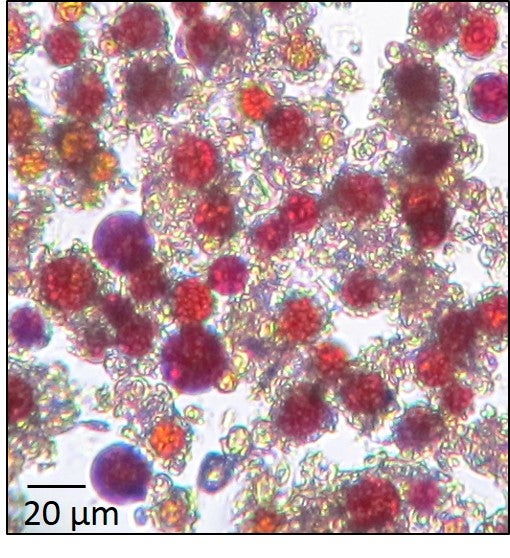 Snow algae as seen under a microscope. 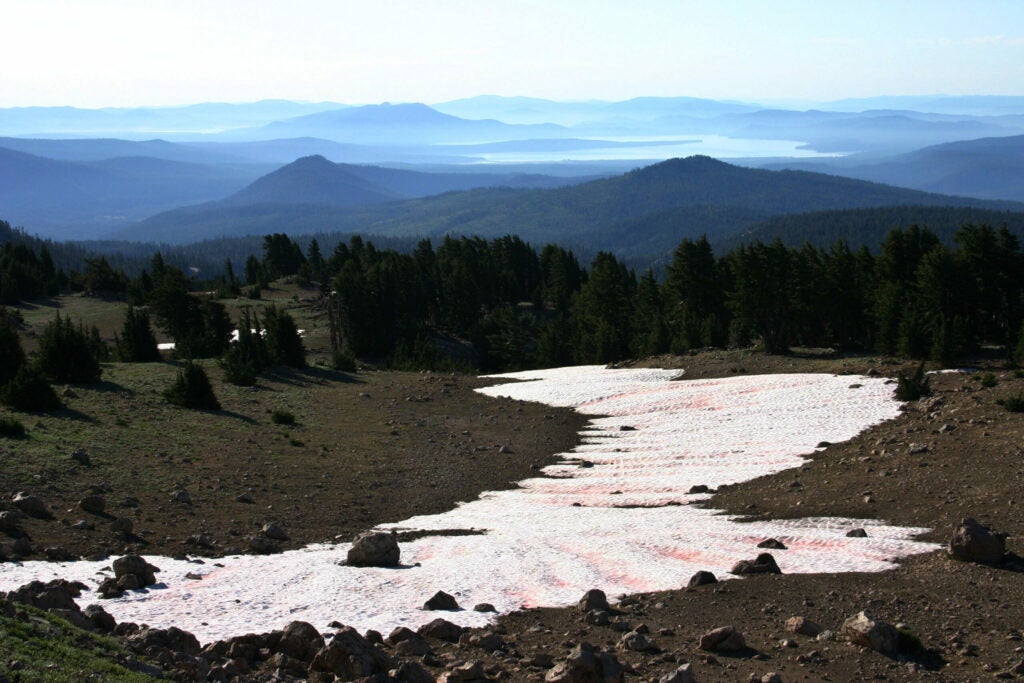 The red blooms of algae aren’t limited to the Arctic. They can also be seen in the American West, like this patch in California. 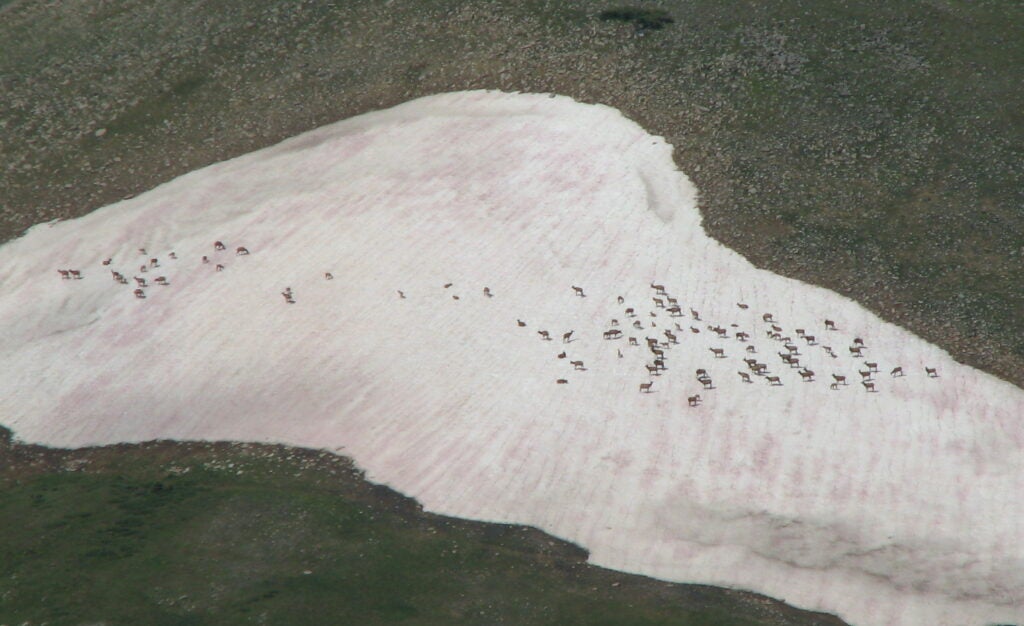