The effects may soon be irreversible 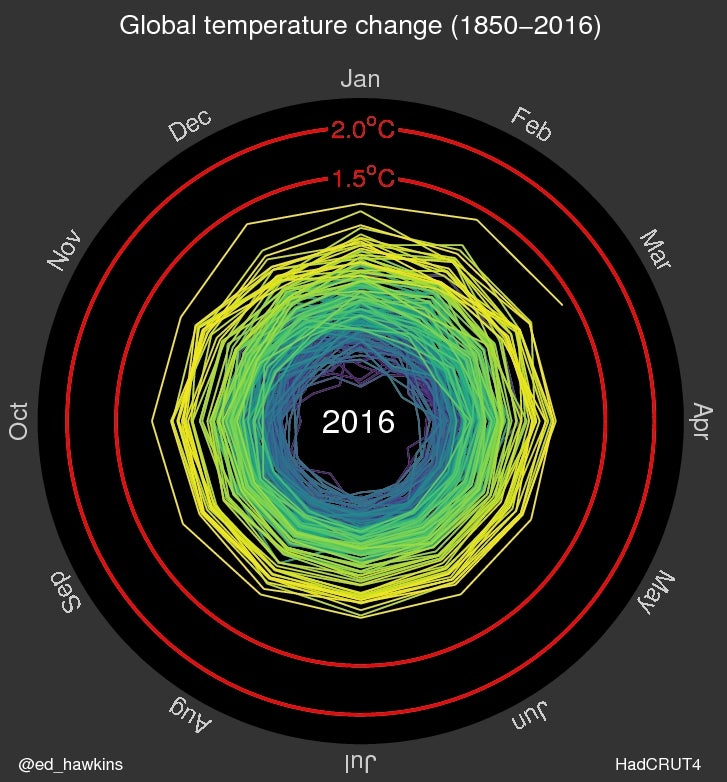 A round infographic has been making the rounds on the internet. The animation shows how the temperatures have risen over the years since 1850, spiraling upwards and outwards toward the current streak of record high temperatures that we’ve been enjoying recently.

It was created by Ed Hawkins, a climate scientist in the National Centre for Atmospheric Science at the University of Reading (the spiral design was suggested by Jan Fuglestvedt, another climate scientist).

Researchers, governments, and people around the world are worried about the world’s global average eventually reaching 2 degrees Celsius above the average temperature between 1850 and 1900. After that, some aspects of climate change will be irreversible.

As others pointed out on Twitter, this isn’t the only climate death spiral out there. Sea ice is also having problems.