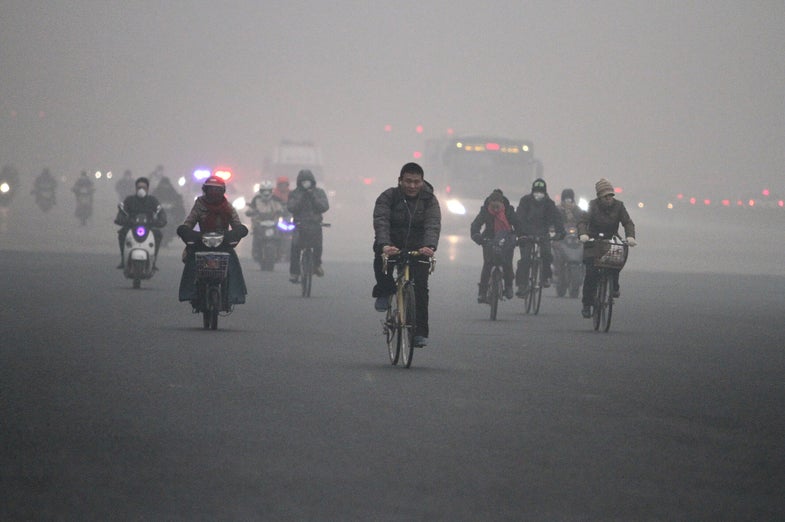 A breath of fresh air can be hard to come by, especially in certain parts of the world.

Today in China’s capital, Beijing, air pollution soared to 35 times accepted safety levels, leaving the government to order schools to close and residents to stay indoors. The alert level remains at Orange, one level below the highest alert which would force more drastic closings.

Unfortunately, this kind of pollution alert is not uncommon for Chinese cities. Studies have found that up to 4,000 people die every day in China due to air pollution. In fact, though the air pollution hit a new peak today, this round of smog has been visible since Sunday.

Two years ago similar amounts of smog blanketed the city, and even on days when the pollution is less visible, high amounts of particulates and pollutants in the air make living in the city incredibly difficult.

The pollution is made of tiny particles that can be inhaled causing damage to the heart and lungs. In addition to being a public health risk, the smog has also been linked to other disasters, including flooding in other areas of China.

There is enough junk in the air that artists can suck pollutants out of the air with vacuum cleaners, creating bricks (or even jewelry) from the hazardous dust. Unfortunately, those projects don’t make a dent in the amount of air pollution in the city.

China’s government is attributing the horrible air quality over the past few days to bad weather and increased emissions from coal-fired power plants, which are burning more coal to provide heat during the cold weather.

The influx of smog comes right at the start of the COP21 climate talks in Paris, where leaders from around the world, including China’s President Xi Jinping are negotiating an agreement that they hope will restrict the pace of climate change around the globe. The smog in Beijing serves as a timely and undeniable visible reminder of exactly what humans are doing to the Earth. 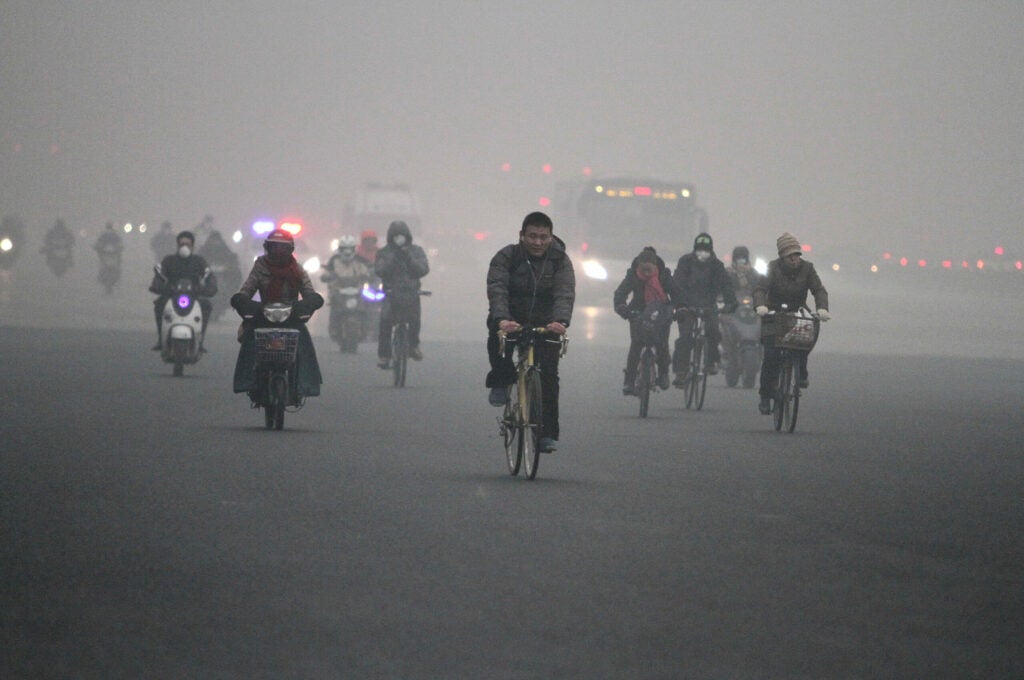 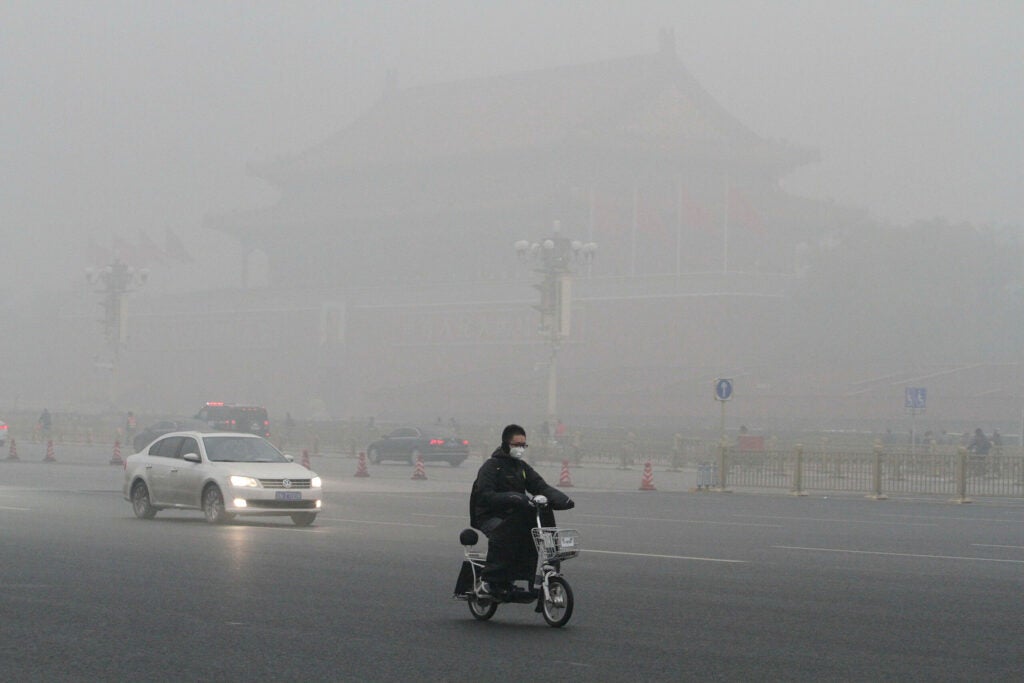 Cyclists, cars and tourists are still present in Tiananmen Square despite the heavy smog. 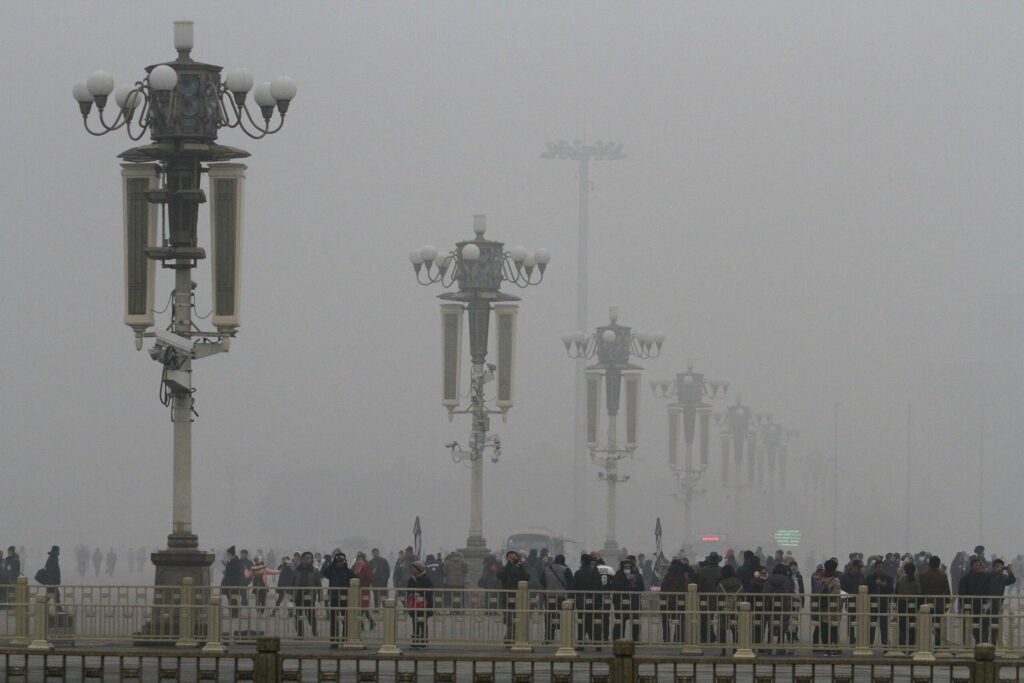 Lines of tourists attempt to see the sights in Beijing. 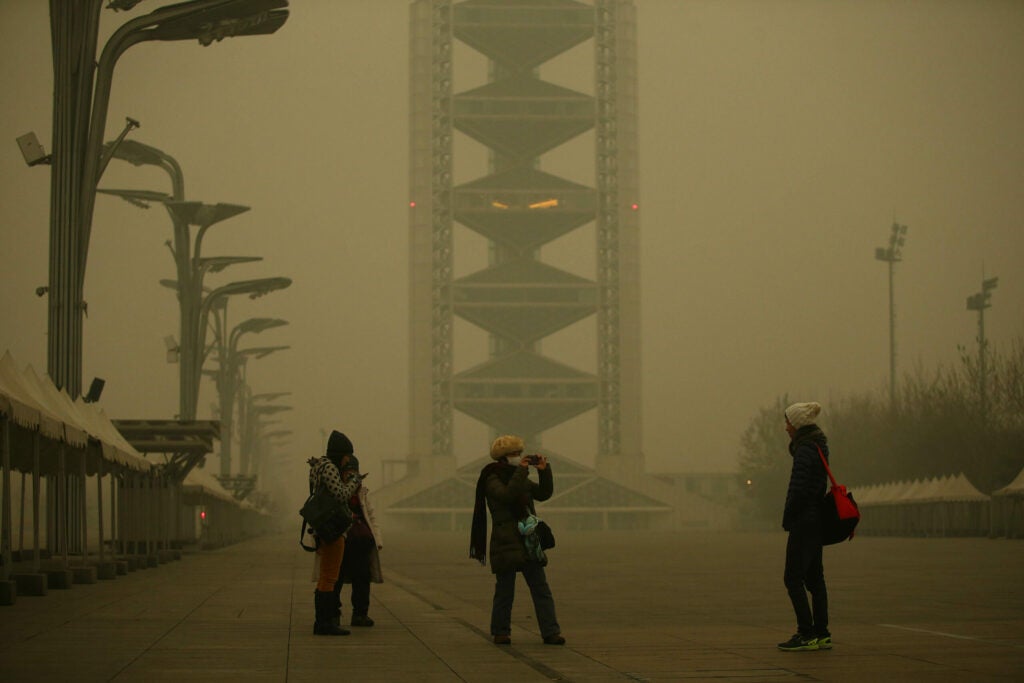 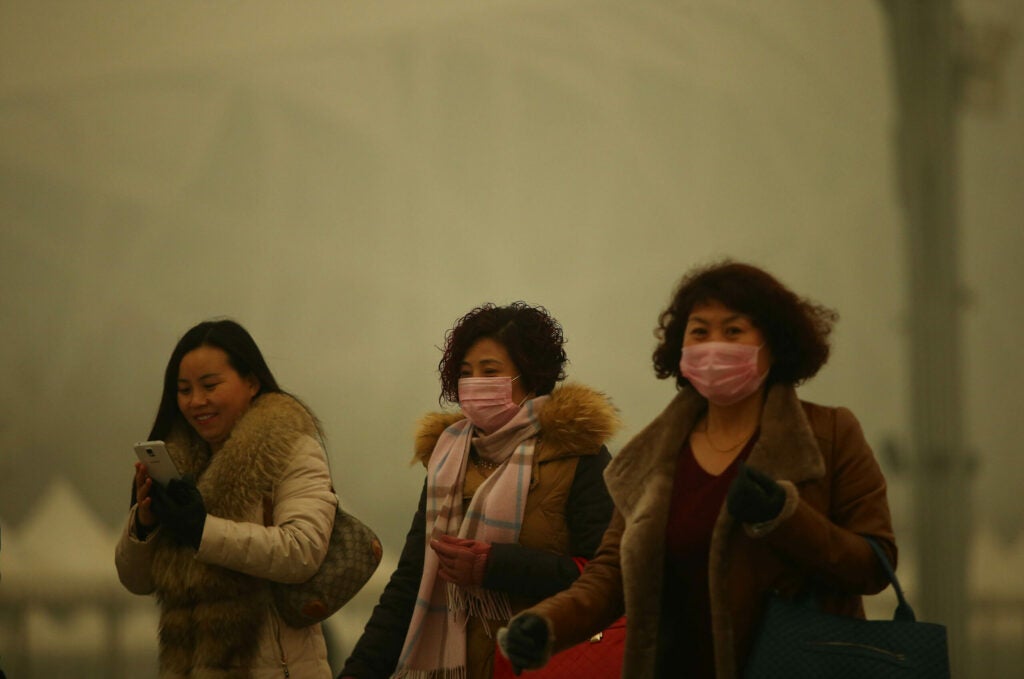 Tourists still trying to enjoy the city despite the incredibly high levels of air pollution that kept schools closed. 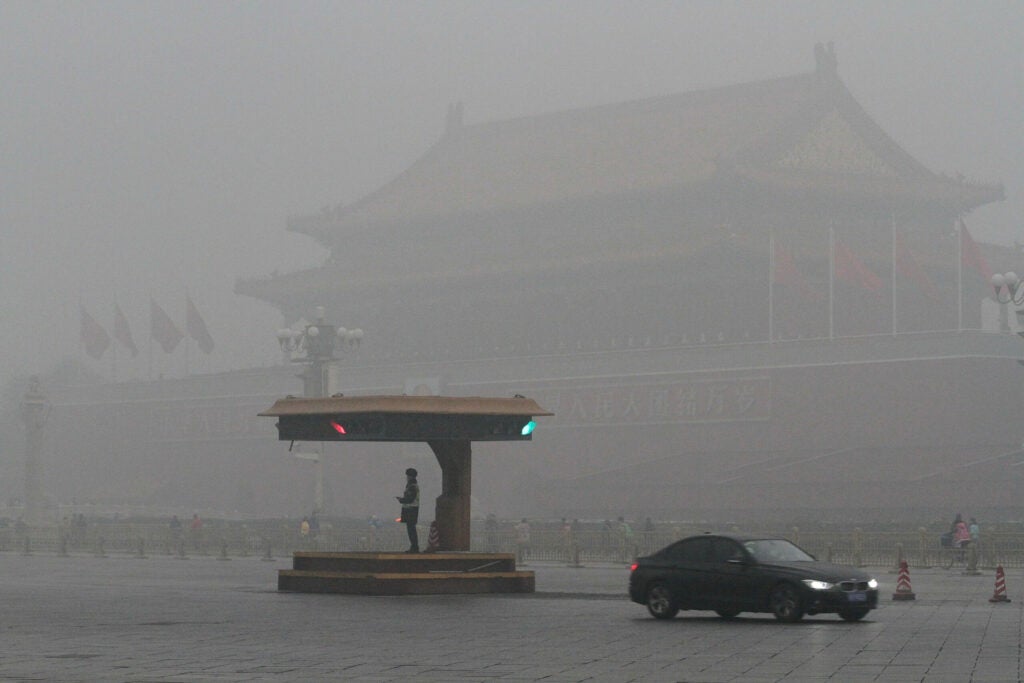 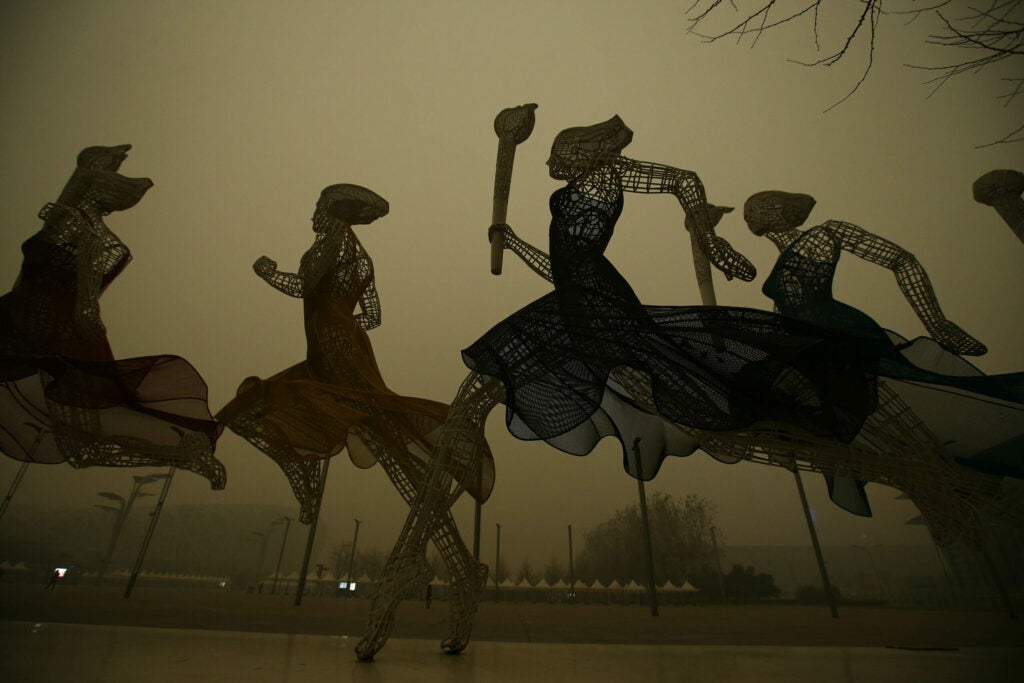