The process is fascinating. 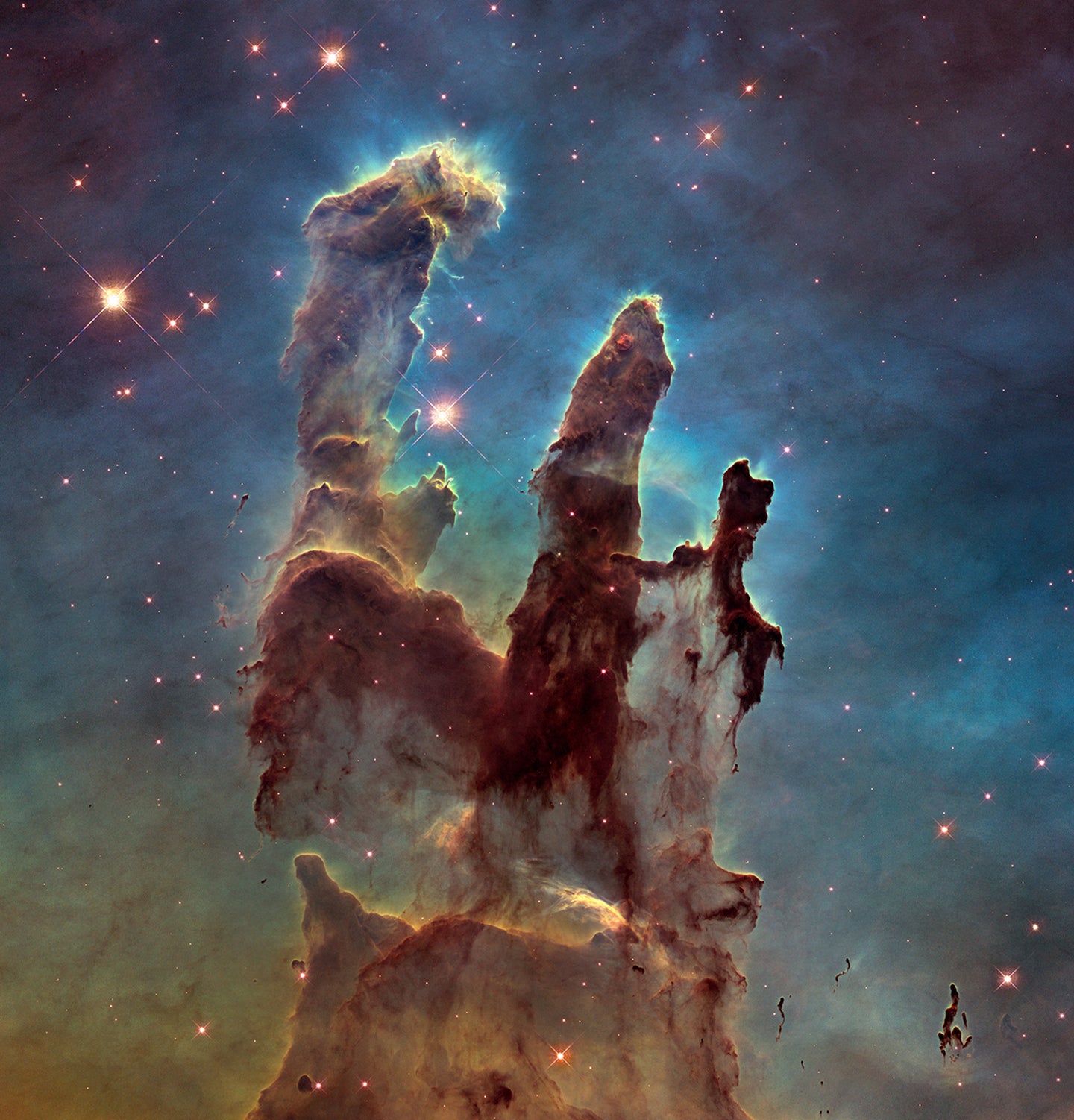 It should be no surprise that we love the images the Hubble Space Telescope captures from deep space, but did you know that those epic photos from the edges of the universe are actually all black and white? A new explainer video from Vox digs into how scientists colorize the images Hubble beams back to earth.

The video starts by explaining the basics of the visible light spectrum, the cones in our eyeballs, and how these two things work together to create color as we know it—and how we can use the same principles to colorize black and white photos.

Hubble’s main function is to measure the brightness of light reflecting off objects in space. It’s easiest to measure that in images captured in black and white. Scientists use broadband filters to separate the brightness of the light into long, medium, and short wavelengths. These wavelengths are then assigned a color based on the visible light spectrum. When the three images are combined they create a true color image— essentially what an object would look like to the human eye (if we could see as sharply as the Hubble).

Hubble is powerful enough to also record light in the more narrow parts of the spectrum, reflecting off elements like hydrogen, carbon, and oxygen. This process is called narrow band filtering and helps create psychedelic colored photos of the Cone Nebula and the Pillars of Creation.

Check out the fascinating process in the video above.