Smelly Postcards Will Give You A Whiff Of Rosetta’s Comet

Putting the "pee" into Comet 67P 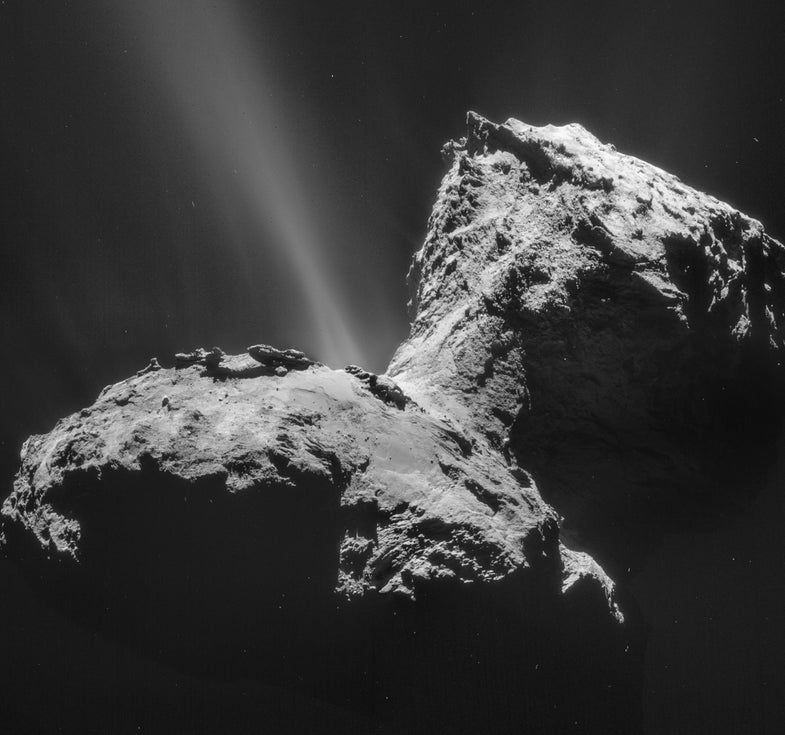 At least, that’s what we discovered last August, when the Rosetta spacecraft caught a whiff of the gases emanating from the comet as its icy surface was warmed by the sun. The chemicals detected by the ROSINA spectrometer were determined to have a truly hideous smell, with notes of rotten eggs, animal pee (cat or horse were popular descriptions), and formaldehyde. Whew.

It’s a disgusting, noxious smell. So naturally, researchers have created a perfume out of it. This isn’t something you’d want to spritz on before a date (unless you really hated your date, in which case, why go?), but researchers figured that the general public might be interested in smelling a comet, even if the smell was horrible. They created the perfume to put on postcards that will be distributed at London’s Summer Science Exhibition, a free science festival put on by The Royal Society. Just think of it like perfume samples in department stores, only less cloying and more disgusting.

If you can’t make it to London to snag a postcard, then there are other options. New Scientist reporter Jacob Aaron recently got a chance to smell the perfume, and his description is worth a read in full. He also reports that there are enough postcards to go around, and if you miss your chance next month there might be other opportunities for noxious postcard distribution later.

All you have to do is keep your nose out.