Stop the Foolishness: Of Course Pink Is a Color

There’s an interesting volley online right now between two science journalists I admire, Michael Moyer and Robert Krulwich, over the... 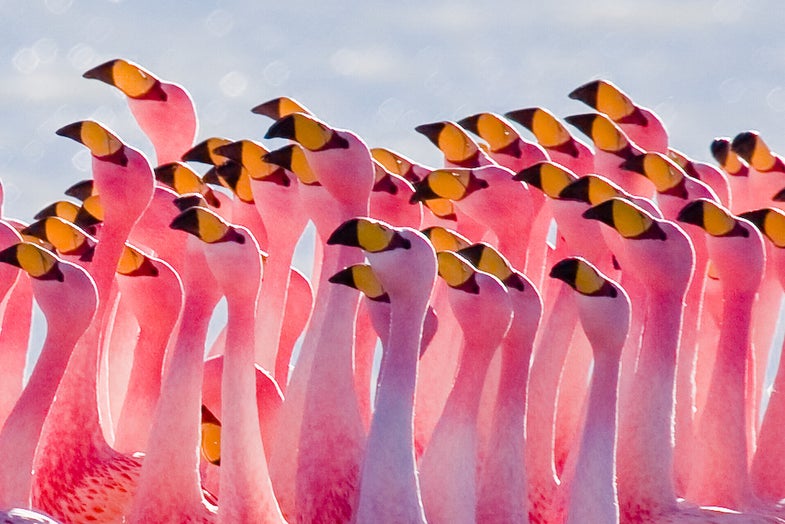 There’s an interesting volley online right now between two science journalists I admire, Michael Moyer and Robert Krulwich, over the color pink. In a blog post for NPR last week, Krulwich was shocked to learn from a video that pink does not exist, and Monday Moyer responded with his own ontological take.

Pink is not found in the ROYGBIV electromagnetic spectrum. But that does not mean it isn’t a color! There’s a key distinction between colors of light and of pigment, between additive color and subtractive color, that everyone seems to be glossing over.

As Newton figured out, white light is a compendium of all the parts of the visible spectrum. This is the additive model of color. Take away the blue hues, and a white light will appear yellowish; and so on and so forth. Yet when you combine paints of every color, you get black. That is subtractive color theory, in which black, not white, represents the presence of all color. Additive color is the realm of transmitted light, while subtractive color is the realm of pigments, dyes and chemicals, explains Honolulu-based color expert Jill Morton. Morton is a former professor at the University of Hawaii who has consulted for Xerox, Kodak and others to whom color matters. “Of course pink is a color,” Morton says, “but with that said, pink is indeed not part of the light spectrum. It’s an extra-spectral color, and it has to be mixed to generate it.”

A pink wavelength of light doesn’t exist, and this is where the argument seems to have started. Specifically, in a 60-second video by Minute Physics, in which pink lies between red and violet on a curled-up light spectrum.

Thinking of pink the way we think of transmitted light is confusing, hence the controversy. Here’s the thing: When you look at a pink object — that is to say, a thing that contains pigments or dyes which render it pink to light receptor cells in your eyes — you are not seeing pink wavelengths of light. An object appears pink because certain wavelengths of light are reflected, and others are absorbed, quenched, by the pigments. Pink is a reflective color, not a transmissive color — you can perceive it because your brain translates light bouncing off it. Color is a construct of our eyes and brains.

“If you take a tube of red paint and add white to it, you’ll get pink. If you work with watercolors, take red paint and add a lot of water to it and put it on watercolor paper, that would be pink,” Morton says. “Technically it’s right that you can’t generate pink in the rainbow colors. But you can mix other colors in light to get pink. … This is about interpreting the visual world.”

So there you have it.

And for the record, my defense of pink has nothing to do with my personal double-X chromosomes. I sort of resent defending a hue society says I am biologically supposed to like. But I will come to the defense of any color.