No, This Is Not An Antarctic Sea Monster Discovered On Google Earth 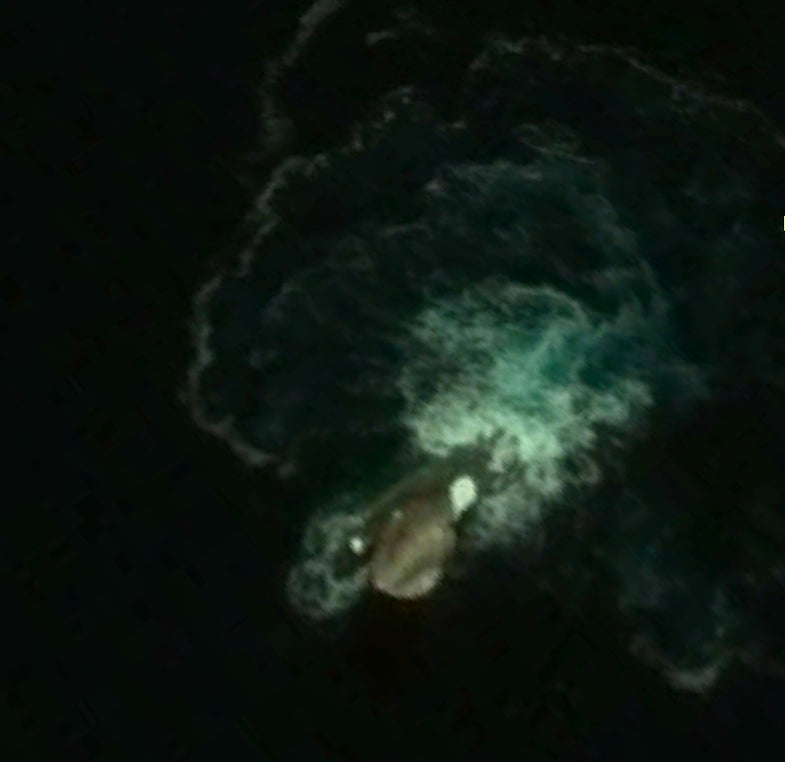 Sure, it might be really cool to live in a world that has Krakens emerging from the deep to wreck leviathan-style havoc on the seas, but we will never know. We do not live there.

Over the weekend, articles began popping up saying that someone had spotted a Kraken on Google Earth.

The fact that the source of this news was UFO Sightings Daily did not appear to bother anyone. Because, photographic proof of a mythical sea monster. OMG.

Unfortunately, just like the face on Mars, and the many Nessie sightings that went before, this Kraken was soon undone. Deep-sea biologist Andrew David Thaler of respected ocean blog Southern Fried Science quickly pointed out that this was not proof of a hidden giant lurking in the depths.

Instead, it was a rock. A really cool rock that looks like a sail and hangs out in some of the coldest and most treacherous waters in the world. But still, a rock, which only looks like a squid if you’re looking at an aerial shot from a satellite. Thaler pointed out that if you look at navigational maps, the anomaly was actually noted and named Sail Rock. Sail Rock is a rock outcropping shaped like a sail (go figure) just a few miles south of Deception Island, a tourist destination in the South Shetland Islands, an island chain north of Antarctica.

Sorry to crush all your dreams.

The mythical Kraken remains, just that, a myth. There are giant tentacled creatures in the sea, including the aptly named giant squid. But the longest giant squid on record was 59 feet long—huge, but not the 100-200 feet (or more) that was originally claimed.

There aren’t many pictures of Sail Rock, available online, with good reason. It is located seven miles south of a remote island with only seasonal research stations. A popular photo opp, this isn’t. But a few keen-eyed photographers captured the sail-like geological formation while on ships in Antarctic waters. See examples here and here.