But it’s hugely important all the same. 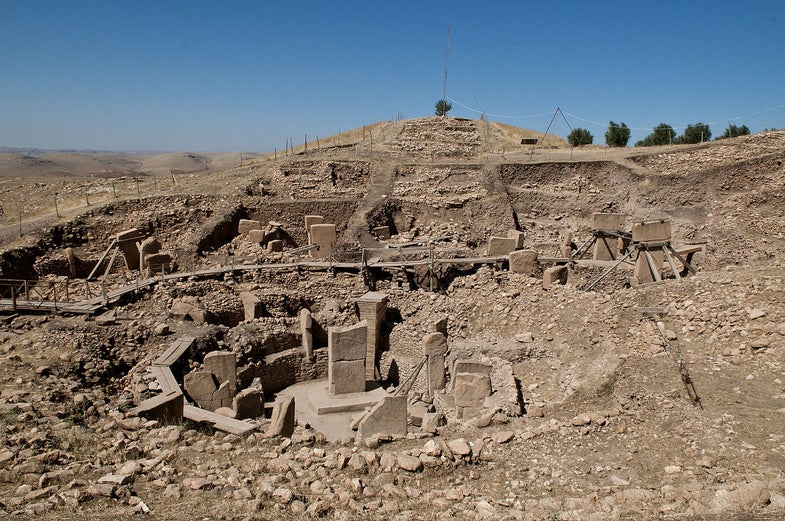 Honestly, we should all be so comfortable with death that we’re willing to carve stuff into people’s skulls. Calling ancient civilizations “skull cults” gives them a creepy vibe, like they were the Neolithic version of that stringy-haired kid who always wore the same Dark Side of the Moon shirt in high school. Really, the intended connotation is just “these folks were pretty darn focused on skulls.”

If the ancient “skull cult” making the news today was a cult the way most of us think of a cult, it was a pretty bad one. The three carved skulls in question only make up 15 percent of all the crania found at Göbekli Tepe, the oldest temple site in the world. That’s significant archaeologically, but cult-wise, not so much.

The most hardcore thing about the mutilations? They may have been punishments for the dead, meant to hurt the bones’ owners after they had passed. Imagine thinking that you had the power to inflict pain on someone’s soul once they were in the afterlife—and then imagine actually carrying out that plan. Now that would be a skull cult.

Alas, that’s not the only explanation that archaeologists came up with. The skulls came from the oldest temple site in the world, which was active 9,000-11,500 years ago. No one seems to have lived there, it was just used for rituals. Göbekli Tepe isn’t the only archaeological site to have signs of a skull cult, but this is the first time we’ve found evidence of how the Neoliths who lived nearby treated their dead. The findings were published in Science Advances on Wednesday. Anatolia, the region of Turkey where Göbekli Tepe is located, has plenty of sites with skull carvings and manipulations. So many, in fact, that researchers think it was a part of burial custom in that part of the world. Göbekli Tepe isn’t a burial site, though. There are no mass graves. There are limestone pillars and sculptures, reliefs carved into stone, and monumental buildings.

All this suggests that these skulls were part of a ritual. The sculptures at Göbekli Tepe tend to be head-centric, or more specifically, separated head-centric. They involve decapitated people and lone heads offered up by figurines. And the manner in which the bone was carved is unique to the site. One has a hole drilled in the head, which is weird for the region, and notches carved into key points such that it could have been strung up.

Maybe it was hung as an example to not do whatever terrible thing that person had done in life. Or maybe it was a decoration. The skulls also had ochre markings, which might have been ritualistic—or might have been just plain pretty. The rituals carried out here may well have been punishments, but they could just as easily have been venerations designed to exalt the dead.

At this point there’s a lot up in the air. Three skulls is not a lot to go on, and archaeology is like a 5,000-piece jigsaw with the corners missing—it’ll take a while to figure out what these skull carvers were really getting up to.