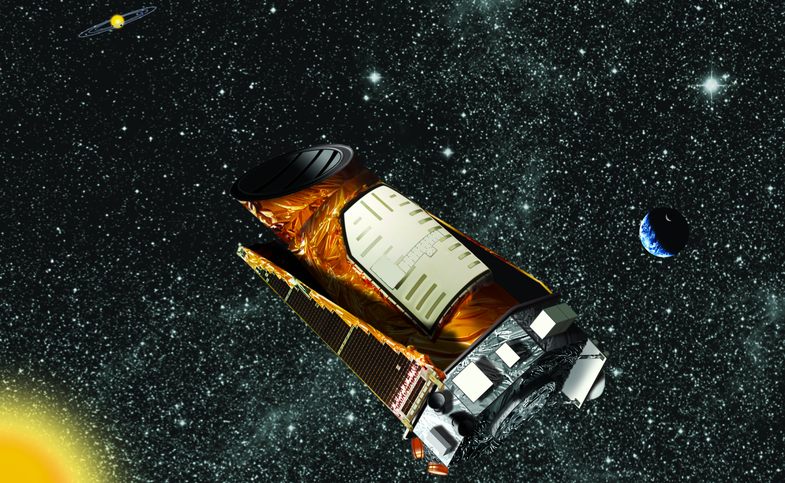 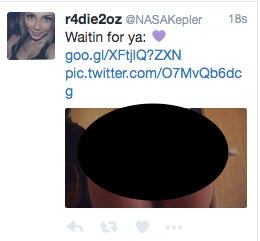 NASA’s Kepler spacecraft looks for Earth-like planets orbiting other stars. This morning, Kepler’s Twitter account got hacked… and showed its 569,000 followers a moon.

The hacker(s?) pinned a tweet displaying a red underwear-clad butt, which has since been deleted, but not before showing up on the NASA homepage. Lots of social media users have been making space-butt jokes about the debacle. 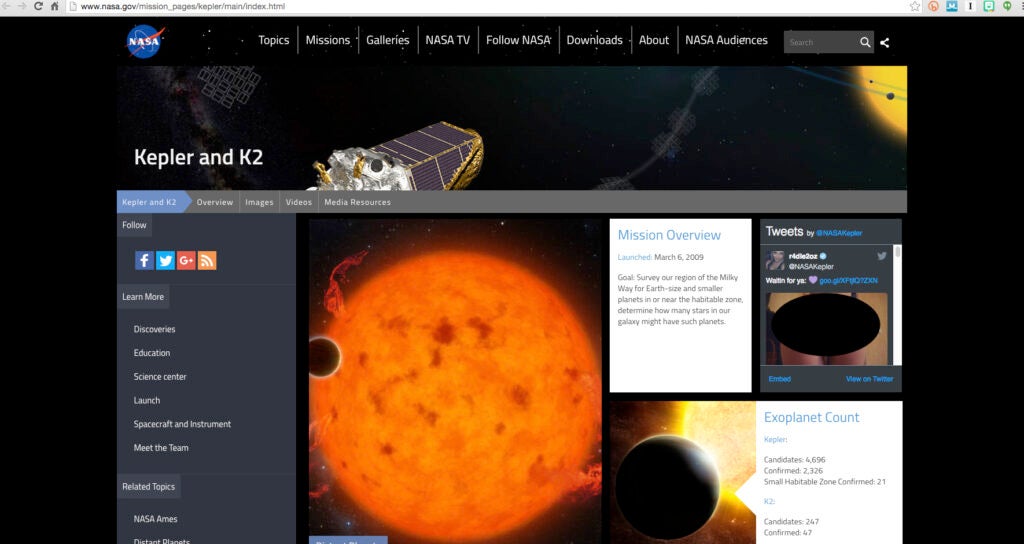 The tweet appeared on NASA’s Kepler mission homepage as well.

and of course, what’s a space butt picture without “Uranus?”

People really had at it. 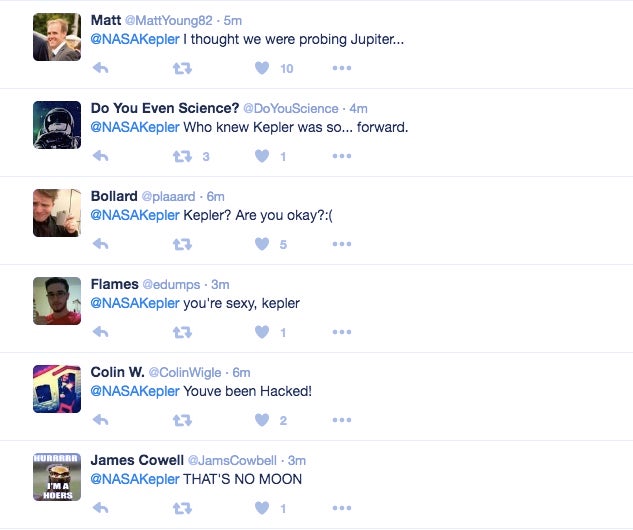 Eventually the folks running the Kepler Twitter caught on…

And that only led to more butt jokes… or requests for more butts.

Shame on you, hackers, but thanks (I guess) for this space-butt-joke-filled Wednesday morning.