Sleep deprivation saps much more than your energy. Studies show it also weakens your memory, changing the way we convert... 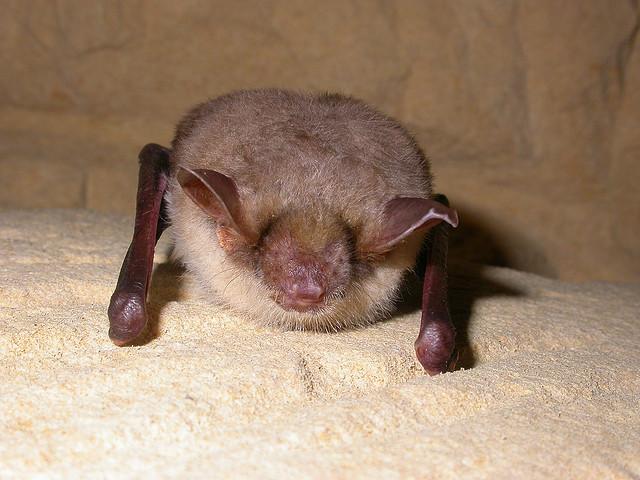 Sleep deprivation saps much more than your energy. Studies show it also weakens your memory, changing the way we convert short-term memories into long-term ones. But not for bats.

This time of year, millions of bats from a spectrum of species are hunkered down in caves, where they’ll huddle together for warmth and hibernate through the winter. (Wouldn’t that be nice?) But hibernation, during which bats enter a suspended state called torpor, is not the same as sleep.

Hibernating animals don’t truly shut down for the season. They lower their body temperatures and slow their metabolic rates and heart rates, a state known as torpor. This is an extreme change — the resting heart rate of a bat is about 300 to 400 beats per minute, depending on the species. When in torpor, this drops as low as 10 bpm, depending on the species and the external temperature, says the Organization for Bat Conservation.

But hibernating animals have to emerge from torpor once every few days to move around, maybe eat some stored food if that’s their thing, pee and poop. Then they reenter torpor. This on-again, off-again pattern is what characterizes hibernation. Squirrels are among the species that do this, nibbling stored food during their waking times. Bats also do this, though they don’t have any insects to eat.

When a mammal is in torpor, it gets less rapid eye movement (REM) sleep and less slow wave sleep, because good sleep involves some physiological processes that require warmer body temperatures. Animals sleep a lot when they emerge from torpor, with brain activity patterns demonstrating signs of sleep deprivation, according to the authors of a new study on bat memory. 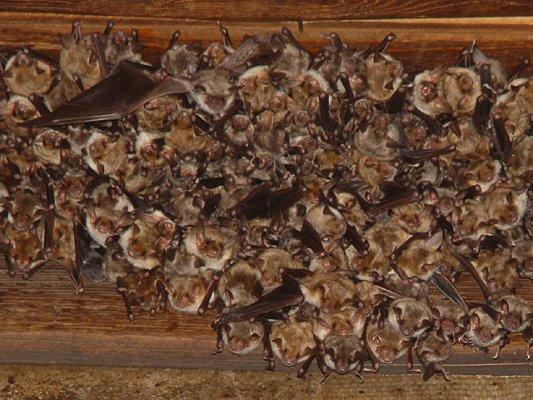 In animals like squirrels and hamsters, this sleep deprivation means loss of spatial memory and the ability to recognize objects, according to previous research. Ireneusz Ruczyński from the Mammal Research Institute in Poland wanted to see how well bats’ memories fared.

He and his colleagues conducted two experiments on some greater mouse-eared bats from Bulgaria. These animals are so tiny — between 20 and 45 grams — that they enter torpor every day when temperatures reach a certain threshold. This helps them conserve energy for the high cost of flying to find food.

The first experiment required the bats to learn the location of food, which was emphasized with a food reward. The second required them to learn the location of a dry perch mounted above a half-centimeter of water — this entailed remembering an escape route from an “uncomfortable situation.” After training sessions each day, the scientists let the bats rest, with one group remaining at a balmy 22 degrees Celsius (71 F) and another group at 7 degrees Celsius (44 F).

The researchers assumed that bats kept at a warmer temperature between training and test sessions would show faster learning over several days, because they’d be spending less time in torpor. But there was no difference between the groups.

“The extremely weak tendency for slower learning in bats kept at lower temperatures suggests that if torpor indeed affects learning abilities, it is happening at a very subtle level,” Ruczyński and colleagues write. 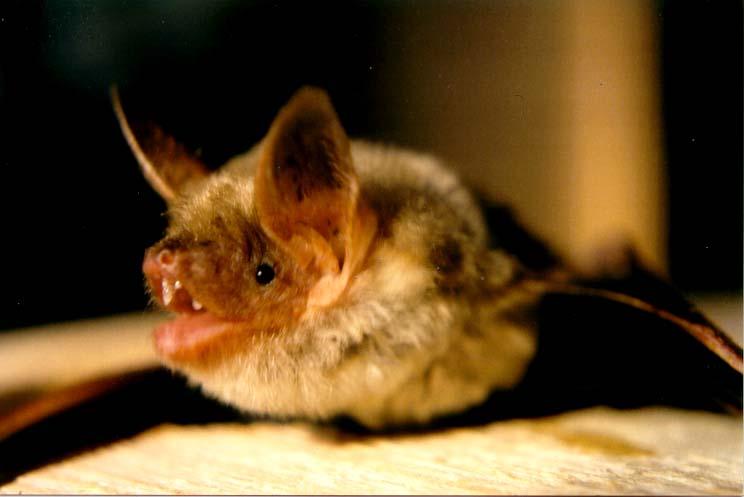 So what can we learn from the flying mammals?

Bats live for a long time in complex environments that require them to maneuver around each other and different objects. Remembering information about their environment is probably important for their survival, Ruczyński and colleagues write. They must have evolved behavioral and physiological techniques to balance their trade-off between energy savings — torpor — and cognitive impairment, they say. In this study, just an hour or two at high body temperatures was enough to convert short-term memories into long-term ones.

“Although solving cognitive problems demands high brain temperatures, a period of decreased body temperature and inactivity does not necessarily impair cognitive processes that are actively underway before and after torpor,” they write.

The study appears in the Journal of Experimental Biology.