Fly Over Mars In This Breathtaking New Animation

Atlantis is real. Atlantis Chaos, that is. 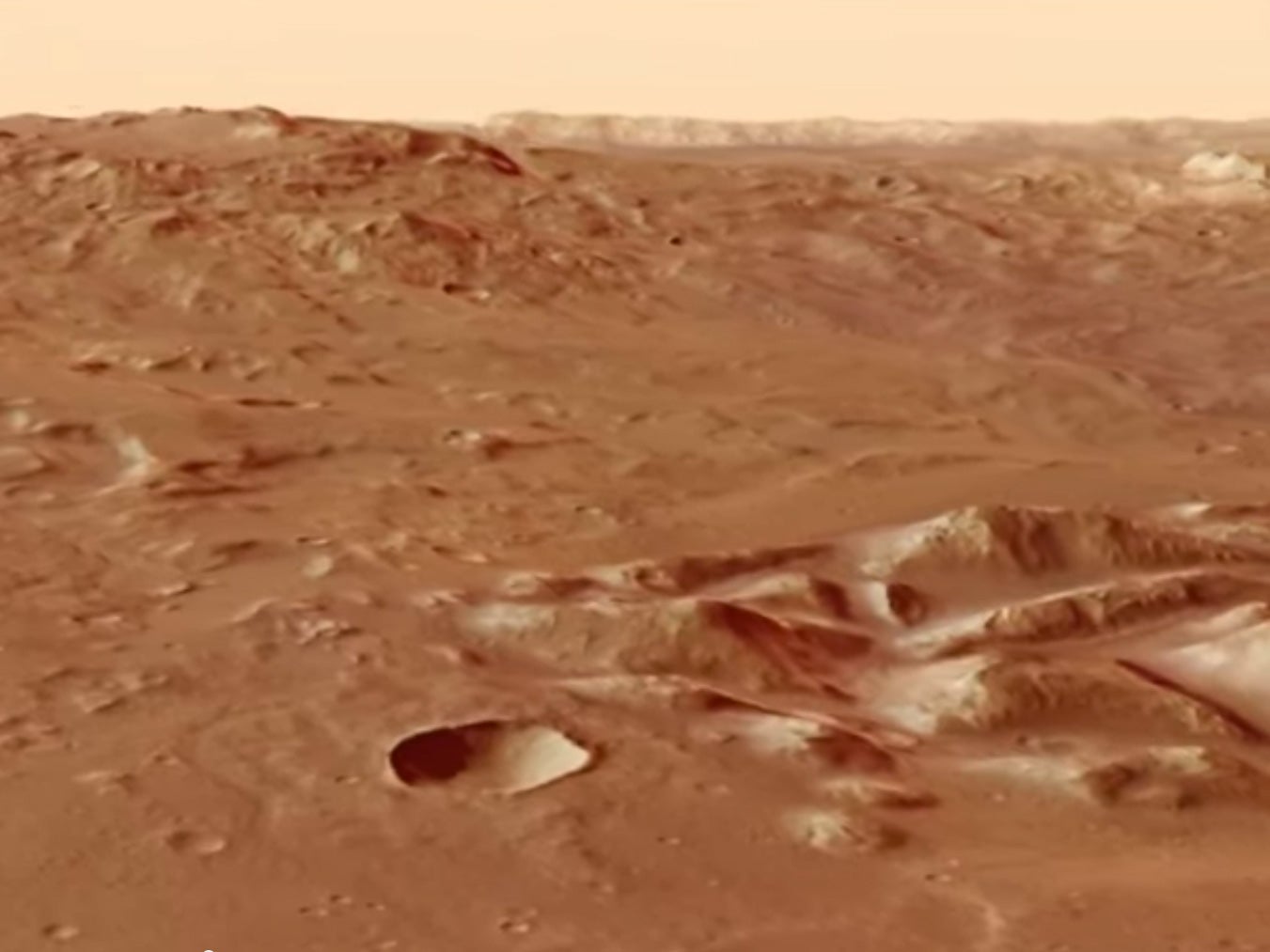 Do you wish you could visit Mars, but aren’t quite prepared to die there? Well, now you can at least visit the Red Planet safely in your mind. A new video from the European Space Agency takes us on an imaginary helicopter ride through the Atlantis Chaos region of Mars.

If you want to know how the region got such a cool name, check out this topographic map:

Atlantis Chaos is that rough region right at the center.

See that really busy region in the center, in blue? That’s Atlantis Chaos. It’s located in the Atlantis basin—a crater so old (like, 4 billion years old) that its edges have eroded.

The Chaos region measures just 105 by 90 miles, but long ago, the entire basin is thought to have been connected to other basins, forming the hypothetical Eridania lake. If it existed, the lake would have been huge, covering about 385,000 square miles.

In the video below, you can see channels that may have been carved by water, as well as some of Atlantis Chaos’ hundreds of peaks and mesas, wrinkly cliffs, craters, and cracks that may have formed from ancient tectonic activity.

The map and the video are made from images taken by ESA’s Mars Express orbiter in December 2008, February 2009, and January 2014.