Hurricane Isaac has now made two landfalls in southern Louisiana, and the Gulf Coast region is no doubt in for... 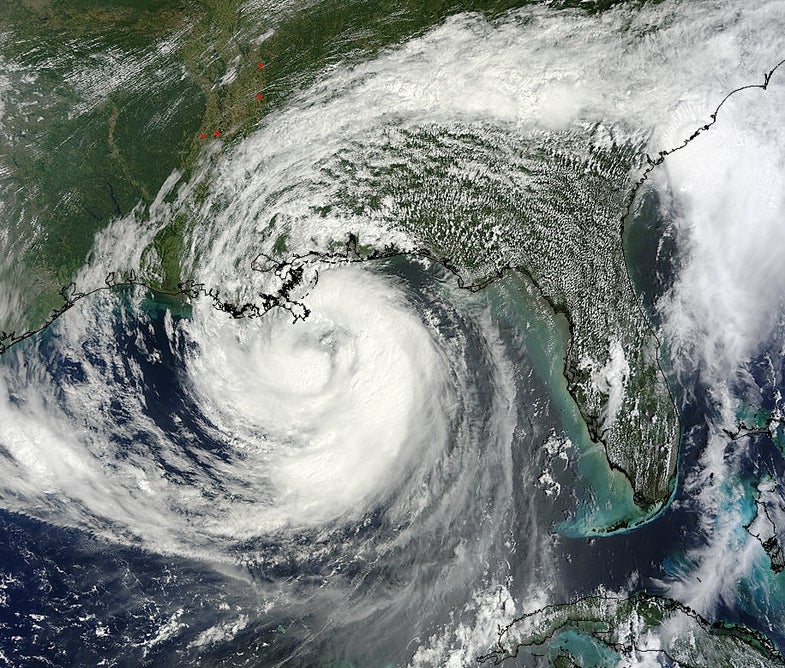 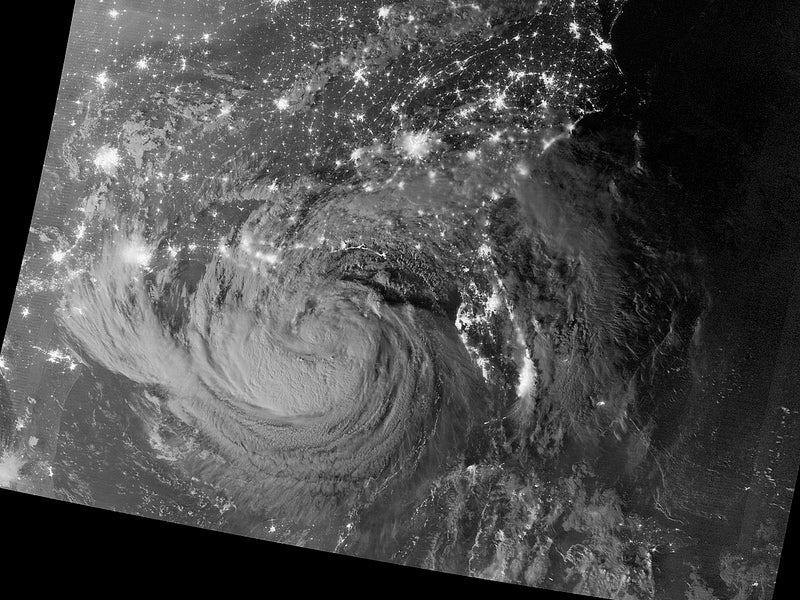 Hurricane Isaac has now made two landfalls in southern Louisiana, and the Gulf Coast region is no doubt in for a long Wednesday. The slow-moving storm carries an increased risk for flooding in the affected regions, as rainfall totals will be higher. And then there’s that storm surge, and those Category One, 80 mile-per-hour winds. Kind of makes you wonder how something so violent and destructive on the underside can look so tranquil from above. This is a major test of the world’s largest water pump system, which was installed in New Orleans in the wake of Katrina.

Imagery of Isaac in the hours before landfall is streaming in from sources around NASA, whose Earth observing satellites are carefully tracking Isaac’s progress as it comes ashore today. The image above was snapped by the Visible Infrared Imaging Radiometer Suite (VIIRS) on the Suomi-NPP satellite, showing Isaac steaming along the coast. Taken just after midnight, the pic shows both Isaac and the population centers it threatens lit up–the former by moonlight.

Below the MODIS instrument on NASA’s Terra satellite has captured Isaac several hours later, making landfall in Louisiana while slinging a band of showers all the way out to the Carolinas. Isaac at Landfall, from the MODIS instrument on NASA’s Terra satellite

Beautiful though they are, images like these are critical in helping meteorologists characterize the storm, predict its movement and intensity, and inform authorities on the ground about what they are in for and how they should respond, especially since good data from the underside of the storm is hard to come by until it makes landfall.