Perseverance is having a blast collecting specimens on the Red Planet. 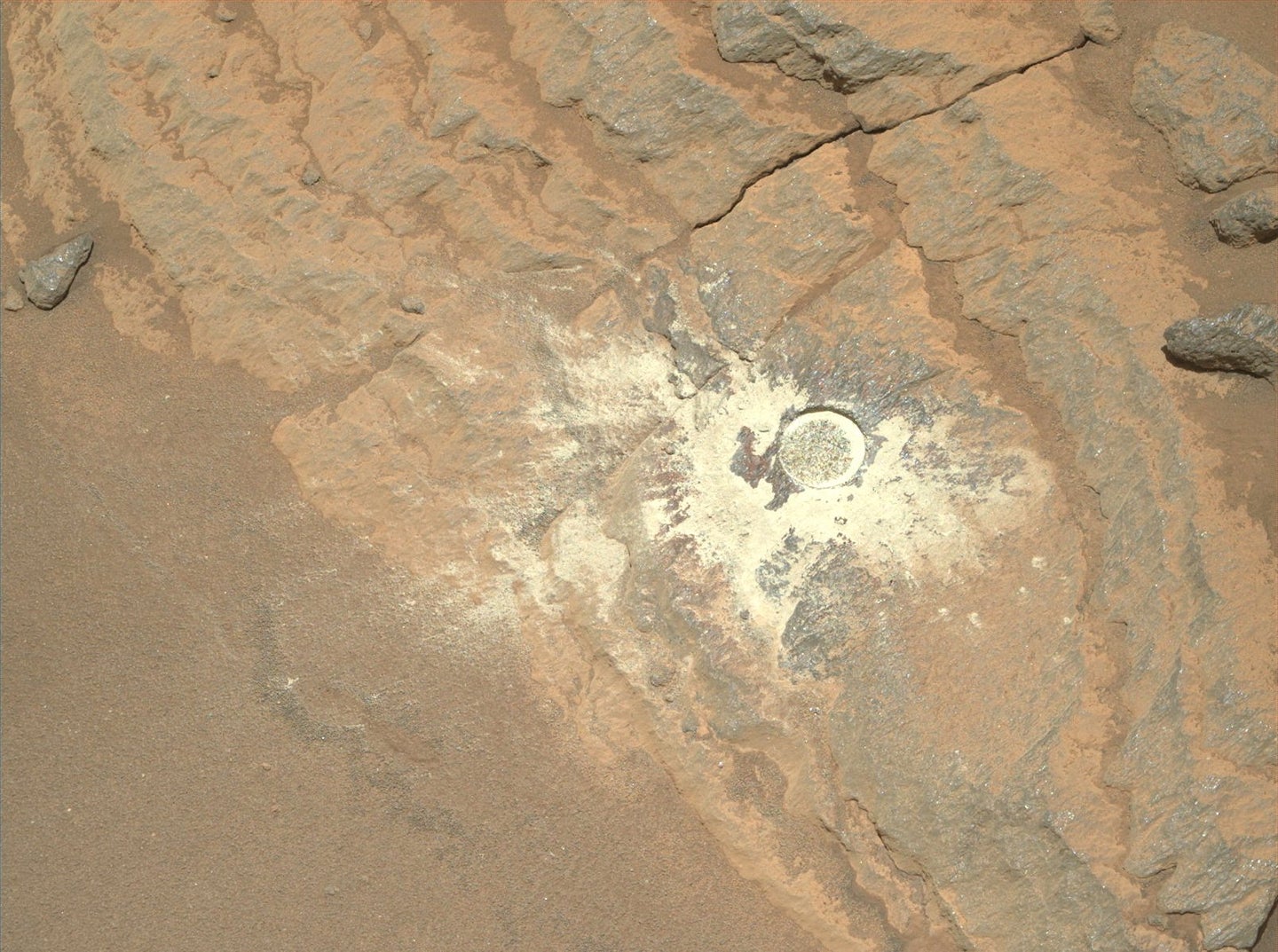 The Mars Perseverance Rover has spent the past nine months drilling holes into the Red Planet’s rock and depositing what it finds into the lazy Susan stockroom it carries around at all times. These circles are part of the Perseverance’s effort to find out more about Mars’ past, and whether life ever existed there.

Recently, Perseverance has been surveying rocks in Jezero Crater, a place that scientists believe previously experienced violent flash floods. Since it’s believed that life on the Red Planet would have been at a time when water covered it, this crater might be a good spot for Perseverance to find evidence of ancient life. Jezero was chosen over around 60 other potential landing sites for the rover after five years of decision making and research. Scientists think that at one point, the rivers and floods that dropped into Jezero may have actually spilled clay material into the crater, a substance only made with water.

Right now, Perseverance is surveying land southeast of where it first landed in the crater, in an area called the South Séítah region. This land, covered in dunes and ridges, can be treacherous territory for Perseverance to traverse, and it is occasionally aided by the Ingenuity helicopter to choose the best path.

Perseverance heads to the western edge of the crater next, according to NASA, where an ancient river delta probably flowed into a lake in the crater. Scientists think that this is the best bet for signs of potential microbial life, because on Earth, microbes exist in a similar environment.

The rocks that Perseverance collects are expected to return to Earth around 2030, when scientists can take a closer look at their makeup and learn more about what secrets they may hold. In the meantime, Perseverance will keep drilling its neat circles and collecting rock specimens, all under the direction of its caring team at NASA.