Your Next Leather Wallet Could Be Grown In A Petri Dish

In vitro leather production would be less controversial than growing hamburgers in the lab, Modern Meadow CEO Andras Forgacs says. 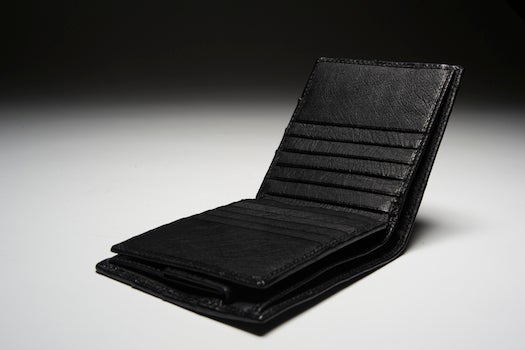 Science has been trying for years to grow the perfect sirloin in a petri dish, but animal hides, rather than animal meat, might be a simpler, easier-to-sell product you can harvest in the lab. A company called Modern Meadow could have a full-scale leather production facility up and running within five years, CEO and cofounder Andras Forgacs says.

Modern Meadow received a windfall this summer from PayPal cofounder Peter Thiel to bio-print meat and leather, but the company tells Txchnologist it will focus on leather first. Laboratory leather will use a similar process as lab-grown meat, but it would require far less regulatory approval–and it may be more palatable anyway, Forgacs admits: “There’s much less controversy around using leather that doesn’t involve killing animals.”

Lab-grown leather would also need a shorter tanning process, because it wouldn’t involve removing all the hair and tough outer skin layers.

Here’s how it would work: First, the company would harvest cells from livestock that would normally be killed for meat or leather, potentially including exotic animals. The extracted cells could be genetically modified for improved leather qualities (but meat cells would not). These pioneer cells would multiply in a bioreactor, and would then be purified and fused together. There are several potential methods to do this, including 3-D printing or scaffold seeding. Finally, the cells would be allowed to mature, stimulating collagen production in leather cells and muscle growth in meat cells. You can read more about their process over at Txchnologist.