Fly Over The Dwarf Planet Ceres In NASA’s Stunning Animation 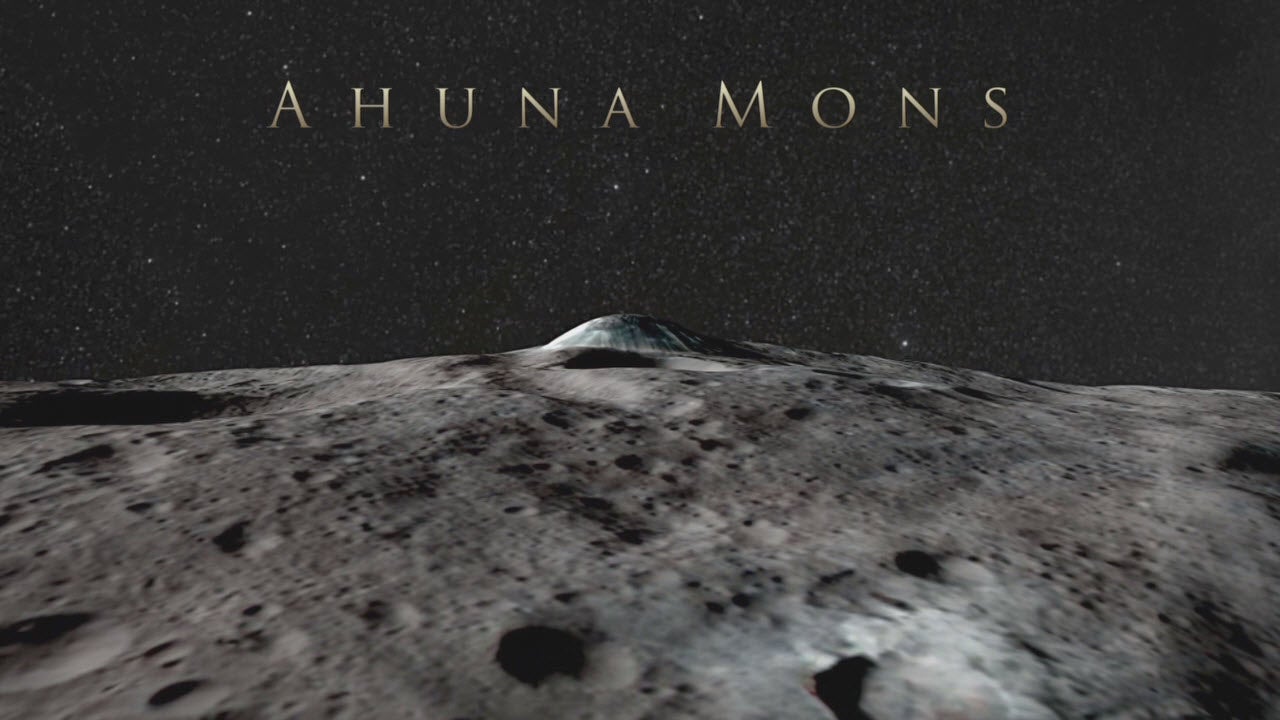 Ceres, a mysterious world covered with odd bright spots that measures some 606 by 565 miles, is located in the asteroid belt between Mars and Jupiter, about 310 million miles from Earth. (Dawn took a much longer route to get there — some 3.1 billion miles!)

Since it arrived at Ceres, the tiny craft (just over 5 feet long) has raised a lot of interesting questions and gathered beautiful imagery. And today, NASA released its most breathtaking animation of the dwarf planet’s surface yet.

The animation is based on imagery that was filmed between August and October 2015, when Dawn was about 900 miles away from the surface of Ceres.

The video is filmed from the perspective of the spacecraft, making it feel like you’re flying over craters and the tall mountain named Ahuna Mons.

If you’re thinking, “wow, Ceres is more colorful than I realized” — well, it isn’t really. The colors have been enhanced in order to point out what scientists believe to be fresher materials like flows and cracks. These are shown as a bluer hue in the video.

Dawn, which launched in 2007 to explore the largest objects in the asteroid belt (including a humungous asteroid called Vesta, which measures about 359 by 348 by 285 miles). The spacecraft is still orbiting Ceres right now, and will continue do so for the rest of its lifetime.