Paralympic Athletes Try to Get a Performance Boost By Hurting Themselves

We’ve heard of odd rules put in place (marijuana use comes to mind) to keep Olympians and Paralympians from gaining... 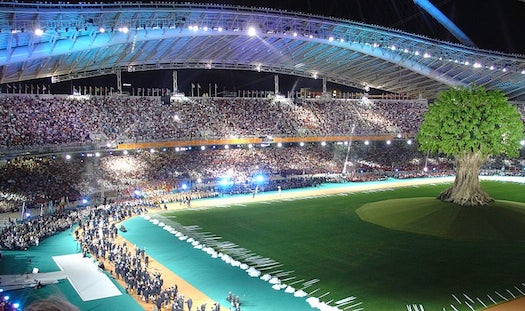 We’ve heard of odd rules put in place (marijuana use comes to mind) to keep Olympians and Paralympians from gaining an unfair advantage, but this is odd and more than a little scary: Against regulations, some Paralympians may physically hurt themselves–maybe to the point of breaking a bone–in order to get an edge in competition.

The BBC interviews an athlete who shocked himself as a way of “boosting,” as it’s called; injuring yourself, the theory goes, can increase blood pressure or heart rate, and thus enhance performance. Unlike their Olympic counterparts, those with spinal injuries don’t automatically increase their blood pressure while competing. Instead, some try to induce it artificially. One says a common way is “clipping off a catheter to let the bladder fill.”

This isn’t something new; it’s been banned by the International Paralympics Committee since 1994. But that, of course, doesn’t mean everyone stopped doing it. Twenty athletes were tested before the Beijing Paralympics and athletes are being monitored before the London Paralympic events. As dangerous as it is, though, it’s not something easy to test for, and if blood pressure is discovered to be heightened in an athlete before a competition, they only get the boot for that event, not long-term.