All eyes are on Florida's Space Coast. 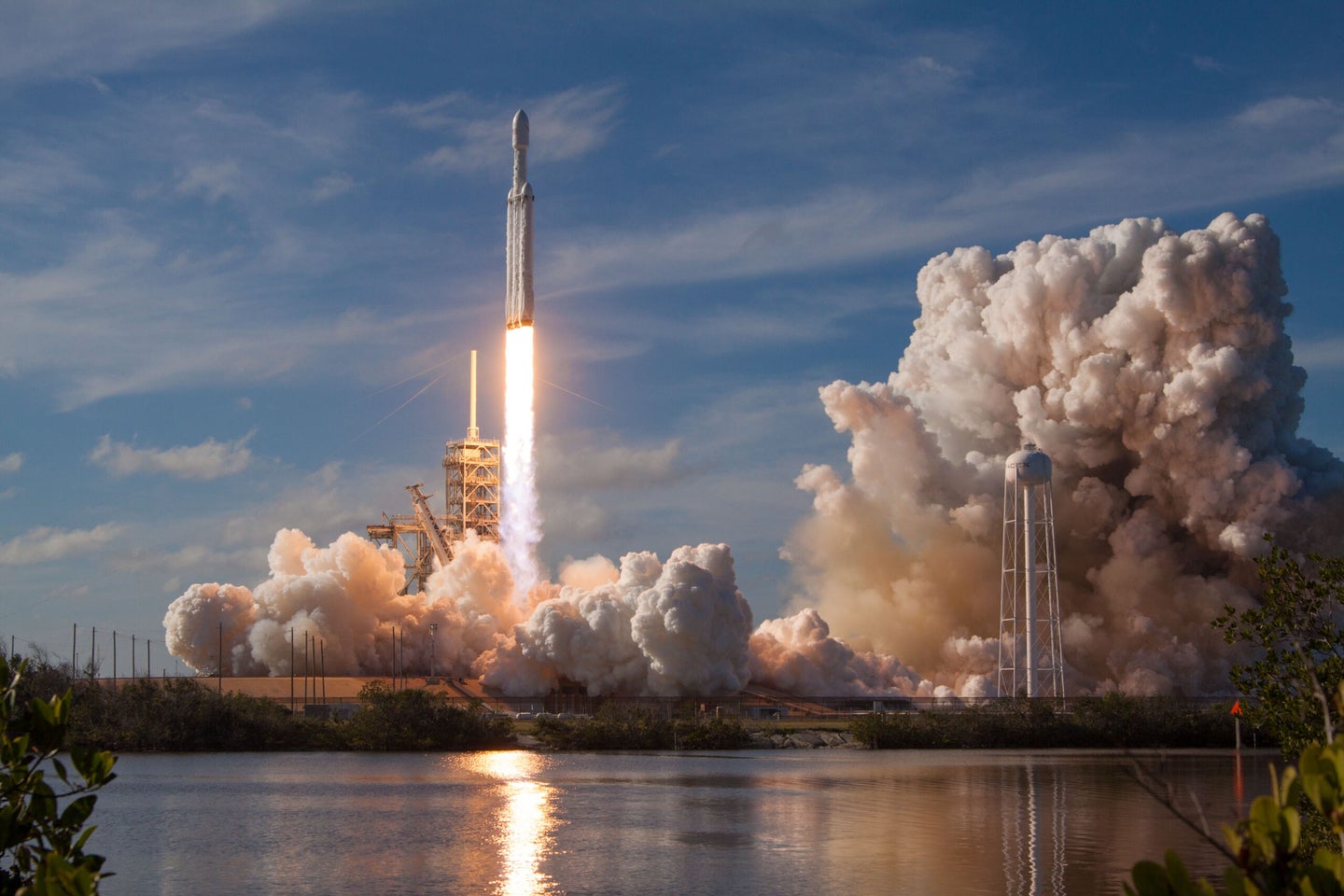 This post has been updated to reflect that SpaceX postponed the launch.

A little over a year ago, the world was struck with shock and awe when SpaceX finally held the inaugural launch of the Falcon Heavy, the biggest rock the company has ever built and currently the most powerful operational launch vehicle on the planet. Florida’s Space Coast that day was filled with tension and excitement, and as the clock finally ticked down to zero, it was clear there was no coming back from whatever happened next.

Thankfully, the launch was a success—mostly. The Falcon Heavy’s three cores of the successfully delivered its silly payload of Elon Musk’s Tesla Roadster (and dummy driver, Starman) en route to an orbit around Mars. And the rocket’s three cores successfully separated from one another. The side pair, which were actually previously recovered Falcon 9 boosters, made smooth vertical landings on the ground in Cape Canaveral Air Force Station without issue The center core’s engines, however, failed to fire during a descent down to the company’s Of Course I Still Love You mid-ocean droneship, and the booster landed smack into the middle of the ocean.

History was made, but the company has only just gotten started with a new era of its goals for spaceflight. After multiple delays, the company is aimed to conduct its second Falcon Heavy launch on Wednesday evening from launchpad 39A at Kennedy Space Center in Florida. While the forecast was quite favorable, with an 80 percent chance weather conditions would be a “go” as of Wednesday afternoon, the launch was ultimately postponed for between 6:35 p.m. to 8:31 p.m. Eastern Time on Thursday.

The launch is supposed to be largely the same as what we saw last year: the launch vehicle goes up, the two side boosters separate and aim for automated vertical landings on land at Cape Canaveral, while the center core attempts landing on a droneship in the Atlantic Ocean—which would be a first for the company. The entire launch should feature 10 percent more thrust than last year’s demonstration flight.

The Falcon Heavy won’t be the rocket that lets SpaceX get to Mars; that will be the Super Heavy rocket, which will also be reusable. But there are big plans for the Falcon Heavy to play a pivotal role in the expansion of space operations through Earth’s orbit and humanity’s return to the moon. In fact, amidst large delays in the development of the Space Launch System, NASA administrator Jim Bridenstine has vocalized the possibility that the agency might partner with SpaceX and use the Falcon Heavy to launch its Orion missions to the moon through the early 2020s, and return American astronauts to the lunar surface by 2024.

SpaceX would undoubtedly jump at the opportunity to take part in these missions, and that means there’s a lot more riding on the success and failure of every Falcon Heavy launch hereafter. A single mishap could shake the agency’s confidence the Falcon Heavy is ready to take a NASA spacecraft to the moon.

Let’s see if the launch, now scheduled for Thursday, bolsters support for the Falcon Heavy or magnifies that there’s still some work to be done before we can trust it to take people all the way to the moon. The Arabsat-6A mission should be streamed over the SpaceX webcast.