Part of a SpaceX rocket is going to crash into the moon. It’s probably fine.

It's one small impact for the moon. 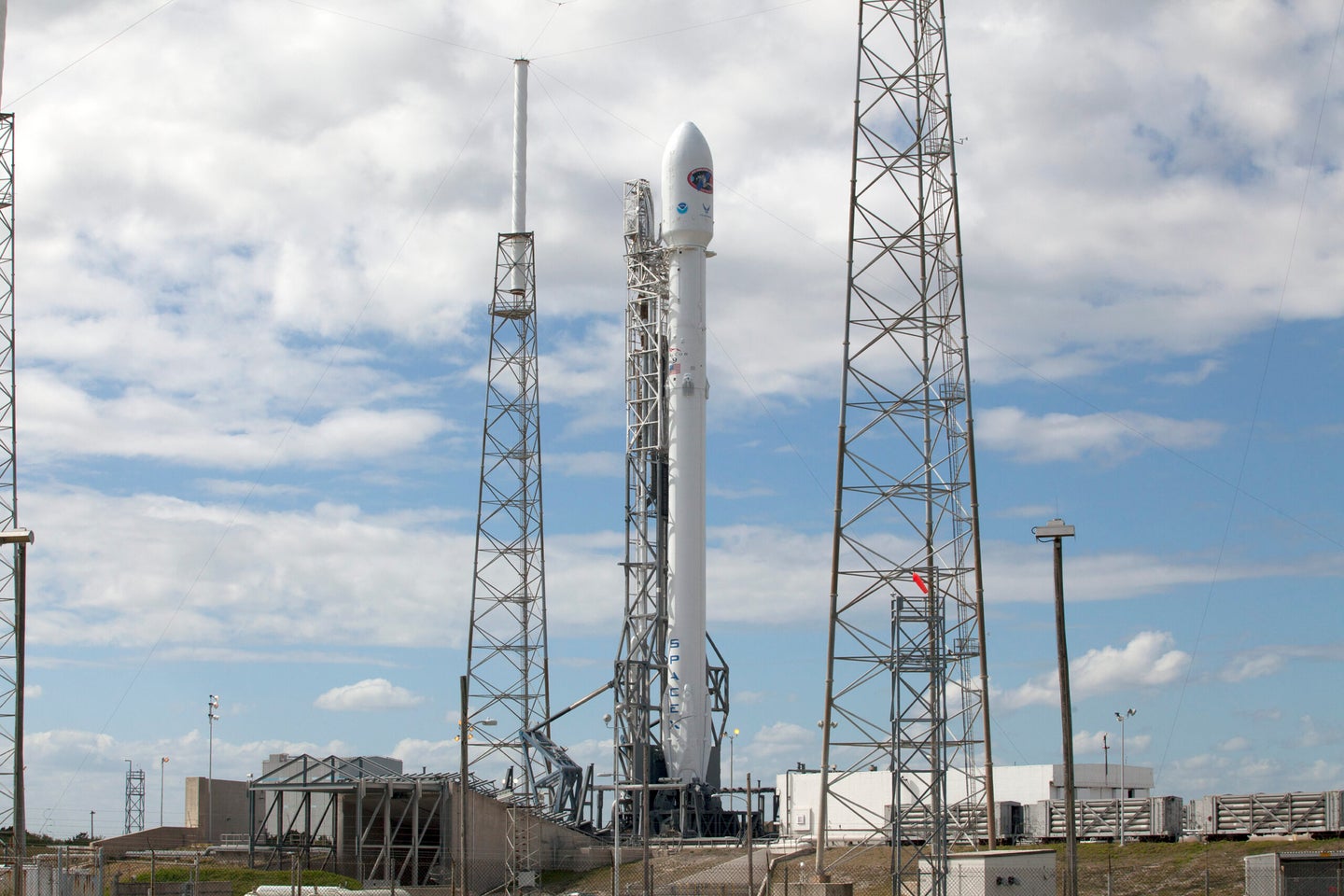 Update (February 14, 2022): A correction was released that SpaceX’s Falcon 9 rocket will not crash into the moon—but another craft, China’s Chang’e 5-T1 booster, is instead bound for the lunar collision. On Saturday, February 12, Bill Gray, creator of near-Earth object tracker Project Pluto, posted the correction on his website. The error was initially spotted by NASA Jet Propulsion Laboratory engineer, Jon Giorgini, who prompted Gray to take another look at earlier space missions and the spacecrafts’ trajectories.

Part of a SpaceX Falcon 9 rocket will be crashing into the moon in March—an unintended lunar collision that is likely the first of its kind.

The piece is a booster from a Falcon 9 rocket that SpaceX launched in February 2015 from Cape Canaveral Air Force Station, Florida. The rocket carried NOAA’s Deep Space Climate Observatory (DSCOVR) satellite on what was supposed to be SpaceX’s first deep space mission. While DSCOVR made it to its target—a point thousands of miles from Earth that provides a stable orbit for the observatory—Falcon 9 faltered at its second stage.

After releasing its satellite, Falcon 9 was originally supposed to return to Earth. But the rocket had gone too high and lacked the energy to escape Earth’s atmosphere. It is now space junk, and has been circling Earth in a chaotic orbit since then.

Now, the rocket is on route for “certain impact” with the moon on March 4, writes Bill Gray, the creator of the Project Pluto software, which is used by both professional and amateur astronomers worldwide to track near-Earth objects, asteroids, minor planets, and comets. When the second stage crashes, it will be “the first unintentional case” of space junk impacting the moon that he is aware of, Gray writes in a blog posted last week. Based on his analyses, he believes the rocket, traveling at about 5,770 miles per hour, will slam into the far side of the moon near its equator.

While this may sound frightening, astronomers assure that this is nothing to worry about. Asteroids and comets have pummeled the moon for as long as there has been a moon, which is the reason for its cratered surface. There have also been previous, deliberate crashes into the moon, like the LCROSS collision of 2009, which helped lead to the discovery of lunar subsurface water.

“For those asking: yes, an old Falcon 9 second stage left in high orbit in 2015 is going to hit the moon on March 4. It’s interesting, but not a big deal,” tweeted Jonathan McDowell, an astronomer at the Center for Astrophysics | Harvard & Smithsonian. When asked what happens if the rocket punctures the moon, he later tweeted a reply: “Just another hole in the green cheese.”

It is unlikely the collision will be observable from Earth, since it will occur on the far side of the moon, and just days after the new moon. Satellites and other spacecraft in the area are also poorly positioned and will also probably miss the event. But the aftermath of the collision could yield potentially interesting findings, like what lunar subsurface material gets ejected upon impact. Gray, who writes that he is “rooting for a lunar impact,” is hoping for something to hit the moon in an area that would be visible from Earth, but “we’d have to get very lucky for that.”