Not one, not two, but 24 payloads are going up into orbit 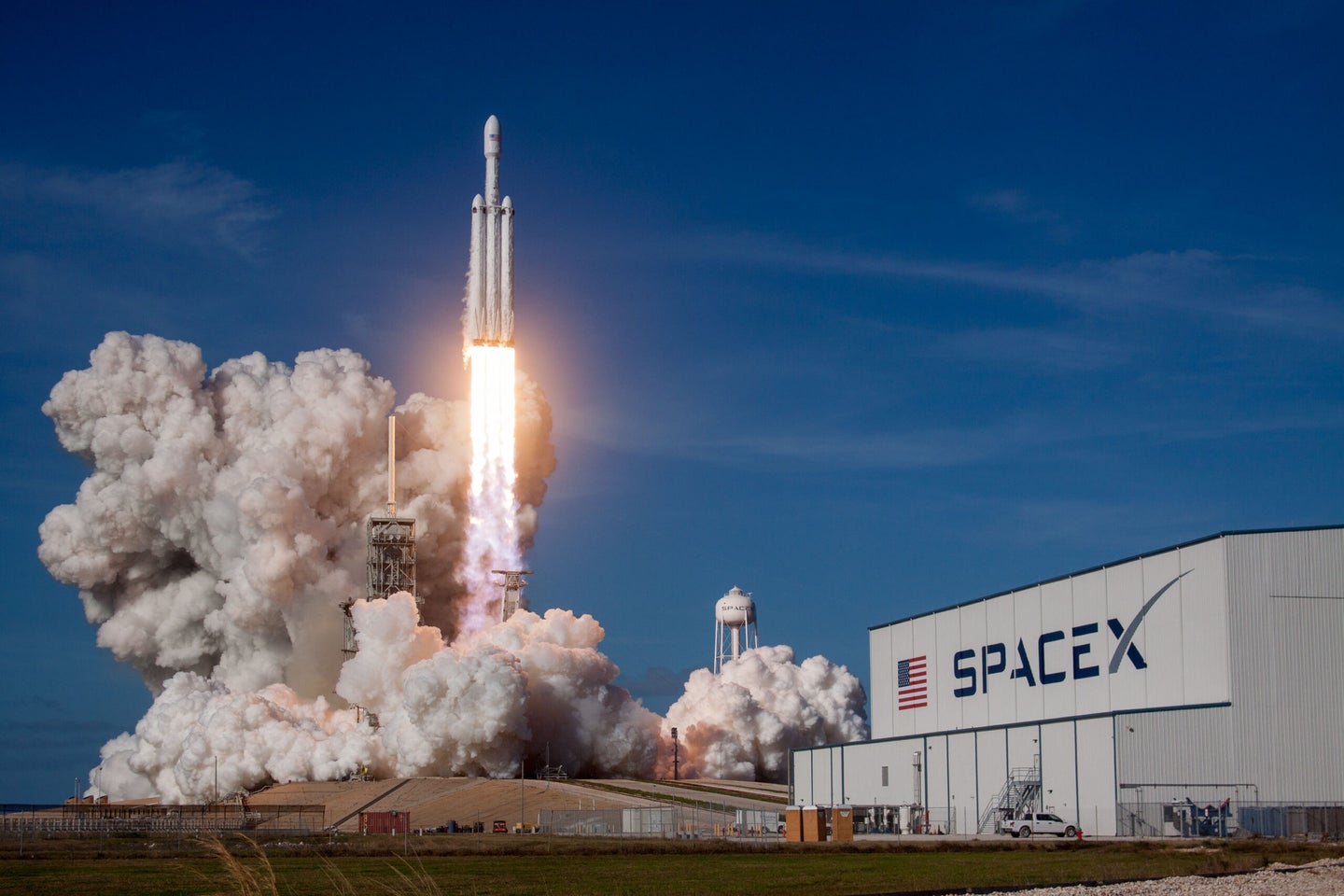 SpaceX’s next Falcon Heavy launch is set for Monday, and it will undoubtedly be the Falcon Heavy’s most exciting and most challenging mission to date. It will mark the rocket’s first ever nighttime flight and its third flight overall, and it’s both the feat itself and the payloads it’s carrying that make this such a monumental event.

For starters, there’s the reusability aspect. A Falcon Heavy rocket is essentially three Falcon 9 first-stage boosters strapped together. All three are capable of coming back and landing vertically on the ground, to be reused later on. The side boosters being flown in this mission were both recovered from the Arabsat-6A mission conducted in April, so you could think of this mission as being made of approximately two-thirds recycled material.

While the mission’s success will help the Falcon Heavy become formally certified for delivering national security payloads for U.S. agencies, the real excitement is centered around what the rocket is taking into space this time around. The Falcon Heavy will be tasked with carrying out the U.S. Department of Defense’s Space Test Program 2 (STP-2) mission, which will deliver some of the most dynamic space instruments and experiments ever launched into orbit. There are 24 different payloads going into space, meant to test out some of the most unique emerging technologies and furtherer some of the most novel research investigations being pursued by the scientific community.

Perhaps the most high-profile payload is LightSail 2, the Planetary Society’s prototype solar sail technology for propulsion in space. The concept behind a solar sail is to use sunlight as a mechanism for propelling a spacecraft through space, eliminating the need for a finite chemical propellant. LightSail 2 is made of ultrathin Mylar designed such that when photons hit the material, they exert a radiation pressure which produces a small bump in accelerative force, propelling the sail forward. It’s small, but over time, this force builds up more and more, and theoretically it could reach a velocity that surpasses our best chemical propellant technologies.

The $7 million LightSail 2 is the second iteration of the Planetary Society’s solar sail concept. The first, LightSail 1, was launched in 2015, but was only really meant to test out some of the spacecraft’s hardware and software.

LightSail 2 will go well beyond that, demonstrating the spacecraft’s ability to use sunlight alone to accelerate and increase its orbital distance from Earth. The sail, which is about 344 square feet and composed of four individual triangular sails, is folded into a 10-pound cubesat the size of a loaf of bread. A few days after the mission releases the cubesat into orbit, the solar sail will pop out, unfold, and spread into its full position. The entire sail is fitted with an array of solar cells, avionics, and other sensors to help the mission team navigate the spacecraft and control its orientation.

The team will turn the sail towards the sun for half of each orbit, and for about a month it will continue to speed up and until it hits a target altitude of about 447 miles, where it will be potentially visible in the night sky for about a year.

“It’s really a romantic notion that has tremendous practical applications,” Bill Nye, the CEO of the Planetary Society, told reporters during a media call Thursday. Solar sails, said Nye, could be used to help satellites reach speeds that could match Earth’s orbit, or be used as part of cargo delivery systems into deep space (something NASA’s future NEA Scout mission to the moon will seek to demonstrate). Solar sails are also seen as a potential solution for making interstellar travel more viable. We’re still decades away from that vision, but Nye emphasizes that “the only way anyone thinks we can do [interstellar travel] is with solar sails.”

The other high-profile project going up on Monday’s launch is NASA’s Green Propellant Infusion Mission (GPIM), a demonstration of an alternative form of in-space propulsion called AF-M315E, a hydroxyl ammonium nitrate fuel, that is purportedly less toxic, less costly, and more efficient than conventional chemical propellants.

Christopher McLean, the principal investigator for GPIM at Ball Aerospace, which is collaborating on the project, explains that this propellant is 50 percent denser, meaning “for the same volume we get 50 percent more ‘miles per gallon’, so to speak.” As far as safety goes, most conventional propellants like hydrazine have a very low vapor pressure, which means the gas can readily spread throughout a room and affect people’s health, as well as potentially react to other chemicals and start a fire. AF-M315E, on the other hand, has no vapor pressure—it could sit in a beaker on the counter without any concerns. “When we fuel the spacecraft, we can ship the fuel via FedEx,” says McLean. It can be installed into a rocket without much worry. As opposed to the myriad of occupational hazards posed by hydrazine (including as a potential carcinogen), McLean compares AF-M315E’s toxicity to household chemicals.

The GPIM spacecraft going up Monday is equipped with five thrusters for propulsion, steering, and acceleration. Over three months, the spacecraft will undergo a series of firings to demonstrate whether AF-M315E will allow the spacecraft to do everything expected of a viable propulsion system in space. The real milestone for GPIM will be slowing down to lower the spacecraft’s orbit with enough precision and control so it doesn’t plunge into the atmosphere. The following 10 months will involve more data collection as it uses up the rest of the fuel, after which the GPIM spacecraft will reenter the planet’s atmosphere.

AF-M315E probably won’t completely replace hydrazine, especially if it doesn’t get a decent name change. But McLean thinks if the test proves successful, AF-M315E’s safety profile and cost-effectiveness would make it appealing to parties looking to take part in spaceflight.

A few of the other payloads going up on STP-2 include a new Deep Space Atomic Clock built and operated by NASA’s Jet Propulsion Laboratory, the Air Force’s DSX spacecraft tasked with making experimental space weather measurements, a series of meteorological and climatology satellites jointly operated by the U.S. and Taiwan, and a new reconnaissance and surveillance spacecraft.

STP-2 is expected to launch at 11:30 p.m. Eastern Time on Monday, June 24, from NASA’s Kennedy Space Center in Florida with a launch window open for four hours. SpaceX will, of course, attempt a landing of all three first-stage boosters, and you’ll be able to watch the mission live-streamed from the comfort of your home.