Both companies are neck and neck as NASA’s last ride to the space station races closer. 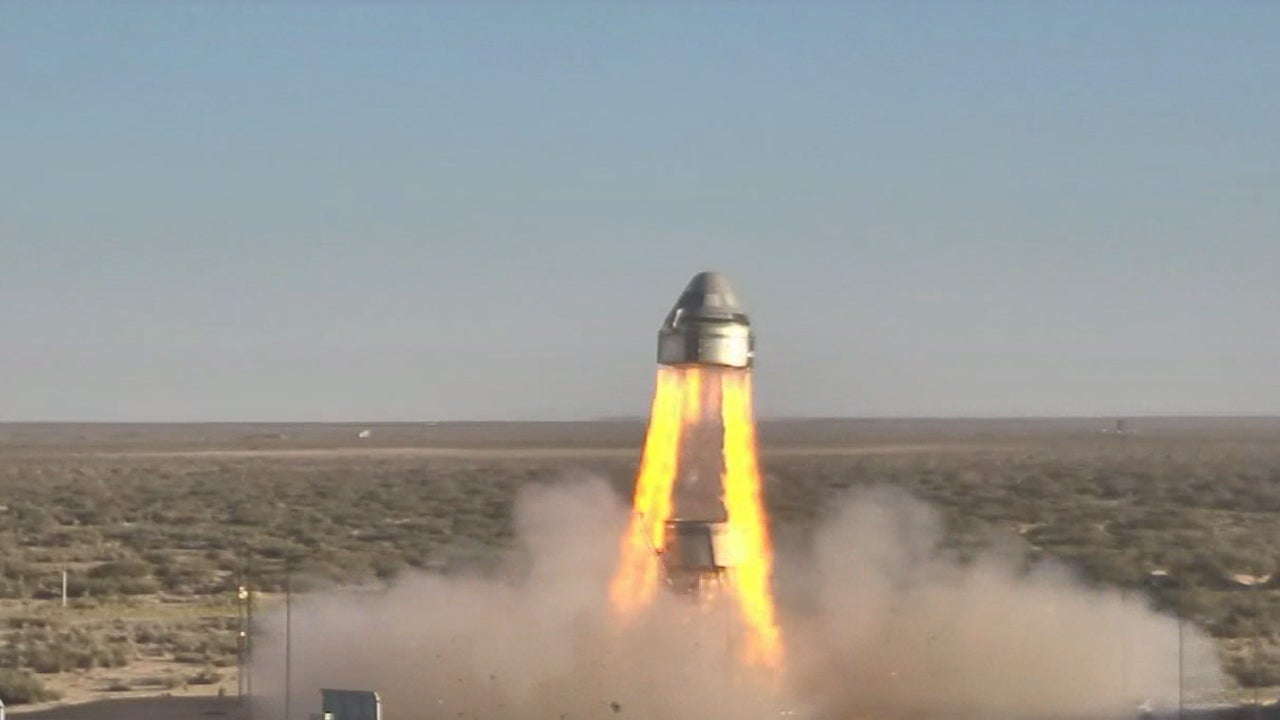 Boeing’s CST-100 Starliner’s four launch abort engines and several orbital maneuvering and attitude control thrusters ignite in the company’s Pad Abort Test, pushing the spacecraft away from the test stand with a combined 160,000 pounds of thrust, from Launch Complex 32 on White Sands Missile Range in New Mexico. The test, conducted Nov. 4, 2019, was designed to verify that each of Starliner’s systems will function not only separately, but in concert, to protect astronauts by carrying them safely away from the launch pad in the unlikely event of an emergency prior to liftoff. The Pad Abort Test is Boeing’s first test flight for NASA’s Commercial Crew Program, which is working to launch astronauts on American rockets and spacecraft from American soil for the first time since 2011. NASA JSC/Boeing
SHARE

Had there been a real launchpad emergency, Boeing’s test dummy would have been perfectly safe.

By escaping the launchpad—where a disaster like a rocket explosion could theoretically take place—and touching down nearby, the company’s CST-100 Starliner spacecraft passed a crucial flight test Monday morning. It was one of two major remaining trials before NASA can certify the vehicle ready to carry astronauts to the International Space Station (ISS). Boeing’s Pad Abort Test, as it’s called, came just one day after SpaceX announced a string of successful parachute tests, setting it up for an in-flight safety demonstration later this year. The overdue successes come as welcome news for NASA, which will otherwise be locked out of the ISS after its last ride from the Russian space agency next spring. It could conceivably purchase another one to replace the American astronaut returning to earth next fall, but would need special permission from congress to continue doing business with Russia, which supports Iran’s nuclear program, into 2021.

Meant to simulate the rescue of a crew in the event that the rocket they’re sitting on malfunctions, the Pad Abort Test put every safety system of the Starliner capsule through its paces. From atop a test stand at the U.S. Army’s White Sands Missile Range in New Mexico, the vehicle blasted off and flew away from the launchpad, reaching an altitude of nearly a mile. It then released a series of parachutes to right and slow the craft, which landed gently on a pillow of airbags a minute and a half after launch. One parachute failed to deploy, but the test dummy inside was none the worse for it.

“[It was] really a test of a system that we hope we never have to use,” said NASA commercial crew project manager Kathy Lueders in an interview on Twitter, “but it really gives us confidence when we see all those different aspects of a system tried out and put through an arduous test like this.”

Launchpad anomalies pose especially grave threats to astronauts, according to Boeing, because the crew needs to get away from the rocket it’s sitting on quickly, and the capsule needs to get high enough for the parachutes to work effectively.

But Boeing doesn’t have time to rest on its laurels. After this milestone, both NASA and the company are looking ahead to an Orbital Flight Test, when an uncrewed Starliner will launch, dock with the ISS, and return to Earth. This final test could take place on December 17 of this year, after which NASA can approve the first crewed flight, which will likely happen early next year.

Racing Boeing to the launchpad is SpaceX, which performed a similar Pad Abort Test in 2015. The company highlighted its recent progress on Twitter over the weekend with a video of a parachute dragging a test weight out of an open aircraft, triggering the deployment of three main chutes. The footage, from October 31st, captured the 13th successful parachute test in a row, according to SpaceX. Earlier trials tested a single parachute, while the final Crew Dragon capsule will have four.

SpaceX team has completed 13 successful tests in a row of upgraded Mark 3 parachutes for Crew Dragon. Most recent test demonstrated the parachute system’s ability to land the spacecraft safely in the unlikely event that one of the four main parachutes fails. pic.twitter.com/VJzDeS8UAG

Following a parachute test failure in May, SpaceX CEO Elon Musk considers the system one of the program’s most pressing concerns, NASA administrator Jim Bridenstine said during a visit to the company’s headquarters in October. “Elon has told me, and he’s showed me, that that’s where their priority is,” Bridenstine said, according to SpaceNews. “They’re putting as much resources and manpower as they can to getting those parachutes ready.”

Like Boeing, SpaceX also faces one major hurdle before it can fly its first astronauts—an in-flight abort where the Crew Dragon will launch from the pad as if on its way to space, and then demonstrate the ability to bail out and land. The capsule arrived in Cape Canaveral last month, and Musk expects it to fly before the end of the year.

While it’s good news that Boeing and SpaceX seem poised to fly crews in early 2020, spaceflight timelines are notoriously difficult to hit. Both capsules were once supposed to fly in 2017, but have suffered continual delays. NASA’s last ride to the ISS aboard Russia’s Soyuz spacecraft leaves next spring, so any additional holdups to the SpaceX and Boeing programs could put the space agency’s access to the space station at risk. The situation has caused “full panic” at NASA, according to reporting by Eric Berger of Ars Technica.

But with testing targets now being measured in weeks rather than years, both Boeing and SpaceX are hoping to deliver NASA out-of-this-world holiday gifts: vehicles that can get anybody to and from the ISS safely, test dummies and humans alike.