Some argue this is another step to take science out of the agency's decision making. 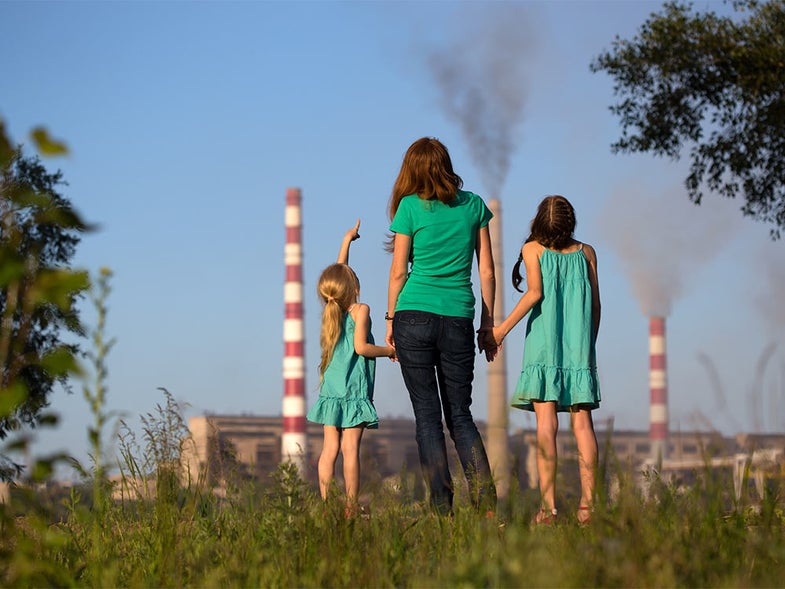 When the Environmental Protection Agency announced last Wednesday that a seven-member advisory board would lead a review of national standards that safeguard the air we breathe, Christopher Frey wondered what that meant for the panel of 26 experts already selected by the agency in 2016 to do the job.

It wasn’t until the next day that Frey, a professor of environmental engineering at North Carolina State University and a consultant on the 26-person panel, received two forwarded emails from the EPA informing him that his expertise was no longer needed. The original panel created to study fine particulate matter—microscopic specks of dirt, soot, smoke, and other tiny pollutants—had been disbanded. The EPA also scrapped plans to assemble a similarly-sized expert group to review ozone, more commonly known as smog, a pollutant that constricts the airways and exacerbates respiratory conditions including asthma, emphysema, and chronic bronchitis.

Prior to the emails, the EPA had given no indication that it was getting rid of the review panels, Frey says. “It was done secretly and announced as a fait accompli.”

Instead, both national air quality standards will be reviewed by a pulmonary physician, five representatives from local, state, and federal environmental agencies (including an aquatic ecology and invasive species expert with the U.S. Army Corps of Engineers), and a consultant whose clients have included the American Petroleum Institute, the American Chemistry Council, and tobacco company Philip Morris International. These seven individuals, many of whom were picked by Acting Administrator Andrew Wheeler to independently advise the EPA on air issues, make up the Clean Air Science Advisory Committee, or CASAC.

“A seven-member panel just doesn’t have the expertise that these review panels have,” says former CASAC chair Ana Diez Roux, a dean and professor of epidemiology at Drexel University. Roux was originally supposed to chair the panel but was rotated off after her second term leading CASAC ended last year. “Having these panels of experts is how we as a society can ensure that we are objectively evaluating the scientific evidence and using it to establish standards necessary to protect public health.”

Furthermore, cutting back on science opens the process up to influences from other interests that may not see public welfare as their first priority, Roux says.

Under the Clean Air Act, the EPA must review national air quality standards for six key pollutants, including particulate matter and ozone, every five years, though the process often takes longer. Standards for fine particulate pollution and ozone were last set in 2012 and 2015, respectively, with industry groups objecting that the updated standards for both pollutants were too stringent and environmental groups arguing the opposite.

Normally, each review is conducted in three stages to assess the science, risk and exposure, and policy implications for each air pollutant. These assessments are then reviewed by an independent panel of experts made up of CASAC members and an array of scientists selected for their area of expertise, who send their recommendations back to EPA. The goal is to consider whether the standard adequately protects public health or needs revision based on the most up-to-date scientific evidence.

In April, Pruitt unveiled a proposed rule to prevent the agency from considering studies that use “secret science,” including epidemiological studies based on private personal health data. Perhaps not coincidentally, the crusade for “transparency” in science originated from industry backlash to a 1993 Harvard Six Cities Study (whose author was on the disbanded particulate matter review panel) and a 1995 American Cancer Society study. Both studies found statistically significant associations between fine particle pollution and increased death rates, which compelled the EPA to start regulating fine particulate matter as an air pollutant in 1997.

In May, Pruitt also ordered the agency to consider the economic costs of setting air quality standards and to “seek efficiencies” by potentially combining the science, risk and exposure, and policy assessments into a single review, further stoking fears that the agency would sideline science in its decision-making process.

Since the EPA under Wheeler says it will release a distinct science assessment for particulate matter in the next two weeks, all eyes are watching to see which scientific studies make the cut.

Last year, a landmark New England Journal of Medicine study analyzing Medicare data from almost 61 million individuals found a strong relationship between shortened life expectancy and exposure to fine particle pollution—even at levels below the current annual standard of 12 µg/m3. This was especially true for men, minorities, and people with lower incomes.

“It’s very notable because of its sample size. The findings are statistically significant. And it would meet the requirements of the transparency rule,” Frey says. “I don’t want to prejudge too much because it needs to be looked at in detail, but it’s an example of a study that’s likely to be significant.”

That’s why it’s so important to have a multi-disciplinary panel of experts with in-depth knowledge of different areas including air quality monitoring techniques, modeling, human exposure pathways, toxicology, epidemiology, medicine, statistics and risk assessment, Frey says. “To have the same seven people reviewing two of arguably the most important air quality standards on a shortened schedule—when there’s a lot of new science—is just not credible.”