Air pollution might make it harder to get pregnant

Public health researchers across the country have found growing evidence of a relationship between air pollution and fertility. 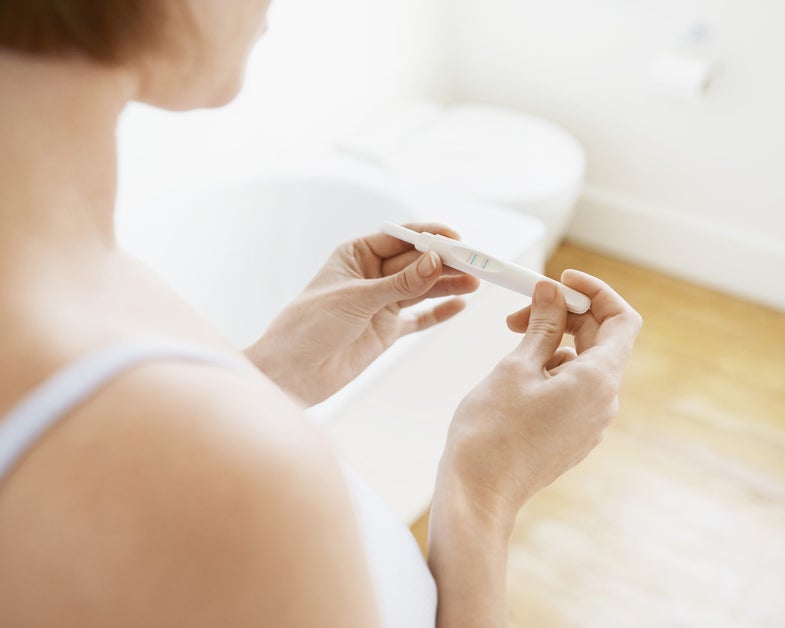 Between 2001 and 2011, eight power plants burning coal and oil in California closed down. The plants were scattered throughout the state: up north, by Humbolt Bay, down to the southern border, in Brawley. Like all power plants, they released particulate matter, sulfur dioxide (SO2), lead, and other compounds—exposing people living nearby to the polluted air.

The power plant closures were, in a way, a natural experiment, allowing researchers the rare opportunity to measure the effects of removing pollution from the community. The resulting research provided a clear demonstration of an emerging public health problem—the link between poor air quality and reduced fertility.

“There’s growing evidence that there may be a relationship between air pollution and fertility,” says study author Joan Casey, a postdoctoral scholar in the School of Public Health at the University of California at Berkeley. “It’s really convincing that something might be going on.”

Air pollution kills millions annually, and has been linked to health problems ranging from cardiovascular disease to Alzheimer’s. The World Health Organization considers bad air the world’s largest single environmental health risk, and scientists are still working to pin down the full scope of the damage it can do. Fertility is one area of focus.

“One of the reasons that people focus on reproductive outcomes is that we can see the effects of environmental exposures more immedietly than something like cardiovascular disease, where we wait decades to see an impact,” says Audrey Gaskins, a researcher at the Harvard T.H. Chan School of Public Health. “These early reproductive endpoints are like a canary in the coal mine—if we’re seeing an effect on fertility, and pregnancy loss, it’s a sign that the pollution is acting on the body in a way that’s detrimental. Who knows what else we’re going to see.”

Gaskins studies the effect of environmental exposures like air pollution on women undergoing in-vitro fertilization procedures in order to become pregnant. Because the timeline of an IVF pregnancy is so closely watched and regulated, she can work to pin down the time during a pregnancy attempt that air pollution might have the strongest effect. “We know the day that fertilization happens, the day embryos are transferred, the day of implantation,” she says. “We would never be able to know that with a spontaneous pregnancy.”

In a study published in June, Gaskins found that women undergoing IVF who lived closer to major roadways—and, therefore, closer to traffic-related air pollution—had a lower likelihood of a successful embryo implantation and live birth. A 2010 study had reached a similar conclusion: Women had lower odds of a successful pregnancy after IVF if they had more exposure to air pollutants, particularly nitrogen dioxide (which is produced by cars and trucks).

Those two studies are not outliers. Shruthi Mahalingaiah, an assistant professor of epidemiology, obstetrics, and gynecology at the Boston University School of Medicine, found a small increase in infertility in women living closer to roads when they analyzed data from the Nurses Health Study, a longitudinal investigation of factors contributing to chronic disease in women. For women in Barcelona, each increase of around 3.5 micrograms per cubic meter of particulate matter led to a 13 percent reduction in fertility, according to a 2014 study.

“We have little bits of data from the embryos and IVF studies, the population studies, the natural experiment studies like the plants shutting down,” Mahalingaiah says. “We’re putting together the big picture story.”

The story doesn’t just focus on women and the female reproductive system—sperm are probably affected by poor air quality, as well. Every 5 microgram per cubic meter of fine particulate matter was associated with a drop off in normal sperm shape and size for men in one study in Taiwan, for example, and for men in Salt Lake City, exposure to air pollution reduced sperm’s ability to move properly. Air pollution exposure also increases sperm DNA fragmentation, which can lead to infertility and miscarriage.

While there’s new interest in the relationship between air quality and fertility from public health research, the idea isn’t new to many reproductive specialists—in-vitro fertilization labs and clinics took note of the detrimental effects of pollutants early. They had a medical incentive and, likely, a financial one as well because the success of their business depends on consistent, high rates of successful implantations and pregnancies. “The REI [reproductive endocrinology] community internalized this a long time ago,” Mahalingaiah says. Fifteen years of research shows that controlling the air in the lab where embryos are fertilized or implanted (using filtration systems) improves the live birth rate, and both the European Union and Brazil have air quality regulations in place for IVF labs, though the United States does not. “All lab directors are upping their air quality metrics,” she says.

Scientists are still working to identify the reason that airborne pollutants affect fertility, and there are multiple theories for the mechanisms at play. “Systemic and chronic inflammation or biological stress caused by the pollutants is probably one of the key factors,” Mahalingaiah says. Those particles can also contain tiny bits of heavy metals, which might interfere with the hormone systems that are important for reproduction; pollutants might alter or disrupt DNA and other genetic material in sperm and eggs.

The risks of these pollutants carry on past the successful start of a pregnancy, as well—exposures have also been linked to both higher rates of preterm birth and increased odds of low birth weight as pollutant concentrations increase. “A lot of people see reproductive outcomes as a continuum,” Gaskins says. “A lot of women experience trouble becoming pregnant, they experience trouble carrying a baby to term, and so on.”

Under the current presidential administration in the United States, action on environmental issues like air pollution has been deprioritized, and in many cases, policies designed to improve air quality have been rolled back. Notably, just last month, the Environmental Protection Agency disbanded expert panels tasked with reviewing and evaluating air quality standards. Work into air pollution and fertility is still in nascent stages, and there are questions left to answer in that space, but the current regulatory landscape means the work is even less likely to be incorporated into policy conversations—even though overall fertility trends are sparking concern.

Regardless, Gaskins says that it usually takes some time for policy to catch up to new areas of research. “As we start putting out more and more good research demonstrating this link, more likely to be used in policy. Most of the research has been in the past 5 years,” she says. “I think it will eventually become more of a topic of conversation, and it’ll be interesting to see when that happens.”

Mahalingaiah, though, says that women’s health and fertility should already start to be incorporated into narratives around air quality. She noted that air pollution disproportionately affects under-resourced populations and communities of color, where people may have less access to fertility specialists and treatment if they have trouble conceiving or carrying to term. And outside of the United States, in places like India—where air quality is significantly and consistently worse—the issue is even more important.

“Air pollution and fertility should be part of the picture around global health,” she says. “We want to reduce emissions, because they’re reducing fertility. I want women’s and reproductive health to be added into these conversations.”