The EPA is keeping a troubling new study on drinking water under wraps. Here’s what you need to know.

Will Scott Pruitt release it ahead of next week’s summit on harmful chemicals in water? 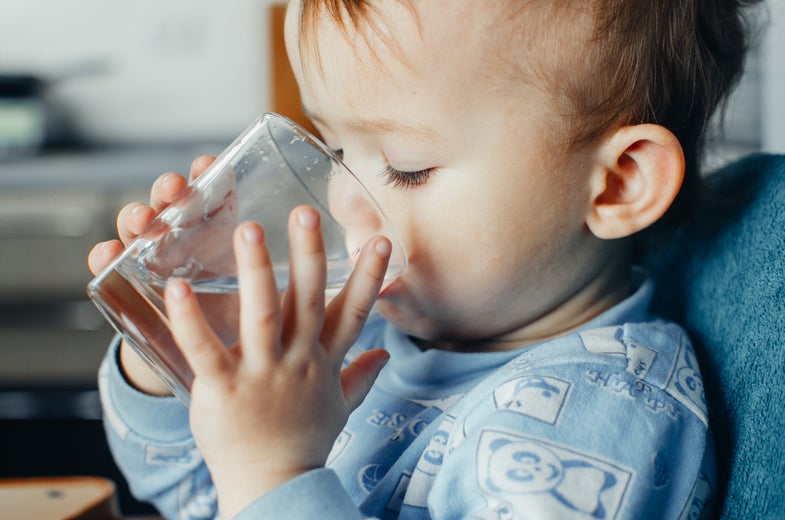 The Environmental Protection Agency has been in the news a lot lately, thanks in large part to its administrator, Scott Pruitt, who appeared before a Senate Appropriations subcommittee Wednesday as part of the 12 ongoing federal inquiries into his spending, record-keeping, and his behavior as head of the agency. But another issue may be making the headlines soon—and it’s closer to home than it is to Washington. It’s in your tap, in fact.

By now, contamination of our water supply by perchlorates—a specific class of chemical produced in industrial settings—is a given, though until early 2011 they weren’t on the EPA’s list of drinking water contaminants. Since then, the agency has established guidelines about how much of some per- and polyfluoroalkyl substances (PFASs)—namely perfluorooctane sulfonate (PFOS) and perfluorooctanoate (PFOA)—can be in drinking water before it poses a significant public health risk. But it’s muzzling another government agency whose new report gives much lower safe drinking water levels than those suggested by the EPA

This is important for a few reasons, but among them is the fact that the EPA doesn’t actually regulate the levels of PFOA and PFOS in drinking water. What it’s done is create an established “healthy advisory level” which is the same for both: 70 parts per trillion. Health advisory levels are just supposed to give information, not to actively regulate chemicals in drinking water across the country.

But there’s a strong case for regulating these two chemicals and other PFASs: a significant body of scientific research suggests that they’re bad for us, in pretty much any quantity. That’s because they stick around and accumulate in living things over time, permeating soil and water and traveling up the food chain. They’ve been associated with issues in pregnancy and birth and some cancers, but scientists are still trying to understand how precisely they impact human and environmental health, as well as what to do about it.

Drinking water advisories would be a start, but a new study suggests the current health advisory levels might not even be low enough to really address the problem. According to emails obtained as part of a Freedom of Information Act request by the Union of Concerned Scientists, the suggested levels in a study produced by the federal public health agency in charge of toxins are much, much lower for some populations of Americans.

The Agency For Toxic Substances and Disease Registry study, completed in draft form in January 2018, has not been made available to media or to the public. It was originally supposed to appear on the Federal Register in January, but the emails reveal that the EPA questioned ATSDR numbers, and the study has been stalled ever since. According to a Politico article published on Wednesday, there is no timeline for its release.

Without seeing the study itself it’s impossible to say what the exact numbers for PFOA and PFOS are. But the emails contain some pretty blunt statements about the overall direction of the report. “The [Toxicological] Profile has some very, very low ‘Minimal Risk Level’ (MRL) numbers,” an unidentified White House staffer wrote. “There are numbers for adults and children for each compound, ranging from as low as 12 ppt to 516 ppt. But the public and the media are going to go with the lowest number—12 ppt” As Politico reported Monday, the staffer went on to write that “The impact to EPA and [Department of Defence] is going to be extremely painful.” It would be a “public relations nightmare,” the staffer wrote.

The big question right now is if the EPA will release the study before the agency’s own summit on PFOAS next week. The normal procedure when studies of this type are released in the Federal Register is that stakeholders—the public, scientists, other organizations—scrutinize the draft study, question the methodology and the results, and then things proceed forward from there. But a look at the email chain shows staffers trying to do that kind of scrutiny internally, and make decisions about whether to release it based on their analysis rather than the broader and more transparent established process. That’s part of a “broader pattern” within Pruitt’s EPA, UCO spokesperson Yogin Kothari told Popular Science.

“This is a perfect example of how Scott Pruitt operates,” he said, “and how this administration operates. They should be listening to evidence and using it to help solve threats to people’s health. But they’re not. They’re sidelining science and they’re sidelining reports because they don’t want to deal with the political fallout, and that’s what the email chain really shows.”

This is also happening at an important time for the government’s perspective on PFAS. Next week, the EPA will host a summit of about 200 people to discuss what to do about these chemicals, which are found in levels of more than 70 ppt at sites across the country. Because of bioaccumulation, though, there’s no knowing where they will turn up.

The ATSDR report would add to that summit in more ways than one. “In order to have a successful summit, you need to have the information out there,” says Kothari. If the study is up for discussion at the summit, he says, it will “allow for a fuller conversation about what the solutions are.”

For now, a study drafted in the service of the American public is sitting in limbo, hidden from public eyes—which seems like the opposite of Pruitt’s drive for transparency. According to the emails, the hold-up has nothing to do with science: it’s a matter of political posturing.

You can read the full emails related to the ASTDR study on the UCO website.

Popular Science approached the EPA for comment, but had not received one by press time.