How worried should I really be about carcinogens?

Some concern is beneficial but obsessing is often futile. 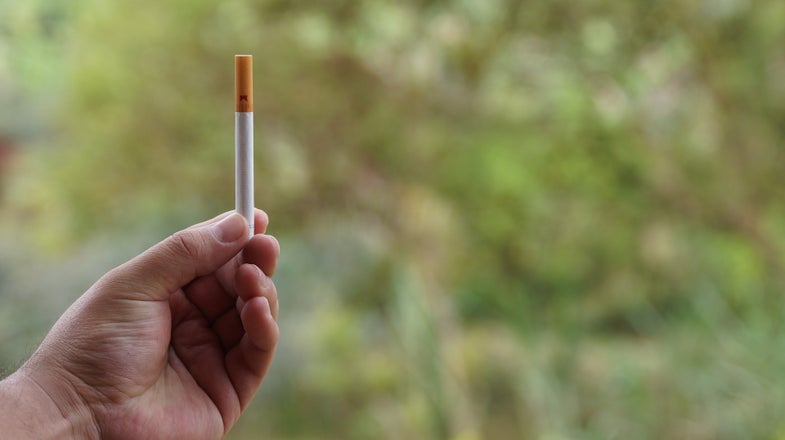 News articles over the past few years have implicated everything from sunlight’s ultraviolet radiation to burnt toast as potential carcinogens, or cancer-causing substances. So, should you be rushing to cut these everyday exposures out of your life? Well, it depends on the material you are talking about, and how much and how often you are in contact with it.

There’s no doubt that certain substances do increase your risk of developing cancer. For example, public health organizations maintain that the chemicals in cigarettes are formidable carcinogens—and these claims are backed by years of research. Even ultraviolet (UV) radiation (found in sunlight) has been shown to change cells in ways that make them cancerous.

But the evidence isn’t always so convincing. Although scientists might disagree on whether a specific substance is a carcinogen, they do reach a consensus that carcinogens increase your risk of developing cancer, and in many cases that’s all—it doesn’t mean that you’ll definitely develop cancer or that it will happen right away.

How do carcinogens cause cancer?

The first steps in the transformation of a normal cell into a cancerous cell happen at the level of the DNA, a remarkably complex foundation for our normal functions; in three billion individual nucleotides (the alphabet of DNA’s code), it encodes all the instructions required for any cell to survive.

But as cells divide and pass down their DNA, these instructions have to be re-copied each time. It’s pretty hard to make perfect copies each time (just try typing out War and Peace without making any typos.) With billions of new cells produced in an individual each day, there are a lot of opportunities for error. And when those mistakes happen in the parts of the genome that code instructions for processes like cell replication, you can end up with a cell that grows abnormally quickly.

The body isn’t helpless against these errors. Just like us writers over here at PopSci, cells have proofreaders. These proteins can identify and fix individual mistakes and other types of DNA damage. However, some cells have more robust repair responses and others are more vulnerable, says John Groopman, a professor at Johns Hopkins University. This gives people different baseline levels of resilience against cancer development. A recent study suggested that two-thirds of the mutations that lead to cancer are just routine errors that arise in the DNA during replication.

But the other big mutation source comes from our environments, including which carcinogens, and in what amounts, we are exposed to. And to complicate things further, carcinogens work in different ways to lead to these mutations. For example, UV radiation damages parts of the DNA, while arsenic keeps your cells’ repair mechanisms from fixing mistakes. That’s why cancer is often thought of as a cumulative process: Many factors can lead to the transformation of a cell from normal to cancerous, including inherited and carcinogen-driven DNA damage and faulty repair mechanisms.

How do I know which carcinogens are worth worrying about?

Some words of wisdom about carcinogens: “It’s very important that we don’t drive ourselves crazy,” says Linda Birnbaum, director of the National Institute of Environmental Health Sciences and the National Toxicology Program. “Try to make reasonable decisions and avoid excessive exposure.”

However, when it comes down to it, many carcinogens do pose a real risk. Take smoking, for example. The most important thing you can do to decrease your risk of cancer is to quit smoking, says Susan Gapstur, vice president of the Epidemiology Research Program at the American Cancer Society. That advice is based on years of correlational studies that found increased rates of lung cancer in people who also smoked cigarettes as well as studies looking at the effects that the chemicals in cigarettes can have on cells’ DNA.

But not every study saying that they’ve found another household carcinogen holds the same level of merit. For example, there might be only one study showing that a substance can cause cancer—”Findings from one study shouldn’t prompt undue concern,” Gapstur says. Other times, studies might only study a substance’s cancer-causing abilities in a laboratory setting, in animals, or at doses that are unrealistic for human exposure. Substances are listed as “known carcinogens” if there is sufficient human data, Birnbaum says.

This disparity is a root cause of much of the confusion around carcinogens, some experts say. Despite what it might seem like, not everything causes cancer, says Jakob Jensen, associate dean and professor of communications at the University of Utah. From his work in cancer communications, Jensen has found that the widespread conception that carcinogens are everywhere makes people feel like it’s out of their control and that there’s nothing they can do to decrease their risk of developing cancer. But that’s not true.

If you want learn more about carcinogens, check out the lists of carcinogens published by the World Health Organization’s International Agency for Research on Cancer, the National Toxicology Program (under the umbrella of the National Institutes of Health), or the American Cancer Society. These organizations do the hard work for you: They comb through existing studies and evaluate what they actually mean for your cancer risk.

What can I (reasonably) do to protect myself from carcinogens?

A glance at the list of carcinogens might initially overwhelm you and as just one individual, you will never need to worry about all of them. Ever heard of 1,2-Dichloropropane? It’s a byproduct of making dry cleaning chemicals, so unless you work in the chemical manufacturing industry, you probably don’t have to worry about it. Many of the items listed are used in manufacturing, and some are more dangerous than the items they turn into (for example, vinyl chloride can cause liver cancer, but is safe once it is turned into solid PVC pipes, found in many homes). A number of them are actually drugs, some of which actually treat cancer itself.

That being said, you’re not off the hook: There’s a lot that you can do to actively minimize your risk of developing cancer from other major carcinogens, like UV radiation, tobacco, alcohol, and certain viruses, for starters. Carcinogens are surprisingly slow-acting, which gives you the opportunity to systematically make good decisions over time, Jensen says.

“The period of time that it takes from the beginning of a cancer in your body to the time that it’s diagnosed can cover decades,” Groopman says. “As a consequence of that, it gives us extremely long periods of time for early detection screening and prevention strategies.”

As Birnbaum advises, reduce your exposure as much as possible. For example, you can’t always avoid the UV radiation in the sun’s rays, but wearing sunscreen with UV protection on particularly sunny days and avoiding artificial tanning beds can help. Quitting smoking and drinking less alcohol can improve your health in more ways than just reducing cancer risk. And getting vaccinated against cancer-causing viruses like hepatitis B and C and human papilloma virus (HPV) will also provide some proven benefit; viruses have long played a role in causing cancer, and five more types were added to the National Toxicology Program’s Report on Carcinogens just last year.

A good place to start is your daily lifestyle. It might come as a surprise, but a nutritious diet and physical activity can reduce your risk of cancer. Obesity and diabetes contribute to certain types of cancer because they affect levels of hormones, immune system activity, and disrupt other processes in the body, Gapstur says. Regular cancer screenings are also invaluable because they can catch abnormal cells before they cause cancer symptoms.

“Being healthier at the time of diagnosis also means that you’re going to do better in terms of therapeutic course,” Groopman says. “The healthier you are, the healthier you’ll be.”

We just have to face it: there are carcinogens in the world around us, and we can’t avoid them all. But, being exposed to carcinogens isn’t synonymous with getting cancer. There’s a lot that we can do to reduce our risk. So, be smart and don’t stress out—we have more power against carcinogens than we might think.

ask anything
ask popsci
Ask Us Anything
cancer
carcinogens